I explain everything you need to know about the Orzeca's Treasure in Black Desert Mobile includes how to entry, requirements and treasure type. 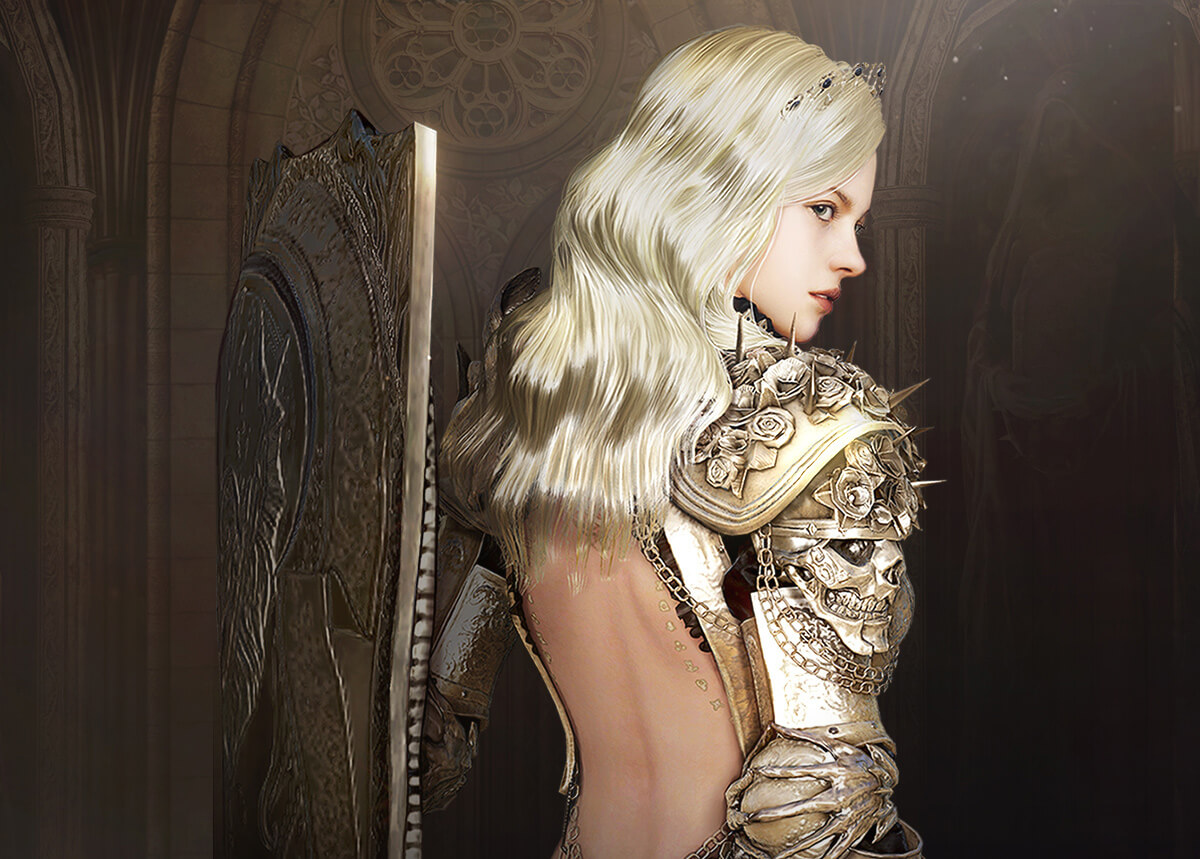 Entry and use requirements 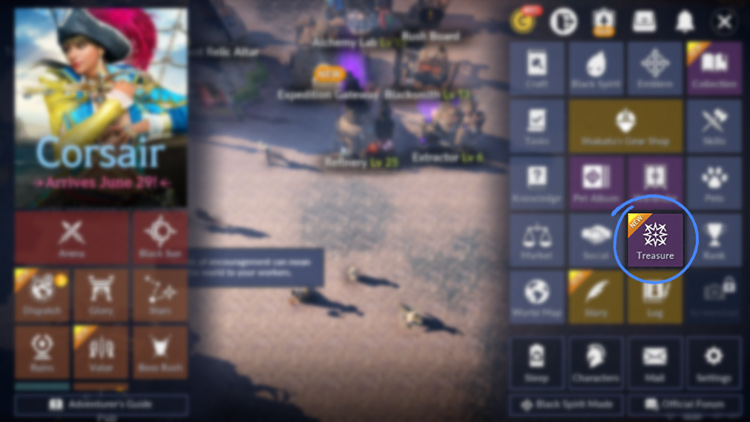 To access the Treasure System, you will need to build Orzeca’s Garden in your camp after upgrading your Town Hall to Tier 8. 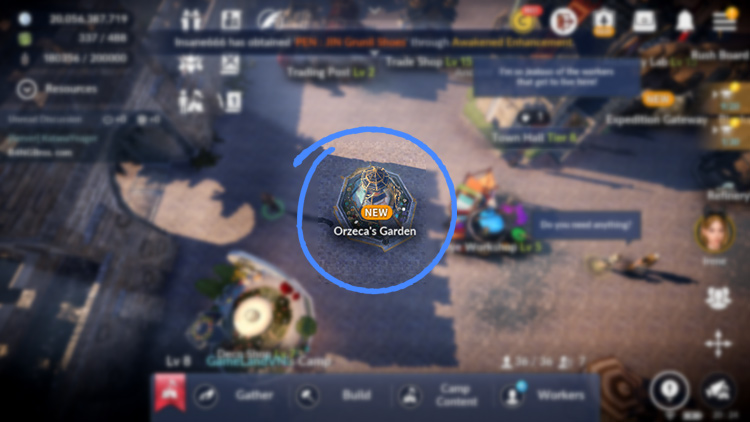 Use the clues in Orzeca’s Garden to collect the required material for the Treasure.

Due to the addition of the Treasure system, Appraise Treasure has been changed to Appraise.

Ornette’s Blessed Potion can be passed along between different family characters through the Storage in your Camp. 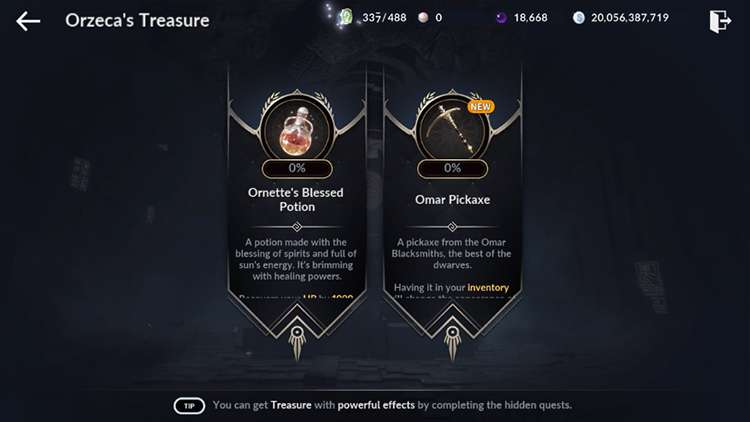 Hadum’s Lantern: Maintain the Tension of Red Heartbeats to obtain.

Kamasylve’s Delicate Leaf: Two breaths touch the three leaves, give to the one who is shunned, but revered.

Atanis’ Tranquility: Something useless on its own give it to the one who stays in the same place, untouchable by the sun.

Cipher of Light: Extinguish the heartbeat coming from the relentless eye of the storm.

Ancient Seed: Under the sun, put those awakened from a long slumber back to sleep.

Eliza’s Comb: Maintain the Tension of Red Heartbeats to obtain.

Tulia’s Crystal Ball: Two breaths touch the three leaves, give to the one who is shunned, but revered.

Star of the Lake: Something useless on its own give it to the one who stays in the same place, untouchable by the sun.

Kanadja Mos Jar: What you need when you’re having guests – give to the one who likes wagers.

Sword of Bareeds: Give something that has not fully opened to the one who stands as steadfast as a mountain.

Ring of Vows: What you get if you don’t sway and face them with an unyielding will.

Valtarra’s Flame: Give something gold, its value yet unproven, to the one who serves as a signpost.

Ring of a Thousand-year-old Tree: Give something rahter sturdy to a quiet chatterbox.

Wave of the Forest: The yellow light emitted by coolness creates refreshing waves, so you need honestly to coexist with the forest.

Gardaka Gold Coin: The person who keeps records looks down. Is this person waiting for something sunken somewhere not close and not far?

Golden Sunset Figurehead: According to an unknown prophet which was not even recorded, waht moves the ruler who stands at the top must be a great force that shines from the sky.

Cerantia’s Powder: Golden powder that is used by Cerantia, the spirit of the forest, as she tends to nature. It emits a brilliance that can’t be expressed in words.

Six-Leaf Clover: A Six-Leaf Clover symbolizes a miracle. They are so rare that it is difficult to find them even in a land blessed by spirits.

Botticelli’s Harp: This is the harp used by Botticelli, the bard of Vallottier Wanderers. It has a beautiful sound, but it does not look like an instrument that could be played by just anyone. 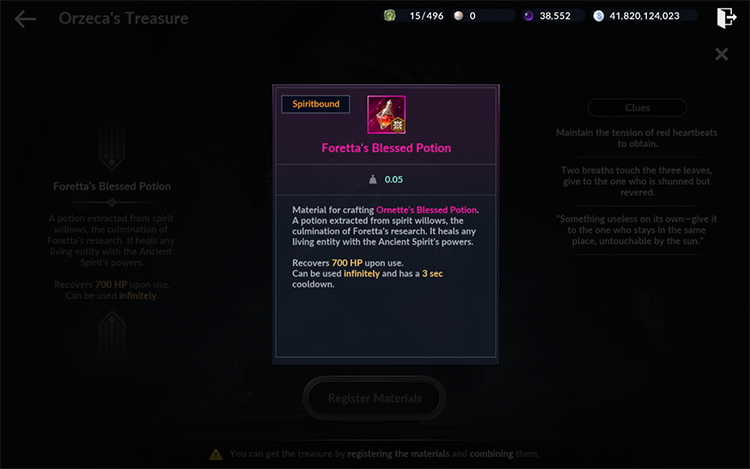 A potion extracted from spirit willows, the culmination of Foretta’s research. It heals any living entity with the Acient Spirit’s power.

Recovers 700 HP upon use. Can be used infinitely and has a 3 sec cooldown.

Kamasylve’s Delicate Leaf: A delicate leaf from the branch of the Kamasylve, bearing a mystical hue.

Hadum’s Lantern: It contains the energy of Hadum, known as the god of darkness and death and radiates an obscure light.

Atanis’ Tranquility: A glass bottle containing the tranquility of Atanis’ Pond. You feel a calm energy envelop you when you look at it. 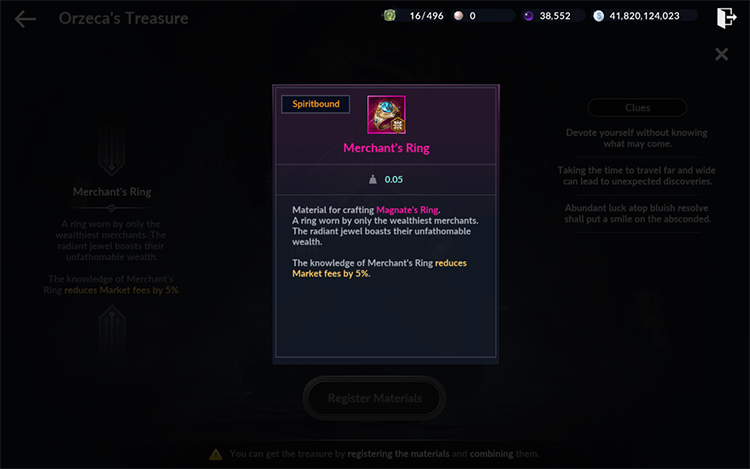 A ring worn by only the wealthies merchants. The radiant jewel boasts their unfathomable wealth.

The knowledge of Merchant’s Ring reduces Market fees by 5%.

Olivian Conch: A conch that looks ordinary at a glance but is of great value among collectors. It only inhabited the warm waters know as the Olivian Sea long ago. It has now become even rarer since only its shells can be discovered after the sea was incorporated into the Balenos – Calpheon Sea.

Crow’s Eye: A radiant gem that gives off a dark light similar to obsidian. Gaze into the gem, and the gem gazes back. They say that this gem will bring you luck, although no one knows how the gem was made.

Blue Audria: An audria with rare blue petals. It has a mystical aura, unlike the white audria from the legend of Krogdalo. 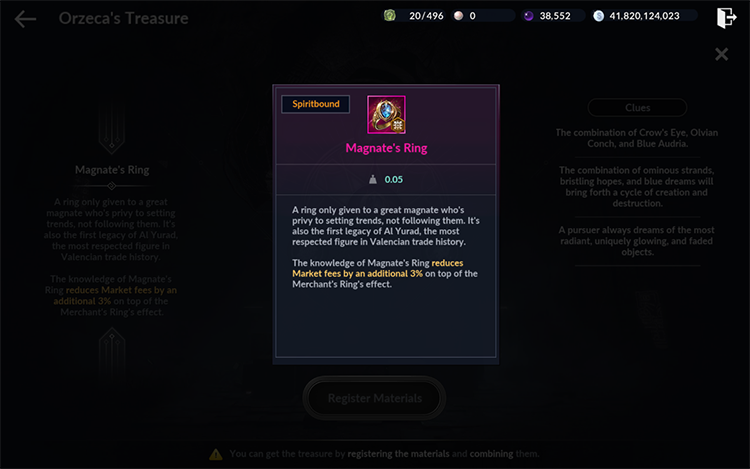 A ring only given to a great magnate who’s privy to setting trends, not following them. It’s also the first legacy of Al Yurad, the most respected figure in Valencia trade history.

The knowledge of Magnate’s Ring reduces Market fees by an additional 3% on top of the Merchant’s Ring effect.

Merchant’s Ring: A ring worn by only the wealthies merchants. The radiant jewel boasts their unfathomable wealth. The knowledge of Merchant’s Ring reduces Market fees by 5%.

Muremos’ Records: Written record of the words of the Muremos, who are known to have seen everything. It’s written in text that’s difficult to decipher, but even if it could be understood, not all would be able to accept the meaning behind it.

Black Dragon Tablet: A tablet with small gems engraved in it in the shape of the Black Dragon constellation. No one knows who made it, but legends say whoever owns it will gain wealth and fame. 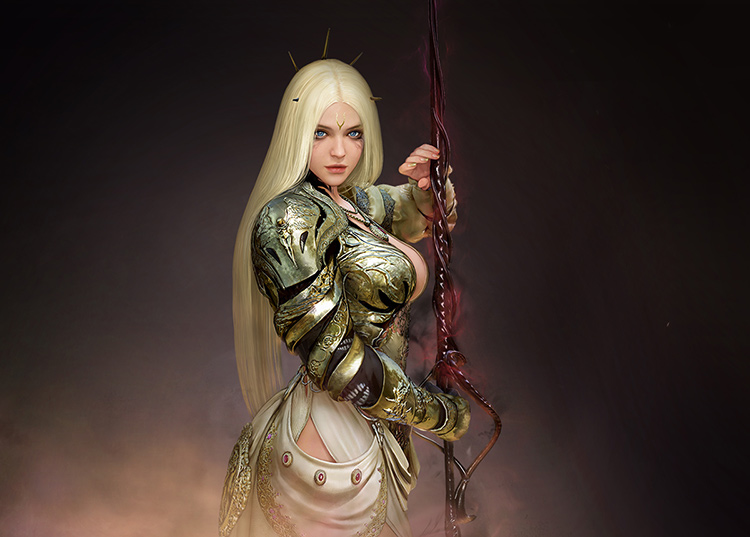 Well that’s completely useless
I want to know where and how to get the the items required to craft these items, not the exact same details the idiots at pearl abyss put in the in game description