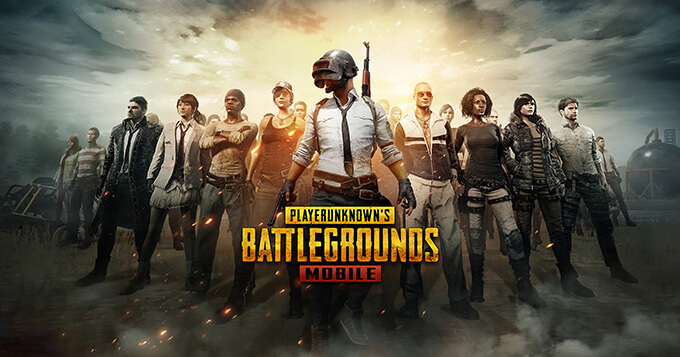 Q1: How is “Sanhok” different from the previous two maps?

A： First, Sanhok is only 4×4 km in size, which is only a quarter of the two older maps. Players will have more intensive and fast-paced battles. Second, Sanhok is a tropical rainforest island with compact blocks of buildings. This means there will be a lot of mid and close-range contests, so those who are good at sniping may need to change their game strategies. Lastly, the beautiful sceneries in Sanhok will provide players with a more immersive game experience.

Q2: Why is the map updated via an independent download?

A： We hope the players can choose to download the new map when they need it, instead of being forced to download a lot of resources through a compulsory map update.

Q3: Please introduce the “QBZ” for us (e.g. its role, feel, functions, how it compares with the current weapons)

A：QBZ is a brand-new assault rifle that uses 5.56mm ammo. It is only available on Sanhok and will replace the SCAR-L on this map. With a higher chance to spawn, it will be more common when players choose this map in the game. Compared with the SCAR-L, the QBZ has similar attributes with a slightly higher rate of fire. Its damage is on par with other 5.56mm rifles, so the higher rate of fire means higher dps, albeit at a cost of stability. However, the vast amount of high-level attachments on Sanhok will make up for this. With high single-shot recoil, the QBZ’s long range performance is less satisfactory, so players will need to make good use of its close-range advantages.

Q5: What are the differences between the new spawn island and the old one?

A： We have introduced a “Snap & Share” function on the new spawn island. Before taking off, make a great pose and share it to your friends! A “Display Title” feature is also added. Players will be able to show off their rare titles on the spawn island to alert and scare their opponents!

Q6: What is the seasonal profile?

A： The seasonal profile records the history of players in each season, so every player can witness their own journey!

Q7: What are the changes in the post-match result calculation?

A: In the new version, the winning team will stay on the battlefield for a while, so we can better understand what happened towards the end of each match.

Q8: In the last version, the achievement system was very interesting and provided good rewards. Will there be new achievements in the new version?

A: We will release more interesting achievements in subsequent versions. In the upcoming version, some of the examples are: “Invisible”, “Forager”, “Going Commando”, “Sharpshooter”, “Chicken Expert” and “Nebula Battleground”.

Q9: We have observed less players using hacks, but they still exist. Will there be better anti-hacking procedures? How can the players report the hackers?

A: We have recently expanded our cheating detection library and will be able to identify more types of cheats and hacks. We will continue to apply a zero-tolerance policy against such behaviors. At the same time, we have also added reporting buttons on multiple locations (“Spectate Friend”, “Basic Info” and “Statistics”) to provide our players with more ways to report cheaters.

Q10: Will there be a way to dismantle­ exclusive items if I have repeated items or don’t like them anymore?

A: We have added a “Dismantle Exclusive Items” function in the new version! If you have repeated exclusive items, or you simply don’t like them anymore, you can dismantle them immediately.

Q11: There are too many daily mission rewards. It takes a lot of time to collect each one of them.

A: In the new version, a “Collect All” feature is added in the “Progress Mission”. Players can now collect all the rewards with one tap.

Q12: How will the Royale Pass be calculated in the new season? Will there be new missions?

A: We will re-calculate the Pass points in the new season. Please plan your points well before the current season ends so you can collect the items you want. More mission types have been added in the new season Royale Pass. Players have more ways to win points and redeem their desired items!

Q13: What major bugs have been fixed with the 080 update?

A: In terms of bug fixes, we collect feedback from the player of each update for quick fixing. For the update 070 and 080, the bugs such as the outfits and friend list of clan system display abnormally was fixed. We’ve received that the sensitivity setting issue of 3x and 6x scopes. As well as the rename card unusable issue. We will try our best to solve the issues and release the patch before September 20. It’s more than welcome to submit feedback via in-game customer support. We can see the trend quickly and release the patch to fix it as soon as possible.