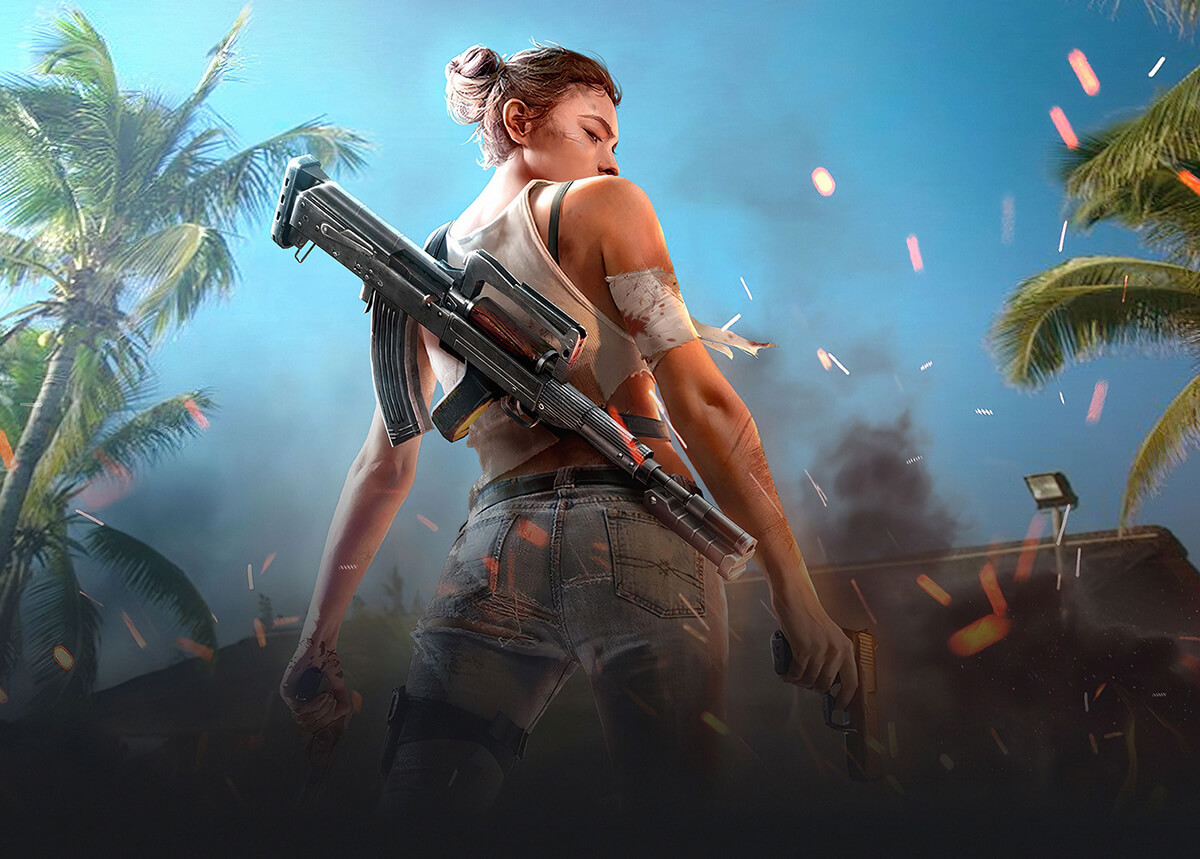 “Clash Squad Season 4 is here! Rank up to Gold III or above to receive the Clash Squad exclusive item – The Golden P90!

For Season 4, we’re making major matchmaking adjustments to increase the quality of every match played. In this new season, premade teams will be matched against each other. After the update, the team formation of both squads should be more balanced. This should make each round of Clash Squad more enjoyable and competitive.”

Players will receive extra Rank Shields upon ranking up.

“Introducing our new weapon- Vector Akimbo. The Vector is the first Akimbo weapon in Free Fire, it has a short effective range, but devastating power in close range. Try it out and let us know which Akimbo weapon you hope to see in the future!”

“Akimbo” – Players can hold one Vector in each hand.

Drop Rate Adjustment in all modes.

“M82B is currently a bit too easy to find on the map, especially in the early game. We are going to reduce the drop rate a bit so players will have to put in more effort in order to find this piece of firearm.”

Reduced the drop rate of M82B in all maps.

“The M4 has been underperforming due to its above-average recoil and a slower rate of fire. We will be giving the M4 a bit more power and range so it can a bit more competitive. After the patch, the M4 should feel a bit more stable and reliable in the medium to long-range.”

“Even after the buff last patch, the performance of the P90 was still a bit underwhelming compared to the other SMGs. We’re increasing the P90’s damage output slightly in exchange for its Magazine extension slot. With these changes, players should feel the extra kick in the P90 with its signature 50 rounds magazine.”

Advanced weapons will now spawn in random locations on the map.

“We’re adding a new currency – Bermuda Shells in the Training Grounds for players who actively participate in minigames and social activities. Use them to exchange for fireworks so you can celebrate with your favorite teammates!”

Music Arcade is now available inside the training grounds.

Dynamic Lighting: The lighting of the Training Grounds will adjust based on real-time lighting.

“The electric surfboard is currently a bit too mobile for opponents to counterplay. We’re slowing its speed and adding some cooldowns to reduce the gap closing power of the surfboard. Players should no longer see others flying across the map with the surfboard after the update.”

The surfboard will now be unequipped upon taking damage.

New page at the main Lobby.

“You can now save up to two sets of in-game HUD for different game modes. You guys asked and we delivered.”

Players can now have 2 sets of saved HUD.

Added entrance in the main Lobby.

“We’re adding a special page for rank mode this patch. In this brand new interface, you guys can view your stats and the season rewards for Battle Royale and Clash Squad rank mode. You can also compete to see who reaches the top of the leaderboard first!”

Available in the Settings Menu.

“We’re allowing you guys to rotate the utility menu so you can adjust the utilities HUD anywhere on the screen.”

“You will now be able to see all Free Fire Partners with their special badge in-game. Spot them out and show them your favorite emote!”

Optimized the kill camera for the Battle Royale Mode.

Optimized in-game tires so players can control their motion while airborne.

Players can now re-follow the jumpmaster while parachuting.

Most secondary weapons will now show display on players’ model.