This month sees some MINOR changes… We take a look at Golem, Earthquake, Miner, Cannon and Cannon Cart! 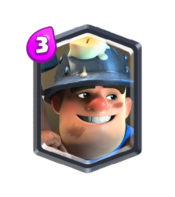 Miner is perhaps the most versatile Troop in the entire game, providing a primary or secondary win condition while also removing defenders. The biggest issue we saw with Miner is that the higher skill you got, the more necessary Miner became. Miner was the single most played card in top end Challenge battles or Ultimate Champion league, with an eye-popping 42% usage while maintaining a high win rate. The second place card, Zap, clocks in at 32%.

Miner has been given a damage reduction against Crown Towers that is very similar to Spells.

A while back, Spells were nerfed to deal 35% damage to Towers instead of 40%. We are matching that amount for consistency to reduce Miner’s effectiveness as a win condition. His massive use rate and versatility will keep Miner in the meta, but hopefully reduce him from a must-play at high levels to a more balanced choice within the meta. 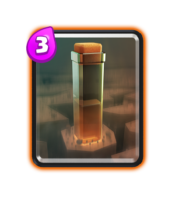 When Tesla is underground, Earthquake will now damage it. Simple! 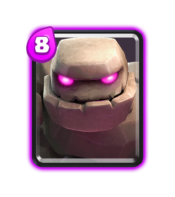 Golemites have two annoying factors, they do quite a bit of Damage if ignored and don’t destroy Skeletons when they explode. We have shifted Golemite’s Damage towards the explosion, meaning they do less Damage over time but have a bit more upfront Death Damage for clearing swarms when they explode. 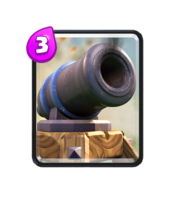 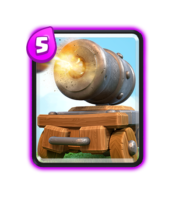 Bomb Tower is currently the most popular building in the game by a large margin. We considered nerfing it, but wanted to follow our process of buffing possible alternatives.

Cannon has been sitting at around a 42-45% win rate, and while Cannon Cart does slightly better, it’s still down at a 1% use rate. This mutual buff increases Damage per second against ground tanks.

We have also put the following changes live in the 3rd March maintenance:

Some troops were finding it tough to battle on top of a giant moving cake, so we’ve found a rest stop!

The new Arena, Birthday Battlefield, is now static in 1v1 with no movement effects, and is significantly slowed down in 2v2.

The Pokémon Company has announced that Sylveon is next Pokémon in Pokémon UNITE. This is a playful Ranged Attacker.