Esports organization Immortals today announced that it has acquired a team from Brazil to compete in the Rainbow Six: Siege Pro League. Immortals’ entry into the Rainbow Six: Siege Pro League represents the brand’s first expansion in Latin America and is part of a comprehensive deal between Immortals and Ubisoft, the game’s publisher. While the team will be branded Immortals, the players and staff will continue to operate out of Sao Paulo.

“We are thrilled to enter the Brazilian esports scene,” said Noah Whinston, CEO of Immortals. “The Brazilian market is characterized by intensely passionate fans, great esports brands and events, and highly skilled players, which makes it an ideal market for our organization to target and prioritize. We look forward to competing in the Rainbow Six: Siege Pro League and making a mark in Brazil for years to come.” 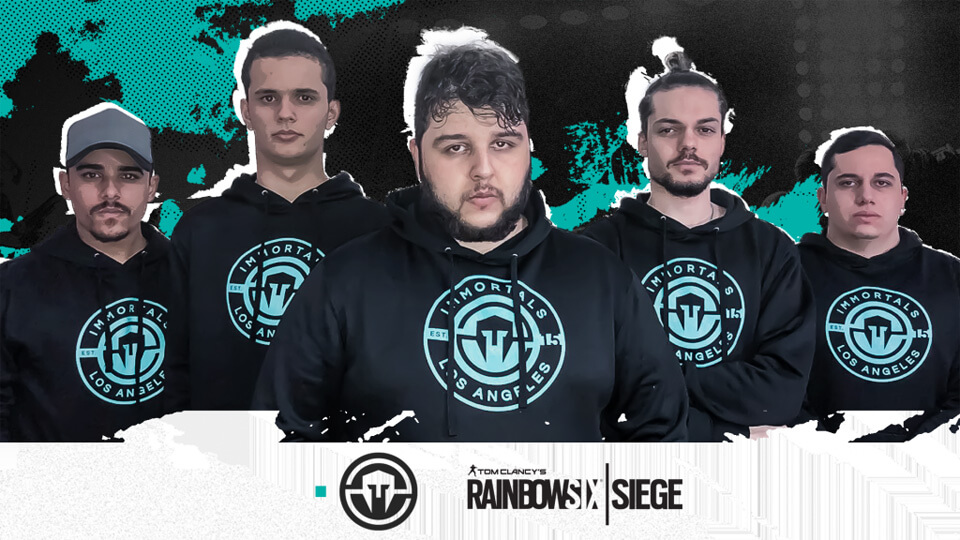 Players on the new Immortals “Rainbow Six: Siege” team include (L to R):

Ubisoft, the publisher of Rainbow Six: Siege, will feature Immortals branded items in-game for purchase, including a charm and weapon skin, so that all players will be able to show off their Immortals fandom. The new Immortals team will benefit from the organization’s recently announced Razer partnership through the use of Razer’s esports-grade PC peripherals, including equipment comprising of mice, keyboards, headsets, and surfaces.

“As we prepare for this year’s Rainbow Six: Siege Pro League in Brazil, the team is excited to work with Immortals to develop a unique brand identity that will appeal to esports fans all across Brazil,” said Bertrand Chaverot, Managing Director of Ubisoft Latin America. “Brazilian esports teams hold an undying dedication among their fans, and we believe this partnership will lead to an exciting Pro League season.”

Rainbow Six: Siege Pro League will be returning to Brazil this Fall when eight pro league teams from all regions of the world are set to compete at the Jeunesse Arena (Olympic Park) in Rio de Janeiro on November 17 and 18 in front of 12,000 fans.