We know you have all been asking for bug fixes over the holiday season, and we are here to deliver. We’ve patched up a number of issues across Battle Royale and Save the World and made a number of quality of life improvements in this patch. 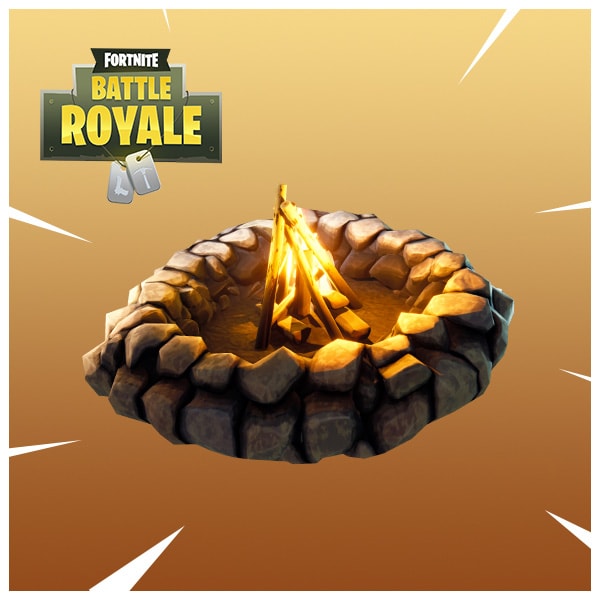 It’s cold outside! Gather around the fire with friends and heal up before your next battle. This healing trap must be placed on a floor and persists for 25 seconds.

Introducing ShadowPlay Highlights from NVIDIA! No longer will your friends have to “take your word” when you tell them about that mountain sliding snipe headshot. ShadowPlay will save plays automatically by default. You are also able to manually configure which plays get saved and customize it to fit your style. NVIDIA ShadowPlay Highlights is supported for all PC gamers using GeForce GTX 650 and above graphics cards.

The Boogie Bomb dance effect is now removed upon taking any damage. We will continue to monitor and iterate on this item’s functionality.

Fixed an issue which caused players to pass through their recently built and edited structures.

Fixed an issue which allowed sniper bullets to pass through players without applying any damage.

Fixed an animation issue caused by entering the DBNO state while in the air.

Increased the audible range of enemy footsteps, as well as their overall volume.

We’re aware of an issue causing footsteps to sometimes play at irregular intervals when offscreen. We’re working on a fix now, expect it next update.

Enemy footsteps are easier to hear when performing certain actions such as building, shooting, or collecting resources.

Fixed an issue which caused sniper bullet impact sounds to trigger more than once per shot.

Fixed the phantom bullet sounds that are sometimes heard throughout a match.

Adjusted the volume of the AC/DC Pickaxe.

Reduced the volume of the drone that teleports player out of each match.

Fixed an issue which caused the “Push to Talk” setting to disappear from the Battle Royale settings when restoring default settings in Save the World.

Shortened a few Daily Challenge descriptions which would run off the screen in a few languages.

Daily challenge rewards are automatically collected if another challenge is completed in the same category.

PATCH NOTES – SAVE THE WORLD

Fixed an issue which caused crafting to fail even when there was space in your inventory.

Fixed an issue that caused Ninja smoke bombs to heal players even when the “Medicinal Fumes” perk wasn’t unlocked.

The BASE MD perk now heals all allies on affected floors, and the perk properly applies only to the BASE placed by the Constructor.

Known Issue: This perk is still failing to boost abilities like Shock Tower and BASE that spawn an object that deals energy damage.

Fixed an issue that prevented players from receiving the Raider Nomad hero from the collection book.

Players will be granted this hero automatically if they have reached Collection Book level 100.

Fixed an issue that would award large amounts of seasonal gold even when failing an Evacuate the Shelter mission.

Fixed a rare crash that occurred when selecting “Reward Info” in the Collection Book.