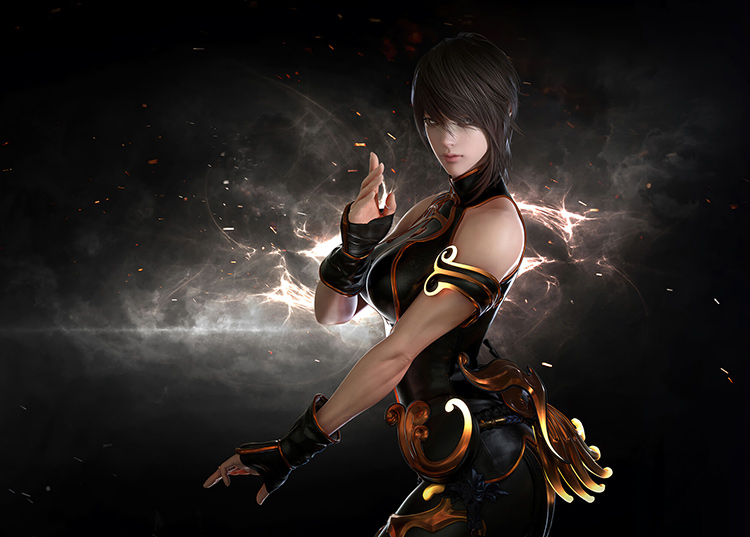 The Welcome Challenge will be visible after reaching Prideholme with a new character.

Level cap increased to 60, up from 55 in Closed Beta. Each level earned after 50 grants the player additional skill points.

Roster level cap increased to 250, up from 100 in Closed Beta. Roster was previously called “Expedition Level”.

Amazon Games introduced the Shadespire Tower (Floors 1 – 50) during Closed Beta. For Launch, they have also added Fatespite floors 1-50. Either tower can be accessed via any major city.

During Closed Beta roughly 70 islands were accessible. The Launch version is introducing 3 more continents for Launch (Yorn, Feiton, Punika) with 27 additional islands to discover and explore in the Procyon Zone.

Players can check for 4 types of content through Procyon’s Compass (the widget that displays active content), or by accessing the Calendar in the top-left of the HUD for the full schedule. Activity times are based on the local time of the server’s region.

If you drop out or leave the area while participating in these activities, the reward counter will not increment and you will have another chance to earn a reward.

Following the day-of-the-week schedule, the Field Boss, Chaos Gate and Ghost Ship activities will take place every hour between 10am until 5am on the next day.

You can participate every hour, but you will not get any additional rewards once you’ve exhausted all opportunities to receive rewards. The limits are:

1 reward per day for Field Boss and Chaos Gate activities. Opportunity to receive rewards will reset every morning at 10am UTC + 0.

1 reward per week for Ghost ship. Opportunities to receive rewards will reset on Wednesday at 10am UTC + 0.

Following the schedule listed on the in-game calendar, the same Adventure Island will unlock 3~4 times a day.

Permanent Rewards: Island Souls and Skill Runes, which are obtainable once per Roster.

Repeatable rewards: Gold, Silver, Card Packs & Pirate coins, which can be obtained once a day per Roster.

Stronghold Knowledge Vault has been added. With the Knowledge Vault, you can take progress that has already been experienced on one character and transfer it to a different character on the same account.

You can use the Knowledge Vault by completing the following:

Progress a character to level 50.

Complete the ‘Nothing is Impossible for Cykins!’ quest offered by the Stronghold’s Butler, Adeline.

When receiving knowledge transfer, you can only transfer knowledge for 1 continent at a time. Transfers go in order of the storyline, starting from North Vern.

Once knowledge transfer has begun, you cannot cancel. You cannot do instant complete.

Knowledge Vault will be available for North Vern up to Feiton.

Improvements made in support of Player Safety, including reporting for messages and entity names.

Polished and updated the store UI.

Added the ability for users to add an account (similar to adding their roster) as a friend and display which character they’re currently playing on – friends lists are no longer locked to characters.

Added the ability for players to display themselves as AFK and provide a message to other players attempting to interact with them.

Integrated presets have been added, allowing players to create presets that consist of a variety of feature specific presets (cards, skills, gear, gems and more).

DirectX11 support has been added as the default setting. A player can switch made to DirectX9 mode if they feel their performance is affected. Once in-game, press ESC to go to the Game Menu, click the Settings gear icon, and go to the Video tab. DirectX 9/11 mode can be toggled at the top of this settings screen.

The Launch version is including 15 playable classes. To match the Sorcerer release in Korea, we will also include the Sorcerer advanced class, replacing the Closed Beta option of the Summoner.

The Striker class has also been introduced since Closed Beta.

Global Chat has been added to allow players to communicate with others in other worlds of the same server region.

Each chat room can hold a maximum of 100 players.

Players can see the previous chat logs before they enter the room and chat messages that were sent when they have logged-off.

Korean VO has been added as a DLC pack on Steam. Please note this only affects spoken dialogue to allow players to experience the original VO of the game. Text options are restricted to English, French, German or Spanish.

Text-to-Speech Accessibility is available for reading chat messages. Additional improvements have been made after Closed Beta Feedback. To use this feature, players have to activate Windows Narrator outside of the game. Once the “TTS” setting is turned on in-game, chat messages or text typed will be read aloud by Narrator.

Speech-to-Text Accessibility is available for transcribing voice chat in a Party or a Raid. To use this feature, players must turn on the setting under Game Settings >> Community >> Chat and must participate in a Party voice chat.

Added the Room Of Growth, which is accessible after completing the Northern Bern World Quest “Afterimage of the Rift”. This feature allows you to experience and learn additional game modes that Lost Ark has to offer, such as mounts, pets, crafting, engraving, disassembling, and refining.

Added Procyon’s Compass.Adventurers will find a menu accessible through a Widget that showcases the active Field Bosses, Ghost Ships, Chaos Gates, and the current Adventure Islands.

Added Adventure Island – This is a new activity that directs users to islands that are only available during certain times. Once on the island, you’ll be given a co-op quest and must face a boss in order to receive a variety of rewards.

Custom PvP matches and spectating has been added.

View More boxes in raids are now obtainable with Gold instead of Crystal.

Mechanisms and messaging have been put in place to support player safety, keeping Arkesia free from behavior that is against our code of conduct.

Additional improvements have been made on our language filter after feedback we received in Closed Beta. We will continue to watch this post Launch and make adjustments as needed.

Updated the Currency Exchange make it more understandable on what’s being exchanged and earned through the auctions.

There are two ways a Power Pass will be provided to Adventurers:

When the player completes the Main Quest (Ealyn’s Gift) from North Vern, a single Vern Power Pass Token will be provided via in-game mail.

After using the first Power Pass, a second Power Pass will be granted to players via in-game mail.

After two Power Passes are received, you will not be able to earn a third Power Pass this way.

The Adventurers Path can be started immediately after consuming the Power Pass on an alternative character.

This feature compresses the level 10 – 50 segment for an alternative character through a story told by Beatrice.

It will guide you on the essentials and progression, specific to your class, allowing you to re-live the content quickly through the new character.

Completing the Adventurers Path quest chain will equip your character with the gear appropriate for Vern content.

The full store will be open starting at Early Access including Mari’s Secret store, set with its own schedule.

Crystalline Aura will be available at Launch and is the exclusive premium service for the Western users.

This service allows adventurers to enjoy an array of convenience functions. These benefits will be differentiated from other countries and can be found listed in the shop for each Founders Pack

Additional functions will be added to the Crystalline Aura at Launch.

Some products acquired with Crystals or Royal Crystals that are purchasable in the store contain random rewards. The breakdown of the odds of receiving those rewards is published online on our odds page (available when head-start access begins on February 8).

This link can also be accessed through the in-game Store.