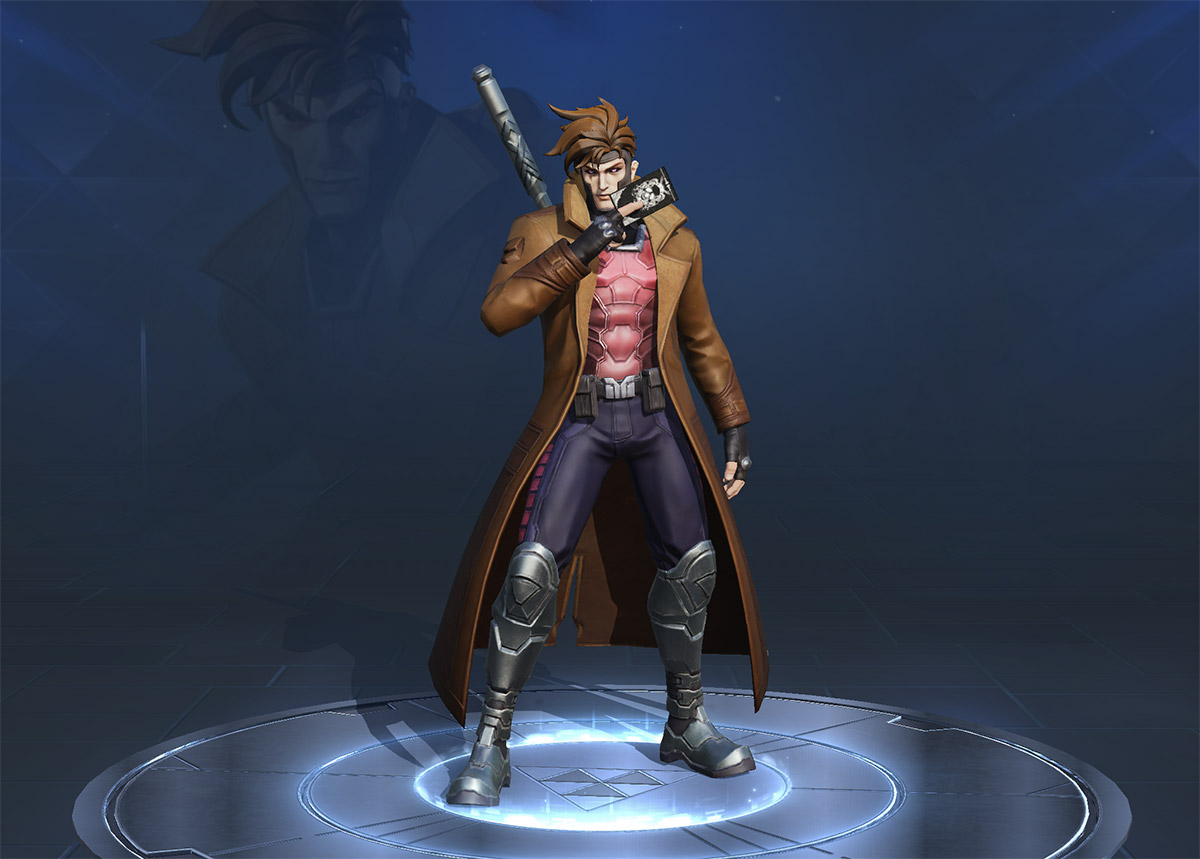 On April 23, 2020 (Thursday) at 5:00 AM, the new roster of heroes that are free to use in 5v5 battles will be: Black Knight, Cloak & Dagger, Doctor Strange, Ghost, Magneto, Namor, Rocket Raccoon, Ronan, Storm, and War Machine. Go forth into battle, Watcher! 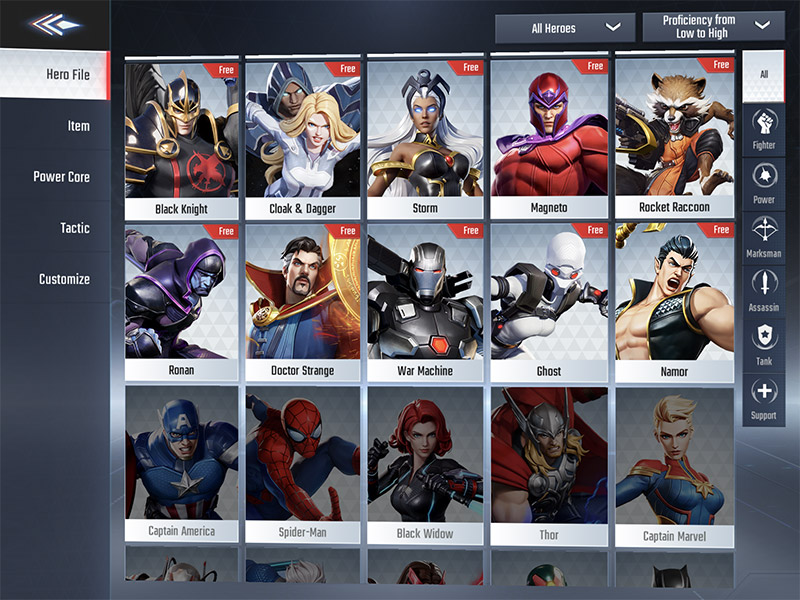 Gambit is a Marksman hero. He can convert potential energy into powerful explosive weapons. He uses playing cards and a Bo-Staff to wound his enemies.

Passive: Once Gambit uses abilities, the next 3 basic attacks used within the set time are enhanced. His attack speed increases and he throws an extra card at his target for physical damage. If he hits an enemy hero, he gets 3 Energy Cards instead.

Active: Gambit throws all the Energy Cards in his hand in the specified direction, dealing physical damage to all enemies in their path. If more than one card hits the same target, subsequent Energy Cards after the first hit deals extra energy damage. The damage dealt by a single Energy Card decreases each time it passes through an enemy.

Passive: Each time Gambit’s basic attack hits an enemy hero, he gets 2 Energy Card and can store up to 14 Cards. If they aren’t used within a set time, the stack returns to 1.

Gambit leaps in the specified direction, dealing physical damage and inflicting a Slow to enemies in range where he lands.

After using this ability, Gambit gets 8 Energy Cards and refreshes his Ability 1: Energy Card cooldown.

All Gambit data has been collected. Remy LeBeau will be joining you all in battle this week, and his Chandilar Spy skin will be added to the Shop.

From today until 11:59:59 PM on April 29th, all Watchers can purchase the Gambit Data Pack, as well as recruit this hero and unlock his skins! There’s even a 20% off discount on this pack in its first week!

Challenge Special Training quests to gear up for the new season! During the event, complete specified quests to get great rewards. 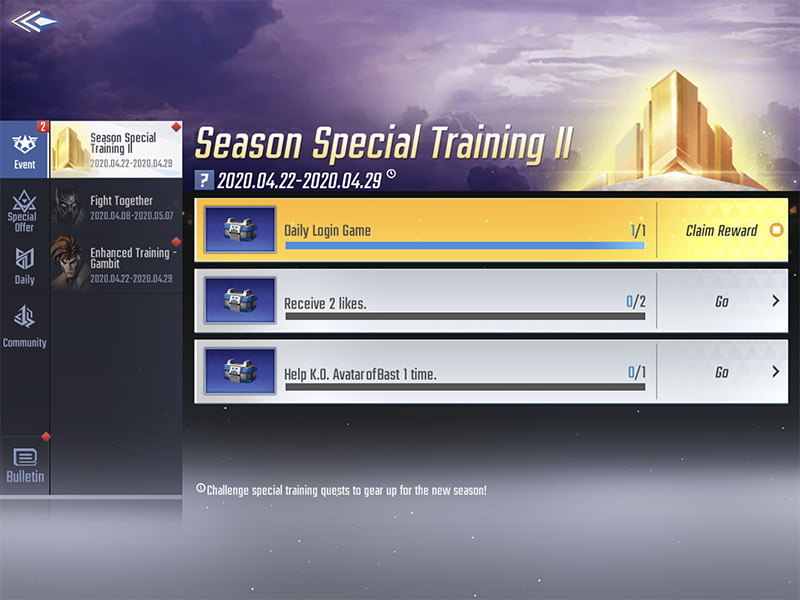 New arrivals in the shop! Buy the new Supply Box for a chance to get valuable items such as Trial Vouchers, Skin Shards, Hero Shards, and more. There’s even a chance of getting permanent heroes or skins. 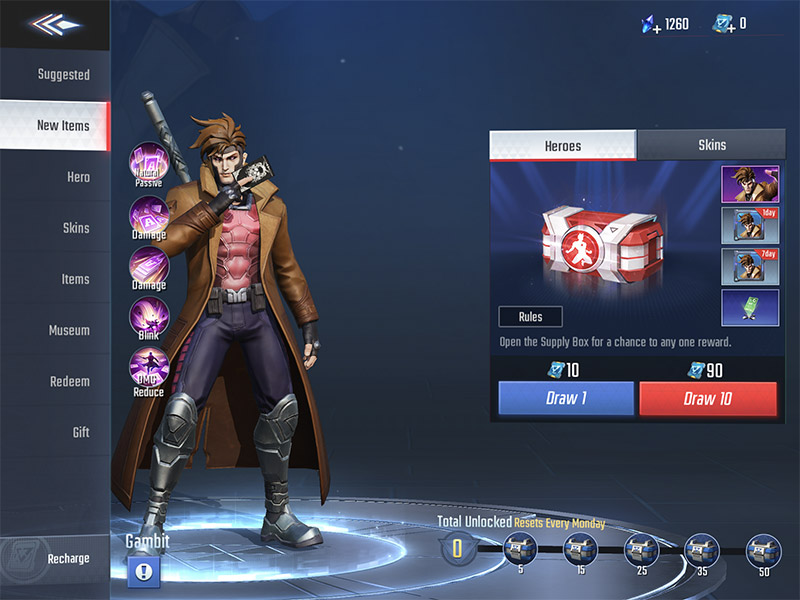 The Thing is a tank hero whose early game burst and initiate capabilities exceeded our expectations. We have therefore adjusted the distance required to use his ultimate and the damage of his abilities.

Launch-up radius has been reduced from 400 yards to 350 yards.

Deadpool is too much of an all-rounder compared to other heroes, so we have reduced his damage reduction capability and mark damage.

Maximum damage reduction has been reduced from 90% to 70%.

Maximum duration has been reduced from 4 seconds to 3 seconds.

Blade has very high sustained DPS capabilities that have been paired with decent burst abilities, so we made a slight reduction to his ability damage to better suit his core gameplay.

We raised the upper limit for Black Panther’s agility and burst damage to better improve his performance.

Cooldown has been reduced from 8 seconds to 7 seconds.

Optimized the effect and interruption logic of The Thing’s ability 2 “Quake.” When Quake is activated, the control effect inflicted by the ability has been changed to the “immobilized” effect. Also, certain effects can interrupt the ability, such as Fear, Mind Control, Hypnosis, and Hulk’s Fury.