On August 20, 2020 (Thursday) at 5:00 AM (UTC+8), the new roster of heroes that are free to use in 5v5 battles will be: Adam Warlock, Black Panther, Cloak & Dagger, Ghost, Iron Man, Magneto, Rocket Raccoon, Storm, Thor, and War Machine. Go forth into battle, Watcher! 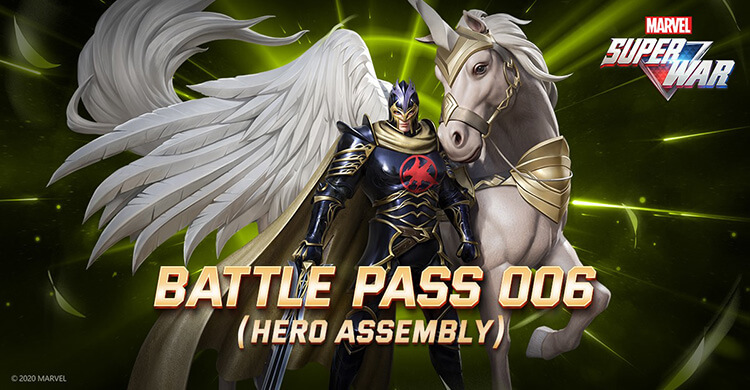 Early Trial: Even if you haven’t reached Battle Pass Lv. 60, you can still try out skins from this season. You can unlock the skin permanently once you reach Lv. 60. (Early trial only applies for the duration of this Battle Pass.)

Partner up with a friend and enter the battlefield! Complete quests during the event to earn points and redeem them as Dark Stars, Gems of Fortitude, and other rewards. 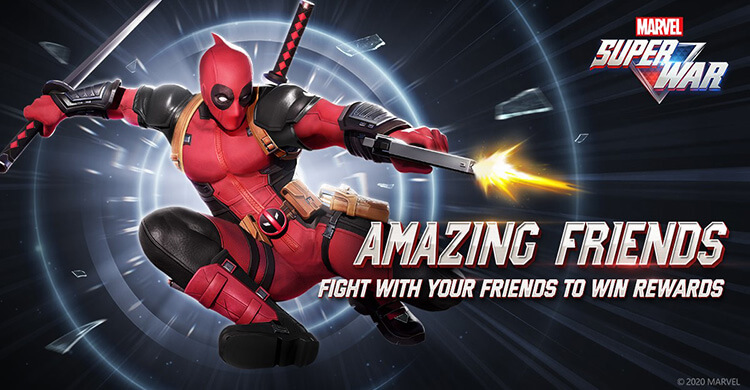 With the adjustment, new Watchers should have a smoother and faster leveling experience, and it will be easier to complete quests in the Unleash the Storm event. The newly-added Journey of Growth and Mark of Growth events will also provide useful resources that have long-term impacts.

We hope the new Novice Boot Camp will help support our Watchers every step of the way.

We have also prepared a gift for the veteran Watchers. It includes a 30% off Hero Discount (Coin), Dark Stars, Advanced Skin Shards, and more. Thank you for your continued support of MARVEL Super War.

Accept the Storm Trial to permanently recruit the hero Storm!

Embark upon the Journey of Growth and face challenges in the Boot Camp!

Adjusted the EXP required to level up and the rewards distributed to ensure a smoother leveling experience for Watchers.

Adjusted and optimized the tutorial and guide process for newcomers who just joined the battlefield.

Before we released Colossus, we expected him to possess powerful control and stable initiator capabilities, so we restricted him through the use of control cooldowns and damage in an attempt to maintain balance among the heroes.
Yet, in reality, this made Colossus slightly more difficult to use than we expected, so we have decided to increase Colossus’s damage capability to increase his threat level, as well as reduce his cooldown duration to make him easier to use. We hope this will allow Watchers to have a better experience when playing Colossus.

Damage to nearby enemies has been increased from 50% to 70%.

We restricted Hela’s high mobility in our last adjustment, which in turn negatively impacted Hela’s ability to jump into teamfight during late game. As such, we adjusted the acceleration strength when Hela activates Nightsword with the hopes that this will allow for better late game positioning while still restricting her early game mobility.

We hope to ensure Hulk’s late-game sustainability by increasing his recovery capabilities.

War Machine has a very long firing range once Precision Guidance is active, resulting in difficulty retaliating against him in teamfights. Thus, we extended his ability cooldown duration and reduced his damage in hopes of creating more room for his opponents to retaliate.