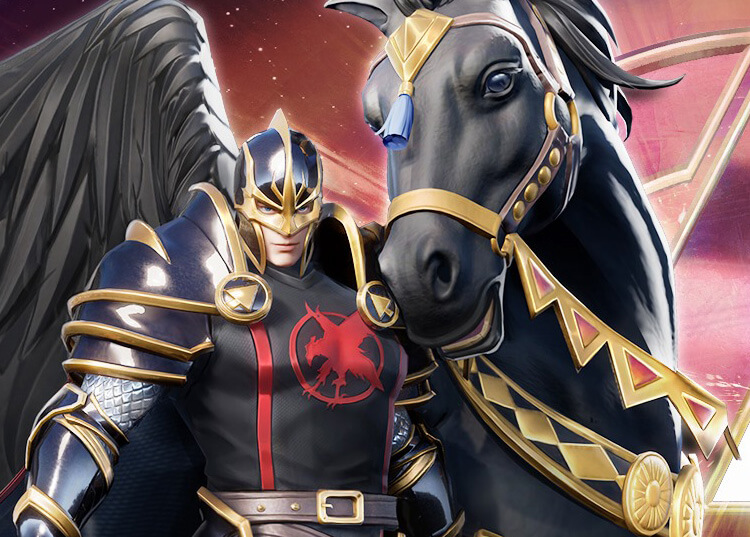 On March 19, 2020 (Thursday) at 5:00 AM, the new roster of heroes that are free to use in 5v5 battles will be: Black Panther, Doctor Strange, Ebony Maw, Ghost, Heimdall, Magneto, Namor, Rocket Raccoon, Storm, and War Machine. 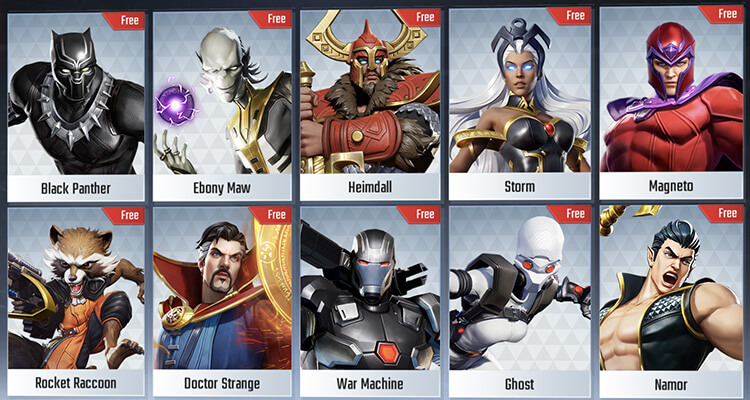 Black Knight is a fighter hero. His extremely high mobility allows him to traverse the battlefield with ease and K.O. enemies effortlessly.

Knight’s Charge (Ability 1): Black Knight begins to charge and continues to accelerate. His next basic attack deals area of effect damage and knocks back enemies.

Ebony Blade (Ability 2): Press and hold the ability to channel power. Black Knight’s movement speed is increased at this time. He charges in the direction of the joystick once every set period, dealing damage to the enemy and recovering HP.

Knight’s Judgment (Ultimate): Press and hold the ability to channel power. Black Knight’s movement speed is increased at this time. He then charges in the direction of the joystick, damaging and launching up enemies in his path.

All Black Knight – Dane Whitman data has been collected. He will be joining you all in battle this week, and his Classic skin will be added to the Shop.

From today until 11:59:59 PM on March 25th, all Watchers can purchase the Black Knight Data Pack, as well as recruit this hero and unlock his skins! There’s even a 20% off discount on this pack in its first week!

Traditional mid-solo mages are comparatively weaker than other heroes. They will therefore receive a boost to their mid-late game combat power with the aim of giving them better performance in battle.

Ability 3: Attack range has been increased from 800 yards to 900 yards.

Compared to other assassin type heroes, Proxima Midnight’s burst damage is low. We have increased the damage of her abilities in hopes of improving her performance in battle.

We hope to improve Groot’s performance in support positions by raising his natural passive and shield ability to enhance his laning and combat capabilities.

Yondu has a unique mechanic that makes him difficult to master. We have revamped his ultimate in hopes of reducing that difficulty.

Optimized the display effects of the ability descriptions in Thanos’ Hero File.

Adjusted the Base Damage Progression of Star-Lord’s ability “Let’s Rock”.

Adjusted the amount of contribution needed to trigger “Heroic” at Legendary Master tier and above.