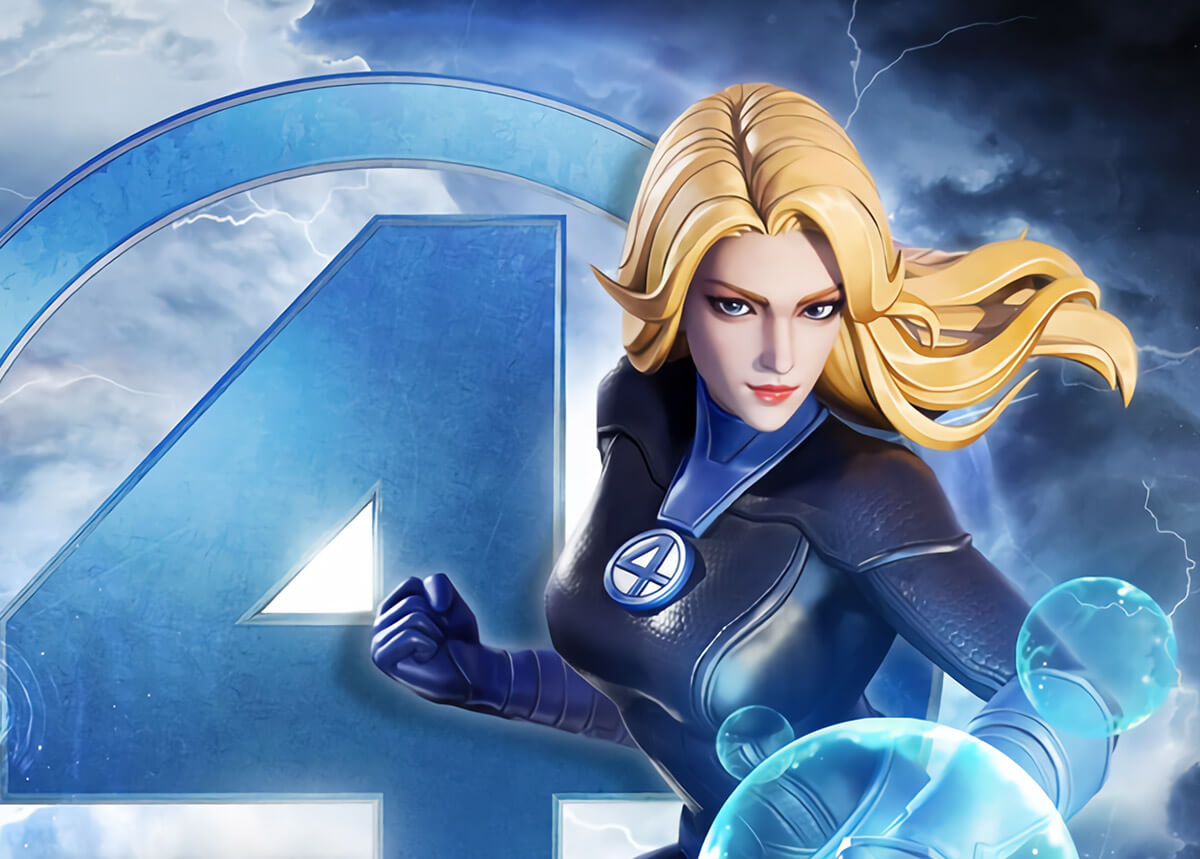 The MARVEL Super War May 14th 2020 Update Patch Notes sees new support hero Invisible Woman will be joining you all in battle.

This week’s free hero rotation has been updated! On May 14th, 2020 (Thursday) at 5:00 AM, the new roster of heroes that are free to use in 5v5 battles will be: Hela, Captain Marvel, Beast, Corvus Glaive, Human Torch, Angel, Groot, The Thing, Rocket Raccoon, and Storm. Go forth into battle, Watcher!

Invisible Woman is a support hero. She can provide support on the battlefield by turning invisible and catching enemies off guard. She can also protect teammates and control enemy movements with her force fields.

Natural Passive: Without a Trace

Passive: After Invisible Woman leaves a fight for a set duration, she becomes invisible and gradually increases her speed. If there are enemy heroes in a set range nearby, she switches from invisible to stealth mode.

While invisible or in stealth mode, if Invisible Woman receives damage, actively attacks, or remains in stealth mode over a set duration, she will reveal herself, at which point her next basic attack deals extra energy damage and inflicts slow.

Invisible Woman releases a psionic wave in the specified direction, dealing energy damage to enemies in its path. The psionic wave returns after reaching its max distance and grants a shield for her and friendly heroes in range. Each enemy hero struck by the wave adds an extra shield value.

Invisible Woman unleashes psionic energy in the specified direction, dealing energy damage to enemies in its path. The first enemy struck is marked and slowed.

With the mark still present, basic attacks from herself and friendly heroes add stacks to the mark. At 4 stacks, it deals energy damage and inflicts a stun on the target.

Invisible Woman creates a force field around her, turning herself and friendly heroes within range invisible while granting them a speed boost.

Using the ability again within a set time allows Invisible Woman to blink to the specified direction, dealing energy damage to enemies within the target area and imprisoning them while granting herself a shield.

All Invisible Woman – Sue Storm data has been collected. She will be joining you all in battle this week, and her Future Foundation skin will be added to the Shop.

From today until 11:59:59 PM on May 20th, all Watchers can purchase the Invisible Woman Data Pack, as well as recruit this hero and unlock her skin! There’s even a 20% off discount on this pack in its first week!

Log in every day during the event to claim rewards and enjoy the Arcade Festival to its fullest extent.

Participate in Festival Quests and enjoy the Arcade! Complete specified quests during the event to claim Arcade Coins and redeem them for great rewards.

Spend currency to exchange for points. Collect points for big prizes! Make purchases during the event to claim points and redeem them for fantastic Arcade Festival rewards!