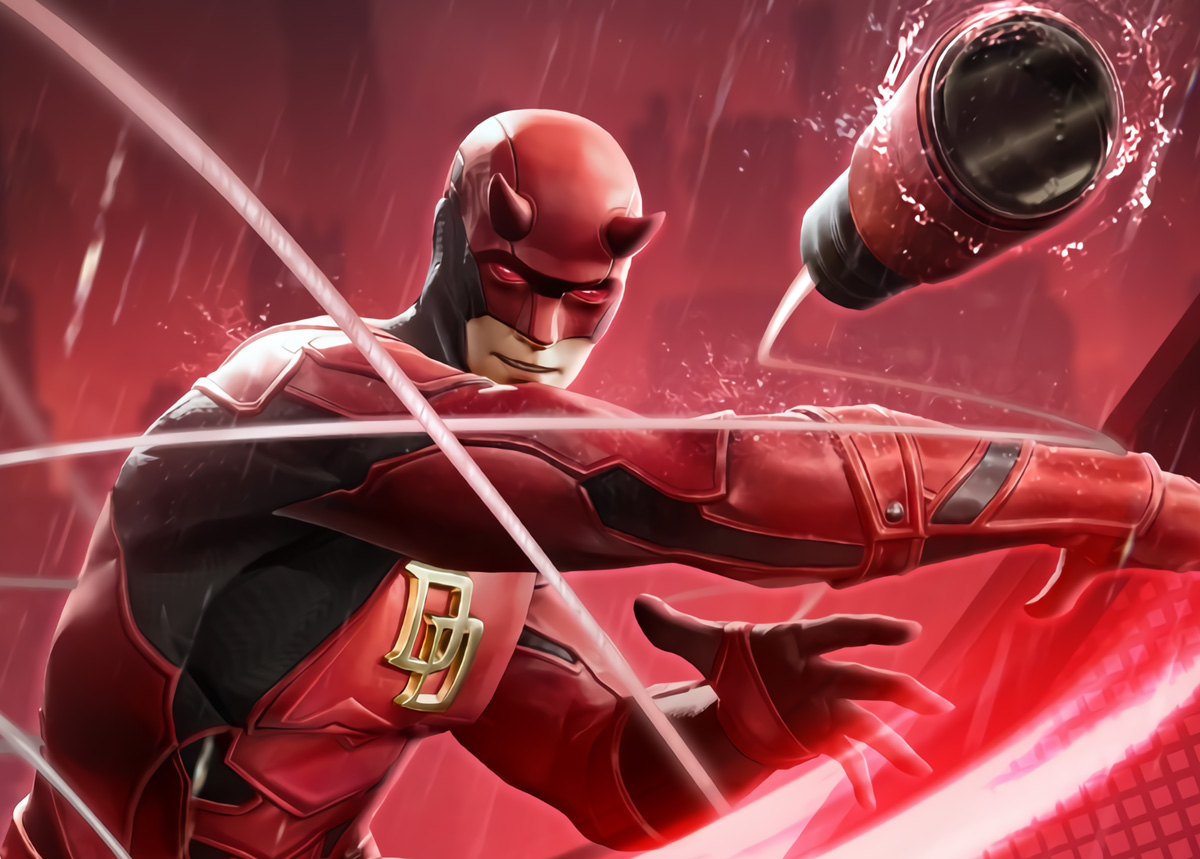 This week’s free hero rotation has been updated! On May 28, 2020 (Thursday) at 5:00 AM, the new roster of heroes that are free to use in 5v5 battles will be: Ant-Man, Cloak & Dagger, Doctor Strange, Loki, Mister Fantastic, Quicksilver, Rocket Raccoon, Sandman, Storm, and War Machine. Go forth into battle, Watcher!

Daredevil is an Assassin hero. He relies on his extraordinary radar senses to control the flow of battle, using the dark of night to deliver judgment on his enemies.

Passive – Radar Sense: When an enemy hero uses an ability within Perception range, Daredevil gains vision of them.

Passive: Daredevil gains a attack speed boost after using an ability to blink. His next basic attack is enhanced and deals extra damage while he recovers HP.

Daredevil hurls his billy club in the specified direction, dealing damage and marking the enemy. Using the ability again allows him to leap toward his marked target and deal damage.

Daredevil somersaults in the specified direction. He will change course in the direction of the joystick to advance further if he encounters an obstacle in his path.

Daredevil attacks the specified enemy hero, dealing damage to the target and nearby enemies and launching them up.

All Daredevil – Matt Murdock data has been collected. He will be joining you all in battle this week, and his Shadowland skin will be added to the Shop.

From today until 11:59:59 PM on June 3rd, all Watchers can purchase the Daredevil Data Pack, as well as recruit this hero and unlock his skin! There’s even a 20% off discount on this pack in its first week!

The hero medallion feature has been added to the achievement system.

Spend Gems of Fortitude to exchange for the specified hero’s achievement medallion.

When a hero with a medallion triggers the corresponding achievement in battle, they will display the achievement effect that is visible across the map.

Each block of the HP bar currently represents a value that is too low for players to easily grasp their hero’s HP in late game. Due to this concern, we have adjusted the HP value for each block in the HP bar from 300 to 500.

Adjusted the lanes to optimize player experience while laning and advancing.

Reduced the damage dealt between turrets and minions 4 minutes into the game to give players a better chance to enjoy the advance.

Fixed the issue where heroes could still blink when immobilized.