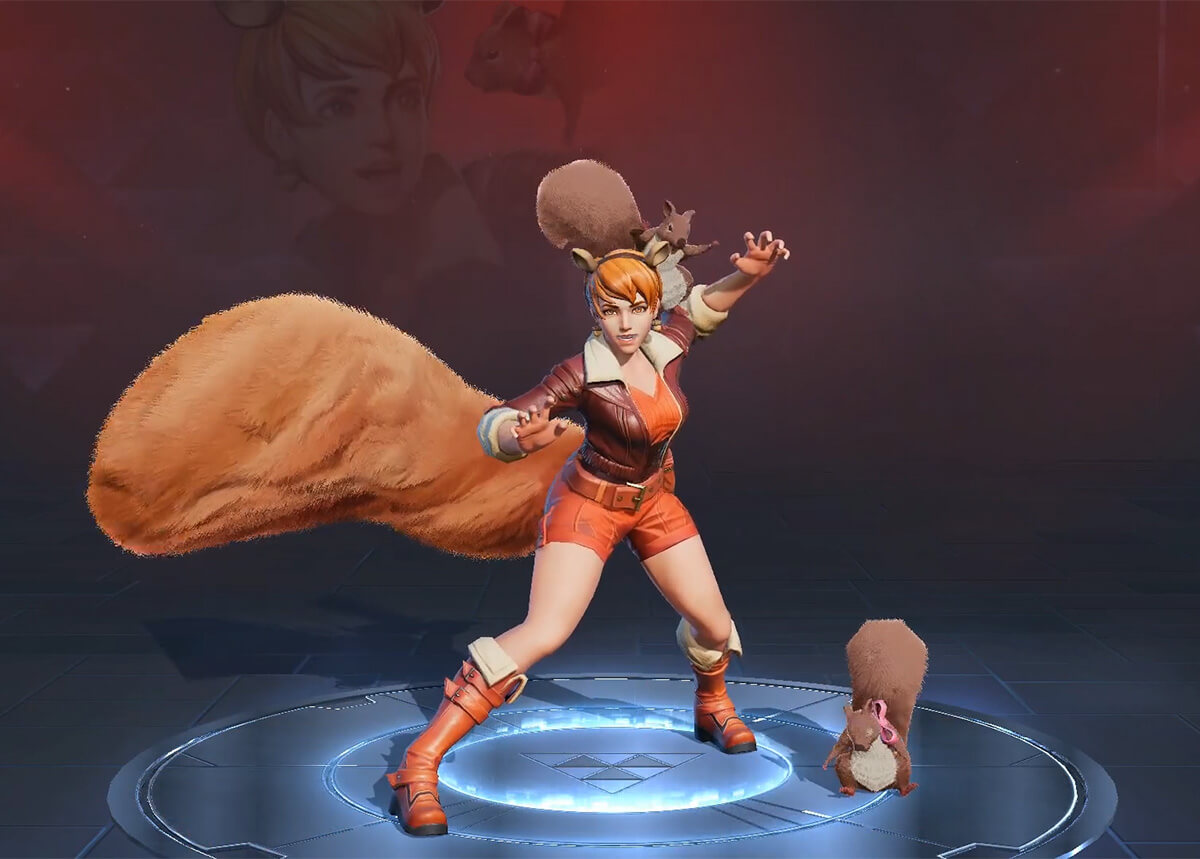 The MARVEL Super War September 24th 2020 Update sees new melee tank hero Squirrel Girl arrives. She can summon her squirrel friends to fight alongside her, and leap off both enemies and squirrels to stay in the air and attack enemies.

On September 24, 2020 (Thursday) at 5:00 AM (GMT+8). The new roster of heroes that are free to use in 5v5 battles are: Angel, Ant-Man, Captain Marvel, Ebony Maw, Iceman, Iron Man, Proxima Midnight, Rocket Raccoon, Storm, and The Thing. Go forth into battle, Watcher!

New Watchers (characters below Lv. 10) can use heroes of beginner and easy difficulty from the weekly free roster, and use heroes from the free roster for new players.

Squirrel Girl is a melee tank hero. She can summon her squirrel friends to fight alongside her, and leap off both enemies and squirrels to stay in the air and attack enemies.

Passive: Squirrel Girl’s armor and energy resist increase when an enemy hero is nearby.

Passive: Whenever Squirrel Girl hits an enemy hero with an ability, she adds an Acorn Mark.
Active: Squirrel Girl commands squirrels to attack enemies that carry marks, dealing damage and restoring her HP.

Squirrel Girl hurls acorns in the specified direction, damaging and slowing enemies in their path. If the acorns hit an enemy hero or monster, her next basic attack will make her charge toward the target and summon a squirrel.

Squirrel Girl jumps to the specified location, dealing physical damage to enemies in the area where she lands. She can jump off enemies and squirrels to jump again.

Squirrel Girl summons a squirrel at the specified location, dealing damage to enemies and adding marks.

All Squirrel Girl – Doreen Green archive data has been collected. She will be joining you all in battle this week, and her Classic skin will be added to the Shop.

From today until 11:59:59 PM (GMT+8) on September 30, all Watchers can purchase the Squirrel Girl Data Pack, as well as recruit this hero and unlock her skins! There’s even a 20% off discount on this pack in its first week!

Our Watchers have attained far higher mastery of Moonstar’s combat prowess than we expected, causing her performance to far exceed other heroes of the same type. We’ve therefore decided to make some adjustments while maintaining her unique traits.

Moonstar deals very high burst damage when attacking targets with a full stack of marks using Psionic Volley. We hope to maintain Moonstar’s unique burst damage without weakening it while giving opponents more room to retaliate by slowing down how quickly Moonstar marks her targets.

We have also removed the Resist Death mechanic in which the remaining shield value is converted to HP to lower her overly high endurance.

Tamed monsters can only add marks when dealing damage while the Hela’s Embrace ability is active.

Removed the mechanic that converts the remaining shield value to HP.

Optimized Darkforce Dimension’s smart casting selection logic so that it selects heroes most in need of rescue.

Optimized the selection logic for smart casting. Cloak will automatically fly toward the target in range with the lowest HP percentage.

Black Panther’s late-game damage is a little weak, so we’ve slightly increased it to make him more formidable.

Growth HP coefficient has been increased from 215 to 220.

Casting range has been increased from 325 yards to 350 yards.

A breezy autumn arrives with falling golden leaves. Complete daily quests during the event to get the Autumn Celebration Avatar and other rewards!