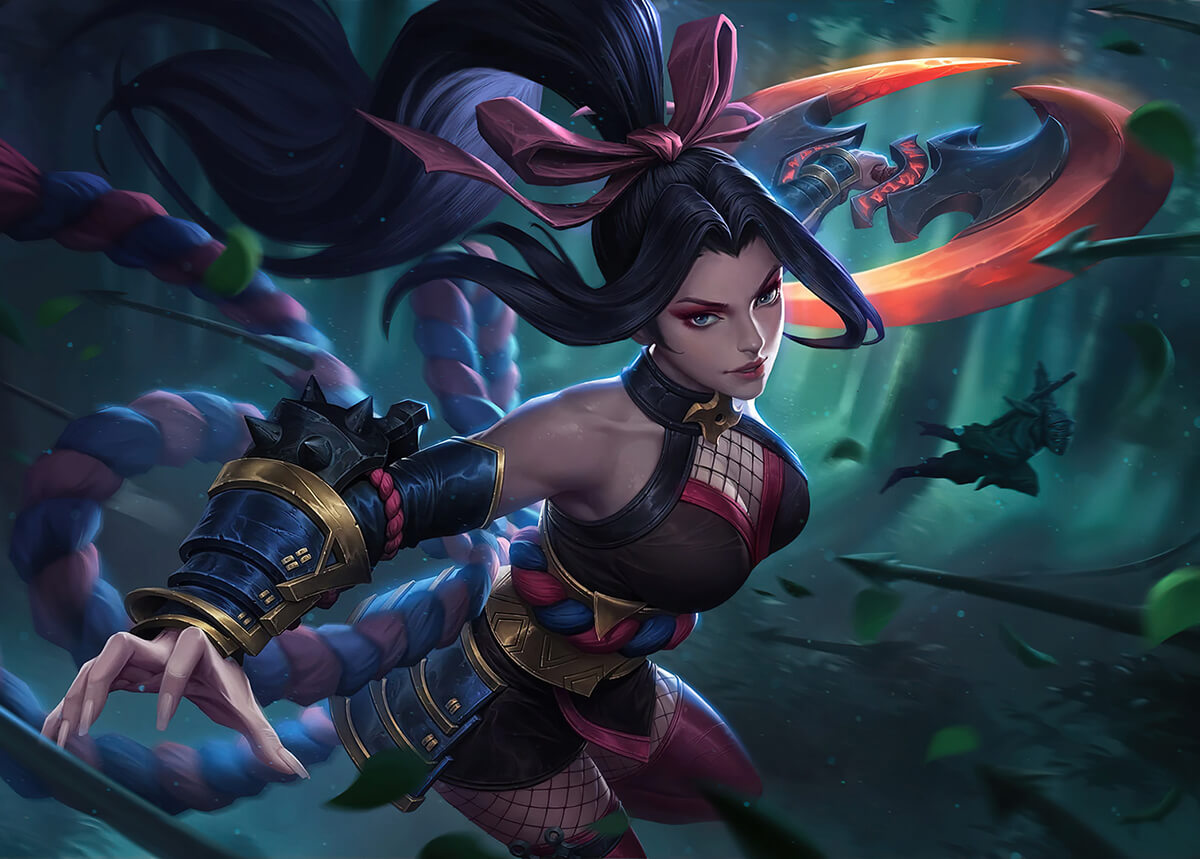 Having the potential to deal stable and continuous damage, Hanabi is a Talented Team Fight Ace. Check out the Scarlet Flower basic guides in the our Mobile Legends: Bang Bang guide.

Hanabi received the teachings of the Scarlet Shadow ninja sect’s Supreme Grandmaster from a young age, exhibiting natural talent that far exceeded any of her peers, until she met a young shadow ninja called Hayabusa.

This was the very first time the proud Hanabi came across anyone who could hold their own against her. Whenever the moon was full, Hanabi would try to find ways to provoke this young shadow ninja into dueling with her, however, she could never defeat this youngster, who fused spiritualism with shadow techniques to create a unique and powerful style.

As the two of them slowly grew up together, it began to dawn on Hanabi that this young shadow ninja carried the burden of an inescapable fate – Hayabusa was in fact destined to challenge and kill the legendary former Shadow of Iga for his betrayal of their clan.

After the two young ninjas fought, Hayabusa would lie on the ground, staring up at the full moon in the sky, the reflection of the moonlight in his eyes quietly burning into Hanabi’s heart. Having never felt this kind of feeling before, Hanabi became very distressed.

Whenever she saw Hayabusa and the young spiritualist girl known as Kagura smiling and laughing as they greeted each other, her heart would fill with inexplicable rage and vexation.

When she heard that Hayabusa would become the clan’s next Shadow, she decided to take on the name Scarlet, and from the secret vault of the Supreme Grandmaster, she stole her sect’s forbidden weapon – the Higanbana.

Hanabi decided that she would challenge her age-old rival to one final competition, and now her one aim in life is to find and kill the disgraced former Shadow before Hayabusa does.

When the flowers blossom, the leaves are forgotten. Hanabi completely unlocks the Higanbana’s seal and launches it at the enemy. After hitting an enemy, the Higanbana blooms, dealing 400/500/600 physical damage and immobilizing them for 2/2/2s, then spreads to nearby enemies. After a certain period of time, if the enemy is still within range of the Higanbana, a new flower will appear, causing the same damage and immobilization effect. The spreading effect only works once per hero.

The Scarlet Shadow’s secret technique. When Hanabi has full HP, 50% of health that would have been granted from Lifesteal is converted into a shield for up to 20% of her Max HP. When this shield is active, Hanabi is immune to all control effects.

The Scarlet Shadow’s secret technique. When Hanabi has full HP, health that would have been granted from Lifesteal is converted into a shield. When this shield is active, Hanabi is immune to all control effects.

This set provides powerful continuous damage potential. The first item, Haas’s Claws, when combined with Hanabi’s own Lifesteal, allows her to build up her shield quickly after exiting battle.

The second item, Boots of Tranquility, strengthens Hanabi’s HP regeneration, and at the same time, the Mana regeneration they provide helps to alleviate her Mana shortage problems in the early game, while the third item, Demon Hunter Sword, simultaneously covers both damage and HP regeneration.

After this, pick up a Windtalker and Berserker’s Fury – Windtalker has great synergy with Hanabi’s basic attacks and can help her to quickly clear minion waves and deal heavy AOE damage during team fights, while Berserker’s Fury allows Hanabi to deal greater single-target damage.

Last of all, choose a Blade of Despair to further enhance your damage output. This equipment set is fairly balanced. When completed, it provides both excellent sustainability and damage, however, it results in a longer development period and weaker damage output in the early and mid game. 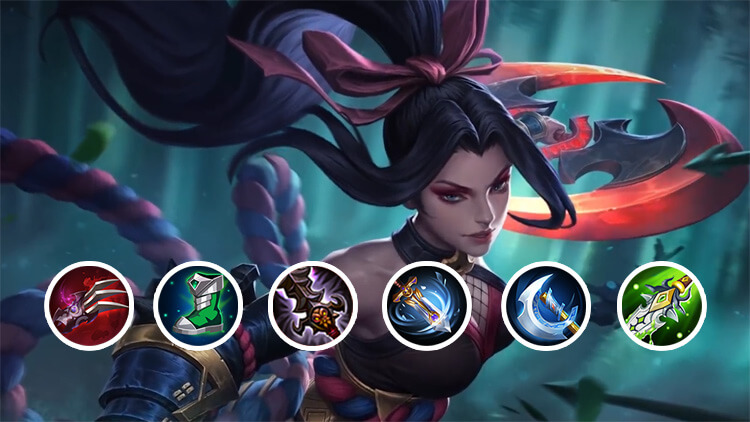 Unique Passive – Insanity: When HP drops below 40%, the hero will receive an extra 10% physical lifesteal.

Unique Passive – Devour: Basic attacks will deal 10% of the target’s current HP as additional physical damage (up to 60 against monsters).

Unique Passive – Typhoon: After every 4 basic attacks, the next basic attack will deal 100 magic damage to 3 enemies. This damage increases with attack speed.

Unique Passive – Activate: Each time Typhoon is cast, one’s movement speed will be increased 5% for a short time.

Best Teammates – Angela: The shield provided by her ultimate skill protects Hanabi from being killed before unleashing her damage. The buff provided when attaching to a hero can also help Hanabi achieve better positioning in a fight

Counters – Gusion: With superior burst and movement displacement capabilities, Gusion can quickly advance upon Hanabi whenever she makes a mistake and punish her for it.

Countered by Zilong: Zilong’s deadly control can be negated by Hanabi’s shield effect. In addition to this, Hanabi can use her ultimate skill to immobilize Zilong after he uses his ultimate.