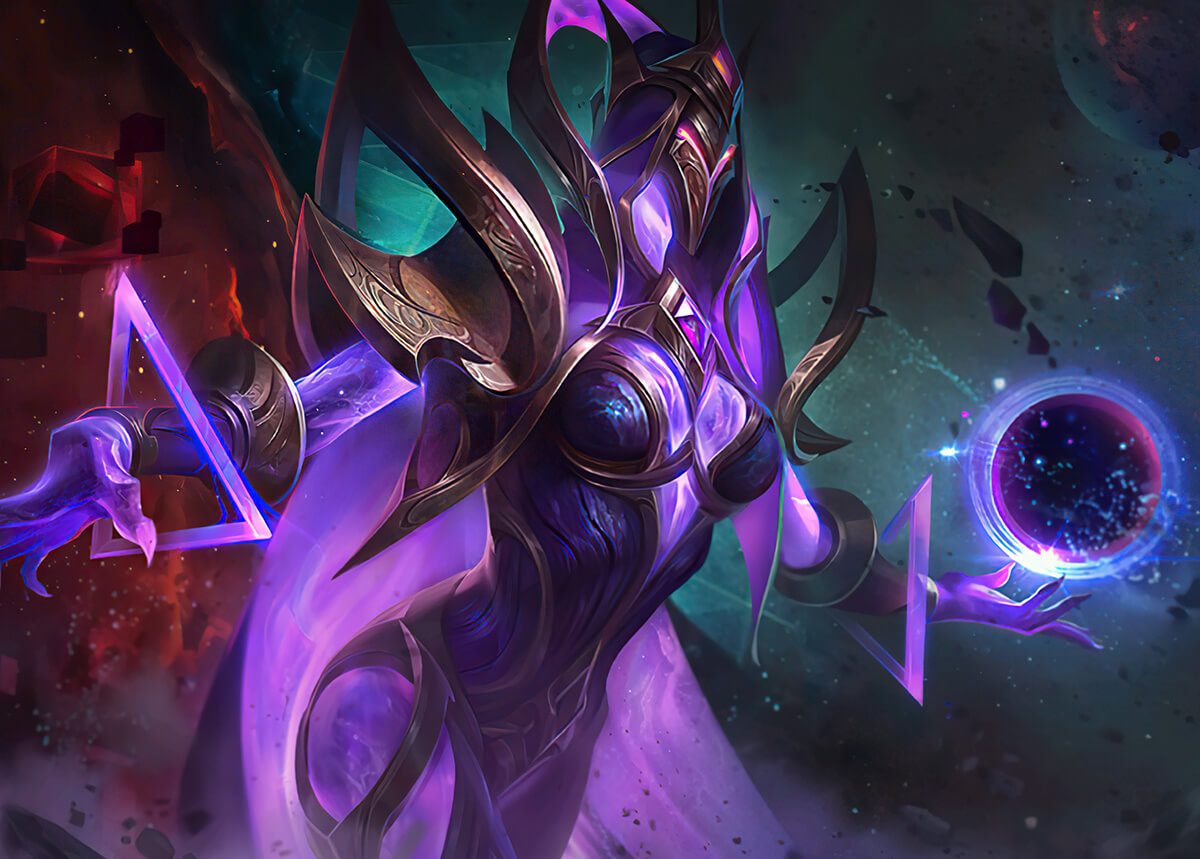 The very first festival map of 2021, “Grand Mayhem”, is coming soon! We’ve tried to add different elements to the new map, including renovated design of Jungle Turret and Base design as well as some special teamfight Easter eggs. We all expect to bring every player happiness with this joy-filled map! More Easter eggs are hidden on the map! Come and explore it!

We have made a significant update for the Mayhem Mode. Our players’ enthusiasm for this mode every time it was open has kept driving us to do more updates.

In this patch. 10 new heroes have been added to Mayhem, and buffs offered by Creeps have become more Mayhem-styled. We are trying hard to make it better and more interesting by making these changes,

Enjoy the new Mayhem Mode! Mayhem Mode will be available on 02/20/2021 (Server Time) across all servers!

Hero Feature: A mage wielding the power of the galaxy who can use skills freely in her domain.

Yve detonates Galactic Energy in a designated area, dealing Magic Damage to the targets. The targets in the central area will take extra Magic Damage.

Use → to indicate the changes.

As a Marksman, Granger only dealt low damage with Basic Attacks, so we increased his Base Basic Attack Damage, hoping that he could use it to achieve higher damage output and to keep him strong enough in the early to mid game.

Her sustainability in the early and late game has been increased.

Little Commander Brown and skin “Hammersmith Brown will be in a bundle and available on February 5th (Server Time). Launch week 30% OFF.

Little Commander Pao and skin “Full Armor Pao” will be in a bundle and available on February 19th (Server Time). Launch week 30% OFF.

Will be unavailable: Balmond “Power Source”.

Optimized the special effect of Angela’s Ultimate to make it clearer for players to recognize which hero she chooses to attach to or is attached to:

Fixed the issue that caused Gord to move abnormally when Valir’s Skill 2 hit him during his Ultimate.

Fixed the abnormal cast backswing time of Uranus’ Skill 1 and 3.

Unified the sight of the units summoned by Nana’s Skill 2, Kagura’s Skill 1, Selena’s Skill 1. Diggie’s Skill 1. and Popol and Kupa’s Skill 3 to 50% of the heroes sight.

Optimized the effect of Clint’s Skill 2, which makes its immobilization effect clearer to both sides.

Optimized laning and build recommendations for some heroes’ main roles.

Optimized the data of Lord and Turtle, to make it easier for players to hit them with skills.

Fixed the issue where Jawhead’s Skill 2 Ejector caused damage to the target he threw before they landed.

Fixed the issue where Martis’ Ultimate displayed different special effects when it killed and failed to kill a target.

Fixed the issue that caused Roger to move abnormally when transforming.

Fixed the issue where Selena, Harley, and Chou couldn’t hit targets after gaining their sight

Fixed the issue that caused Johnson’s car accelerated abnormally during his Ultimate.

The rewards for the MCL and M2 crossover event on Jan. 30 will be issued via mail after 14 workdays. The event merchandise will be distributed within 30 workdays.

There are 3 types of rewards:

If you have any questions, do not hesitate to contact our customer service. The MLBB team reserves the right of the final interpretation of this event.

Charisma items you give and receive will count toward the Leaderboards of the event from Feb. 14 to 20.

Optimized the symbol that indicated a hero is unavailable due to insufficient matches played.

Adjusted the time limit of hero banning to 25s for each player.

Adjusted the time limit of hero picking to 30s for each player.

Optimized the special effect of the lane symbol when lanes changed.

Added a new Quick Chat message – “Need a Partner” – to the Suggest Pick menu after hero preselection or selection.

The player who receives a suggest Pick can tap it to go to the suggested hero’s tab.

A mini-map is added to the Last Change stage of Draft Pick. Lanes and maps can be selected via the mini-map.

Roles, lanes, and teammates’ Favorite Heroes can be suggested.

The player who fills the suggested position can tap teammates’ suggestions to go to view suggested heroes.

A player that accepts any of the teammates’ suggestions is considered a successful fill.