Lex is a determined flanker who excels at taking out single targets. His Combat Slide ability allows him to enter or exit combat while laying down the law with his Magnums. One Lex decides to serve justice, nothing can change his verdict. 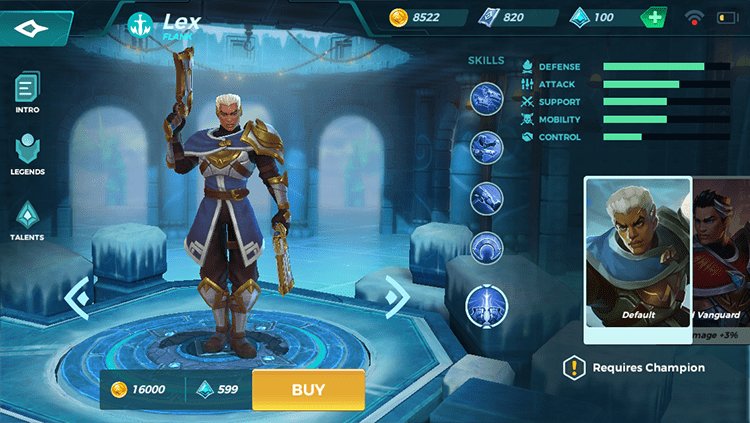 Bonus Damage: Deal 30% more damage to enemies whose HP is higher than 65%.

In Pursuit: Begin rapidly firing your Magnums at a nearby target for 2s, dealing 40 damage per shot.

Bonus Damage: Attack speed effects the number of shots fired during In Pursuit.

Combat Slide: Activate to quickly slide forward in a direction.

Retribution: Activating Retribution randomly selects a nearby target that is revealed to Lex. Killing the target grants additional EXP.

The Law: Charge to unleash a shock wave in a cone, executing targets at or below 65% Health. Targets above 65% will take 650 damage and be slowed for 2s.

Discovery: Your target is also revealed to your teammates and they gain bonus EXP when killing marked targets. 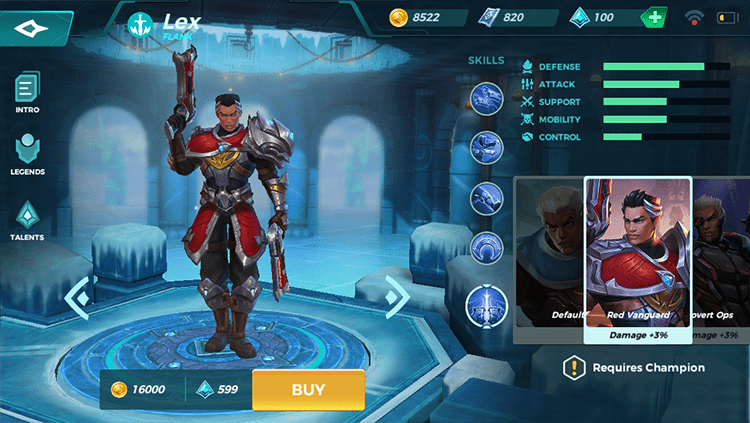 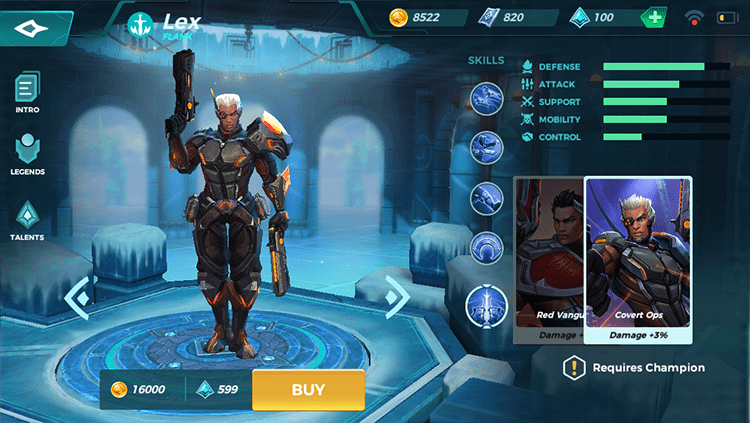 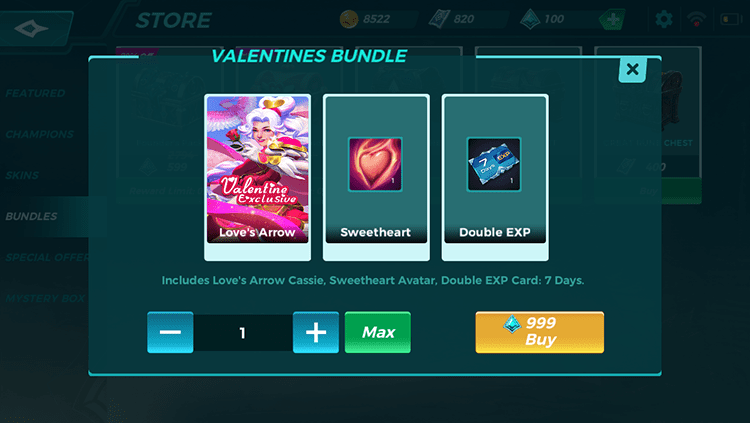 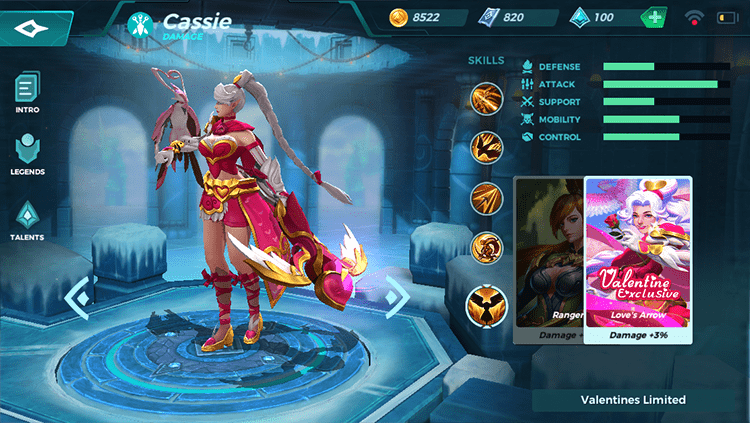