A beast of a patch is on the way, featuring replays, spectator mode, two new champs, balance changes to the peskiest yordles, and more Blue Motes! 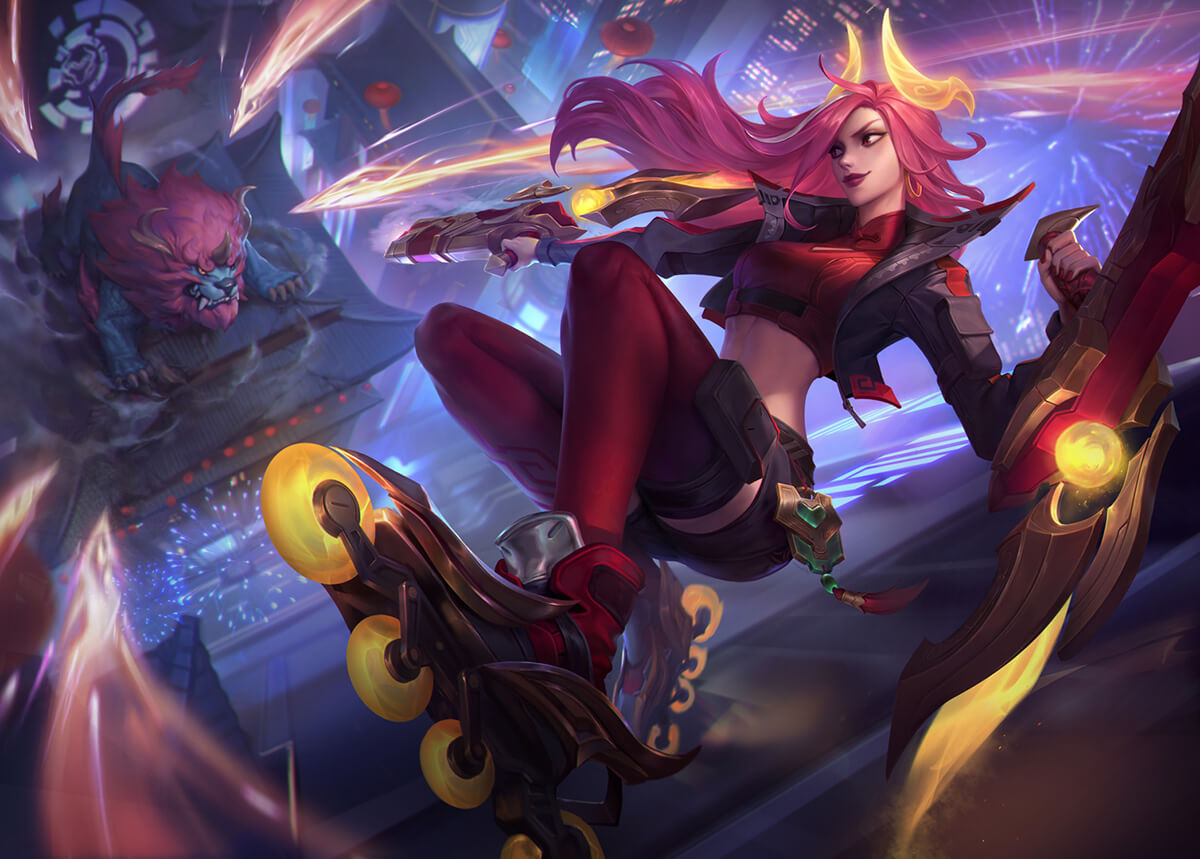 With the yordles all rounded up from their adventure, it’s time to look to the future. And… maybe the recent past? Check out Replays and Spectator Mode, along with the Lunar Beast event, featuring six new skins (including Wild Rift-exclusive Lunar Beast Miss Fortune). Later, Xayah and Rakan will be dancing their way into the Duo Lane. Welcome to Patch 2.1! 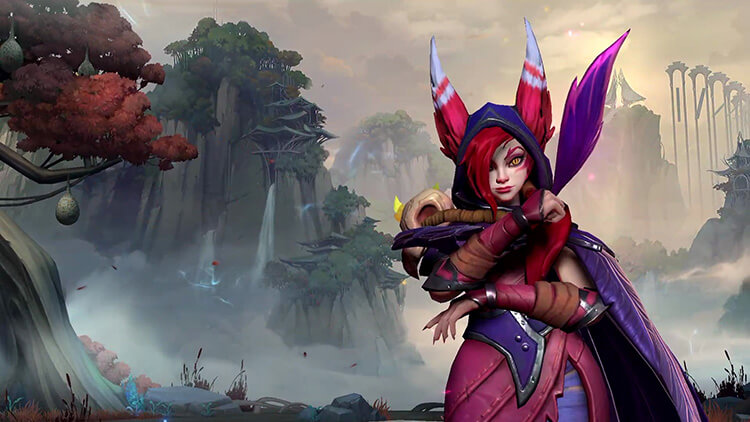 Deadly and precise, Xayah is a vastayan revolutionary waging a personal war to save her people. She uses her speed, guile, and razor-sharp feather blades to cut down anyone who stands in her way. Xayah fights alongside her partner and lover, Rakan, to protect their dwindling tribe, and restore their race to her vision of its former glory.

Xayah will be released later in the patch. 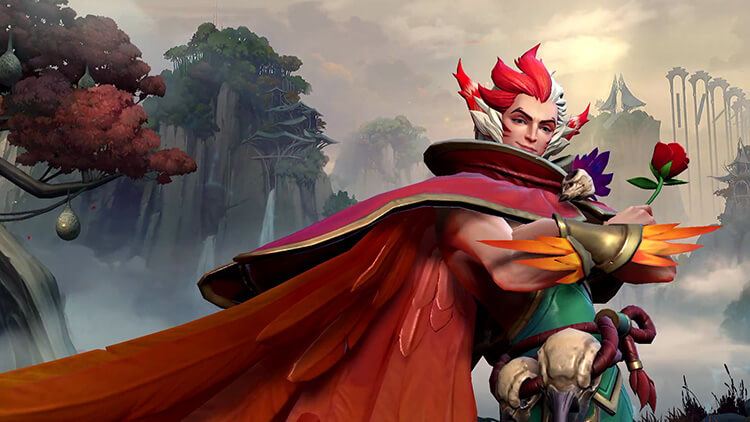 As mercurial as he is charming, Rakan is an infamous vastayan troublemaker and the greatest battle-dancer in Lhotlan tribal history. To the humans of the Ionian highlands, his name had long been synonymous with wild festivals, uncontrollable parties, and anarchic music. But this energetic, traveling showman has left his old life behind, dedicating himself to the cause of his lover, the rebel Xayah. Together, they seek to free Ionia’s wild magic, restoring the vastaya’s birthright.

Rakan will be released later in the patch.

Replays are now available for your 50 most recent matches! Play back your game as it happened to improve your play or relive those unforgettable moments. 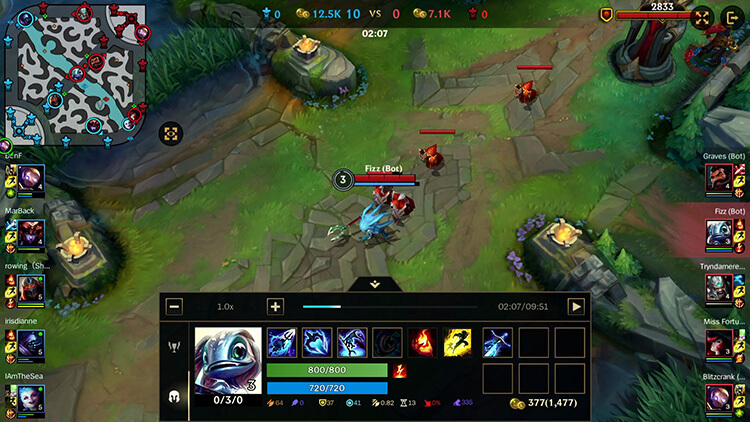 Attention all coaches, organizers, and backseat gamers: Patch 2.1 brings the ability to spectate your friends’ matches!

Spectating a matchmade game features a three minute delay to avoid game spoilers. Custom games feature three spectator slots, and do not have any delay. 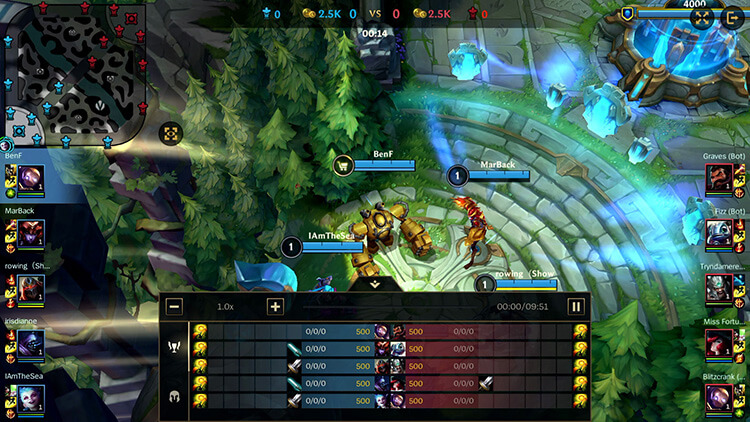 Empower the relics of revels past to tame the Beast and save the day.

This patch, we’re taking a good look at the recently-released yordle champs to address some outliers, as well as putting some power back into fighters like Jarvan, Jax and Yasuo.

Corki isn’t delivering on his high-flyin’, high-falutin’ antics, especially given his identity as a marksman mage. We’re adding a bit of satisfaction to his arsenal.

Jarvan’s been underperforming for a while now so we’re giving him some buffs to make him a more worthy contender.

Jax has been underperforming in matchups we expect him to be stronger in. Amping up his gap closing so he can snowball better, particularly in situations against squishy ranged champions.

Fixing an issue where Kai’Sa wasn’t hitting as hard as she should.

Electric ninja rat too strong, especially as a lane bully and burst mage. We’re tuning him down across the board.

Our last changes made it so Sonic Wave (1) sometimes can’t reach a target kicked back by Dragon’s Rage (Ult). We’re adjusting the range to make this combo reliable again. We expect this to be a light nerf, but Lee Sin is for the most part in an okay spot.

Tristana’s abilities feel very lackluster, and her signature Explosive Charge (3) is not living up to its promise of being a huge nuke when fully stacked. We’re amping up all of her explosive powers to help her keep pace with other bot laners.

Twisted Fate has been underperforming especially in higher levels of play. We are making it more rewarding to players who are able to select the right card in the right situation.

Yasuo’s ultimate sometimes feels more like a Last Sigh. Currently it feels like it takes too long to complete the animation so we’re speeding it up, and also increasing its damage in the late game.

We believe Youmuu’s is offering too much as a single item and needs to be trimmed down a bit to have a clearer (and weaker) purpose. We’re reworking the Momentum passive to only stack Movement Speed at a baseline instead of also converting Momentum into magic damage. Since our goal is not to nerf Dead Man’s Plate, we will be adding the Momentum to magic damage conversion onto Dead Man’s Plate’s Crushing Blow passive.

Stacking the effects of the Redemption or Locket Enchants should come at a cost similar to multiple Heals. We’re adding some restrictions to preserve active enchant diversity.

(New) Redemption heal effect is reduced by 50% if the target has been affected by another Redemption in the last 20 seconds.

Locket shield effect is reduced by 50% if the target has been affected by another Locket in the last 20 seconds.

Added the ability to see your exact latency in game.

By popular demand, added the ability to choose the order in which enemies appear when using Portrait Lock.

The in-game chat settings have been updated. All / Team / Off is now All / Team / Party. The new Party setting allows for premade party chat while hiding chat from other team members.

Added an indicator around summoner spell buttons showing exactly how long spell casts like Barrier and Ghost will be active.

Added a visual indicator to indicate reduced gold from minions if using the Smite summoner spell.

We felt that the Hand of Baron buff on empowered minions felt unfair to opponents and was misleading, so we’re taking some power away from them when you’ve long since peaced out.

Rift Scuttlers now spawn similarly to League PC. At the start of the game, two Rift Scuttlers spawn (one on each side of the map), then one Scuttler on either side is randomly spawned thereafter.

Increased the amount of Blue Motes in Weekly Activity Chests, and slightly increased Activity Points required to earn the third chest in a week. XP and Poro Coin rewards are unchanged:

Added the ability to gift recalls, baubles and emotes.

Fixed a bug where reaching account level 10 would remove the Suggested Activities menu.

Champions earned from leveling up have been removed as potential drops from chests.

Adjusted the login flow to ensure that important login popup messaging (like server status) will not be skipped when using automatic login.

On iOS, increased the time before automatic logout when minimizing Wild Rift or locking screen.

Moved hardware/device permission requests from first login to the first time a feature is used. For instance, instead of requesting access to save media on first login, Wild Rift now asks for access for the first time saving media (like sharing on social media).