Katarina, the Sinister Blade headlines this patch, and she’s accompanied by a few balance changes to Lulu, Olaf, Blade of the Ruined King, and more. 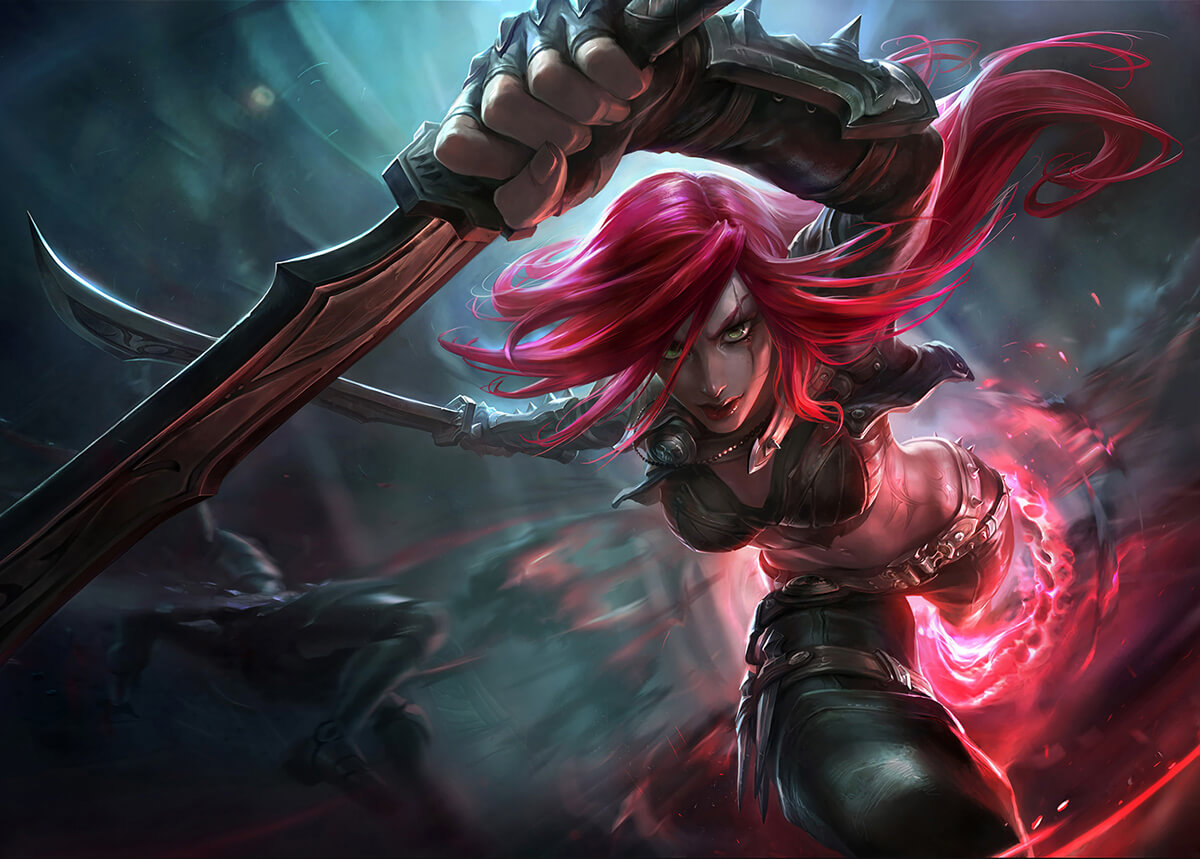 Katarina, the Sinister Blade headlines this patch, and she’s accompanied by a few balance changes to Lulu, Olaf, Blade of the Ruined King, and more.

Decisive in judgment and lethal in combat, Katarina is a Noxian assassin of the highest caliber. Eldest daughter to the legendary General Du Couteau, she made her talents known with swift kills against unsuspecting enemies. Her fiery ambition has driven her to pursue heavily-guarded targets, even at the risk of endangering her allies—but no matter the mission, Katarina will not hesitate to execute her duty amid a whirlwind of serrated daggers. 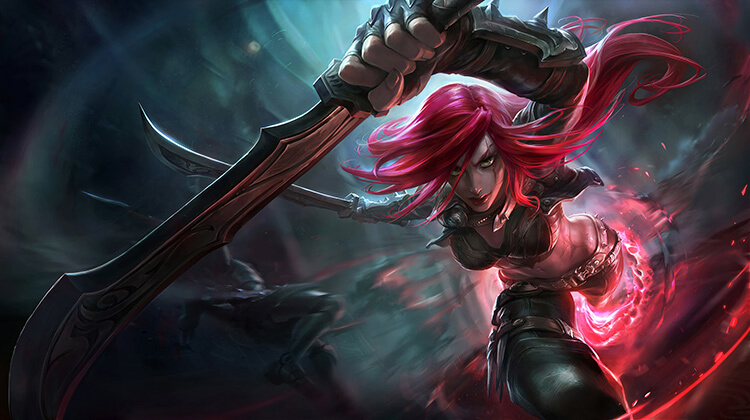 Katarina will be released later in the patch.

(Passive) Voracity: Whenever an enemy champion dies that Katarina has damaged recently, her remaining ability cooldowns are dramatically reduced. If Katarina picks up a Dagger, she uses it to slash through all nearby enemies, dealing magic damage.

(1) Bouncing Blade: Katarina throws a Dagger at the target that then bounces to nearby enemies before ricocheting onto the ground.

(2) Preparation: Katarina gains a burst of movement speed, tossing a Dagger into the air directly above herself.

(3) Shunpo: Katarina blinks to a location near a Dagger or unit, dealing damage to the nearest enemy. Picking up a Dagger reduces Shunpo’s cooldown. 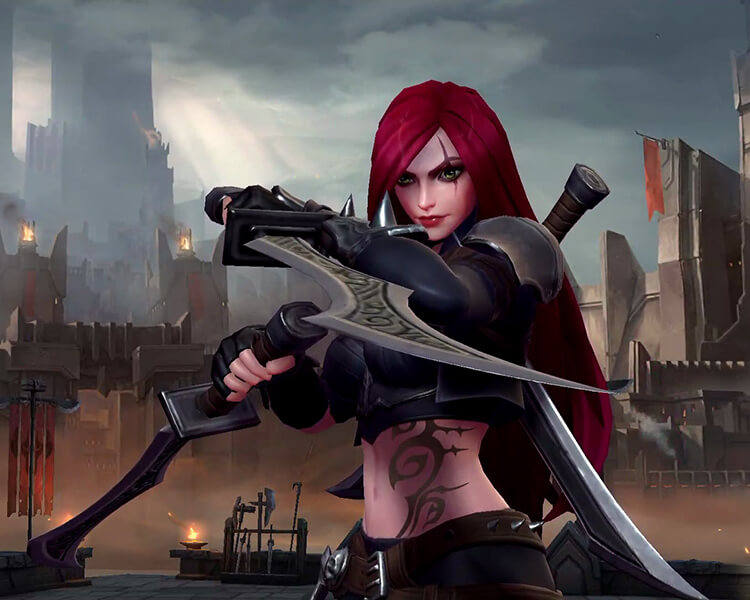 Katarina’s deadly knives are whirling into League of Legends: Wild Rift! Become the Sinister Blade and shred your targets with ruthless finesse.

You’ll have to think like Katarina if you want to add her to your roster, and that means three things: Getting takedowns, doing damage, and repping Noxus. 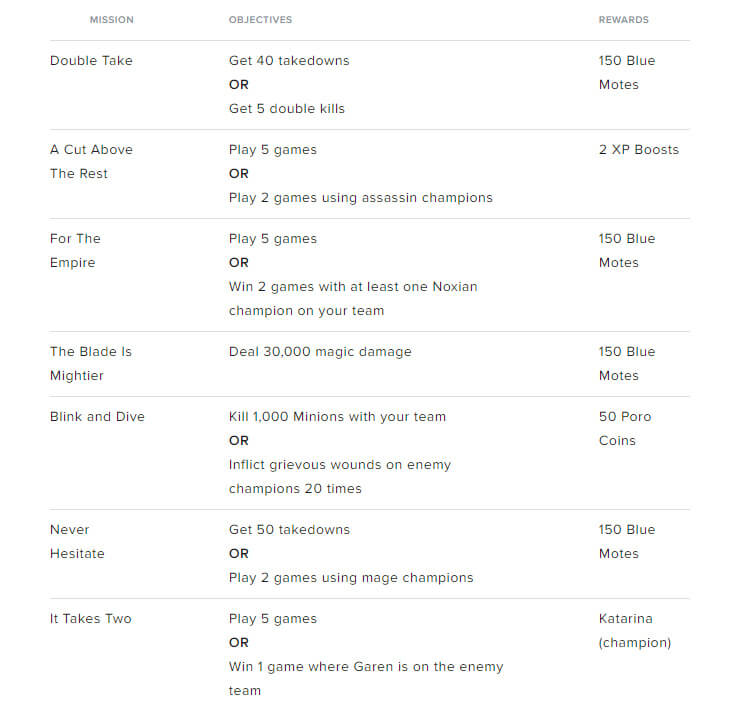 Katarina has Shunpo’d her way into the store!

Every blade has its price. If you don’t manage to earn her services with the missions above, a bit of coin will do the trick.

Those looking to score extra style points with their takedowns might also consider picking up the Katarina Release Set for 2077 Wild Cores, which includes:

For an ability that already requires attacks to be cast at full potential, (1) Ranger’s Focus felt a little bit too gated. Removing some of the cooldown to help improve the flow of using this ability.

Darius has been slightly underperforming in higher levels of play so we are making his successful ability hits a bit more rewarding.

Ezreal has been slightly weak since our last round of nerfs. Reverting the nerf to his (1) Mystic Shot we did back in Patch 1.1 to help him catch up.

Everyone has tasted enough purple by now. We’re taking a larger swing at nerfing Lulu after seeing her win rate climb too far as people got better at playing her. These changes should help create more room for opponents when playing against her.

Miss Fortune’s baseline defenses and waveclear are a bit too high given her ranged profile when compared to other marksmen. We’re adjusting her so dealing damage to her is more significant in stopping her from strutting to victory.

Olaf’s been overly consistent as a champion who is supposed to take risks to deal damage. We are toning down his utility and early game power to make him less generally powerful.

Varus is just a nudge from being in a really healthy spot. We are amping up his fun and unique ability to help him solidify his identity in the marksman roster.

Vayne is a bit weaker in the duo lane than we’d like and is at risk for being the most affected by the Blade of the Ruined King changes (see below). Doing some preemptive light buffs that we think make her stronger when sharing lane with a partner than by herself.

Xayah released weaker than expected. Giving her a large buff to help her soar.

Blade of the Ruined King has risen to the top in all builds for marksmen even when its effect doesn’t seem like it would synergize that well with the individual champion. We are nerfing it and also shaping it so that the identity of the item is more in line with attack speed-based champions. We’re not seeing melee champions abusing this item, however, and we will be increasing its on-hit damage from melee attacks to keep it relatively power-neutral for melee users.

Blade of the Ruined King

Many champions are overly benefitting from the power of Liandry’s Torment. We are tuning this item’s AP down as its identity should be more about dealing tons of damage in long fights through its passives than simply being a very strong AP stat stick. We’re adjusting Haunting Guise to accommodate this change.