Mamoswine is now available in Pokémon UNITE. Players can unlock this Pokémon for 8,000 Aeos Coins or 460 Aeos Gems.

This powerhouse Pokémon is a Melee Defender, and it’s ready to carry its weight in any battle. This Pokémon begins each match as Swinub, and it evolves into Piloswine at Lv. 6 and Mamoswine at Lv. 10.

Mamoswine’s basic attack becomes a boosted attack with every third attack, dealing damage to opposing Pokémon and leaving them frozen for a short time when it hits.

In addition, Mamoswine’s basic attacks deal increased damage for a short time to opposing Pokémon it has frozen with one of its moves.

Furthermore, due to Mamoswine’s Ability, Thick Fat, every time the Pokémon deals damage, its Defense and Sp. Defense are increased for a short time (up to three times), and when Mamoswine uses Ice Shard, Icicle Crash, or Ice Fang, its next basic attack becomes a boosted attack.

If any of those three moves creates a freezing area of effect inside an ally goal zone, it decreases the goal-scoring speed of opposing Pokémon inside that goal zone. 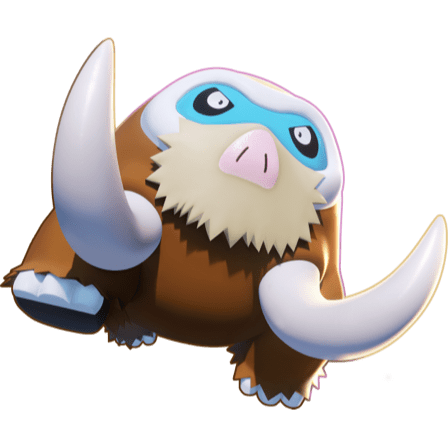 Here are everything you need to know about Pokémon info and move in Pokémon UNITE (up to Ver. 1.2.1.5).