The two teams were evenly matched, but RNG’s end game team fighting proved to be too much for the Korean powerhouse. RNG’s victory snaps a three year reign atop the League of Legends world. And for Uzi, who just won his first domestic title a few weeks ago, this title cements his standing in the League of Legends pantheon. He stands above every other ADC in the world.

“I’ve been trying to win this title for six years now,” said Uzi as confetti poured down on his head. “I can’t imagine that I’m standing here [right now] winning this trophy.”

One of the most contested picks of the tournament ended up being Teleport Ezreal — we saw PraY first pick it in all four games against the Flash Wolves, which was then replicated by Uzi and RNG in the first three games of this Final. I hope you’re excited to watch your Silver Ezreal miss all of his skill shots and never auto attack anything because the boy wonder is hot, hot, hot right now!

Game 1 was the Uzi show as he won as Ezreal against the lane-dominant Caitlyn matchup thanks to Ming receiving the counterpick and taking a ranged champion (Janna) into a melee one (Braum). In taking the KZ turret first, the RNG duo was able to maneuver around the map to snowball the game in RNG’s favor even with Ezreal being the only real damage source.

RNG selected Sion and Ornn for their solo laners, which was met by Fiora and Irelia on the other side. It felt like watching Uzi and his four bodyguards taking on a troupe of deadly assassins. They would be outgunned, though, as Ezreal proved too slippery to catch.

The League of Bruisers trend continued into Game 2 and RNG once again secured an advantage by the mid game. Some sloppy play by KZ where they stood atop a ward led to them being picked off — they’d go on to lose their middle inhibitor. However, a major fight in the top side red jungle swung just barely in the favor of KZ, and from there they managed to choke out the RNG roster.

It seemed, finally, that we would have a close series after both Quarterfinals proved to be decisive victories for RNG and KZ. RNG had other plans.

In a battle of brawn, it seems almost fitting that the first real mage would make a large splash. Xiaohu’s Vladimir finally made it through the ban phase and proceeded to decimate the KZ lanes to open up a massive lead for RNG in Game 3. They would not look back. 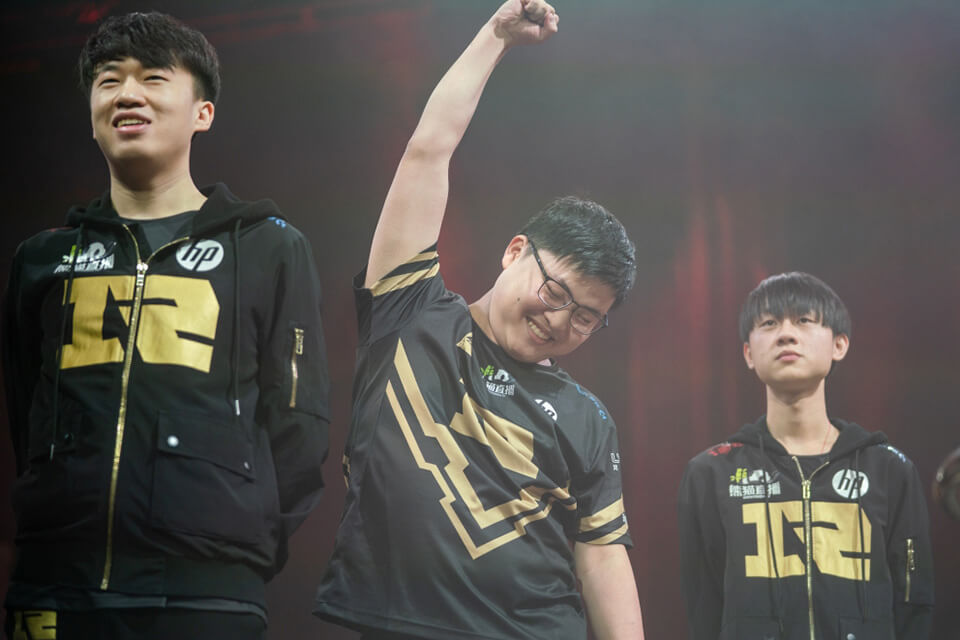 Uzi looked even more dangerous with such a potent force of damage beside him — he constantly shifted into the enemy team in a dazzling display of confidence and mechanics. KZ would be decimated in just 26 minutes in one of the most lopsided losses for a Korean team in memory.

And then Game 4 flipped the script on its head. KZ banned Ezreal, which opened the portal to the netherworld, where Malzahar jumped in for RNG, and Illaoi and Vel’Koz for KZ. Karsa pulled off a successful gank against Khan’s Illaoi before he hit level six to prevent the top lane from ever getting out of control. The camp would continue through the mid game. This extended the trend of Khan’s underperformance at MSI 2018 — especially given that he was expected to dominate his opposition here.

But KZ would rally behind the strength of their mid laner, BDD, and eventually sneak a Baron that snowballed the game in their favor. We saw one KZ inhibitor fall, and then another — it looked all but certain that KZ would push the set to a fifth game to decide the match. But RNG — true to their name — never gave up.

A critical mid lane pick onto both KZ carries — BDD and PraY — allowed RNG to push directly into the KZ base. The crowd oscillated between roaring and holding their breaths as if they couldn’t believe KZ would actually lose the game. After all, they’d been undefeated in any set that top laner Khan had finished all split and were pegged as one of the strongest teams in years.

But RNG kept pushing forward — as unrelenting as the reputation of their region. The aggressive thrust destroyed the KZ nexus, and RNG would finally capture its first international title after so many close calls. Uzi — who has been on the losing end of a title twice now — would see the view from the top.

It is a heartbreaker for KZ — this is now the sixth international tournament where PraY has been knocked out by the winner. They’ll return to Korea — disappointed for sure — where they’ll retool to prepare to host the World Championship in a few months. KZ, and the entirety of the LCK, will be fighting not just to defend their home soil, but for revenge.

As for RNG, they’ll savor this moment a minute yet. League of Legends’ largest region will welcome them with wide arms. Let there be no further doubt or marks against Uzi’s career. The only thing he has left is Worlds. It won’t be long before he turns his eyes there. And for now, it seems, there is nothing is that can stop him.