Webzen has announced MU Legend new update Faction War will release on January 9th, 2018. Homil, Content Developer for MU Legend, said “The Faction War is a massive and unique feature that is quite different to the sieges that you may have experienced in other online games.”

Following is Developer’s Note about Faction War from Webzen.

BEGINNING OF THE FACTION WAR

The Faction War is a massive and unique feature that is quite different to the sieges that you may have experienced in other online games.

MU Legend is a hack-and-slash game, which is usually not associated with massive battles with large groups of players. One of the main goals during its development was to allow as many characters as possible to access all content without any hassle and achieve a sense of fulfillment as they progress through the game. While working towards this, we discovered it was quite challenging for us to come up with a large-scale PvP feature that suits the game.

We tackled the challenge by reinterpreting a classic narrative of cooperation and conflict among multiple characters, often expressed through the “siege war” content in other games, into our own unique content that is consistent with the features of MU Legend.

Our goal was clear: to attract as many guardians as possible, to find a way for non-PvP players to have a role to play in their guilds, and to spark conflicts among guardians in a fun and engaging way!

But what matters is how well we deliver what we achieve.

BEGINNING OF THE FACTION WAR: THE FRONTIER

As you all know, MU Legend takes place in the land of MU, a continent that floats in the sky.

A storm of powerful evil energy whirls beneath the continent, making it nearly impossible to venture down to the regions below.

However, one day, the storm cleared for unknown reasons, revealing a new floating continent.

The people of MU began to call this new land “The Frontier”.

The discovery of The Frontier was a tragedy, but also a blessing.

As it turned out, the land was rich in a new type of valuable resource found nowhere else. This led to new conflicts and clashes among all the countries on the continent of MU.

After a long, arduous war, the countries agreed that they could no longer afford to fight each other over the new land. Instead, powerful leaders from across the continent held the Continental Leadership Congress and declared The Frontier a neutral region, which could not be claimed by any one country or alliance.

They decided that the neutral region would be ruled by reputable guilds, who would each control a portion of the land as their domain. The countries on the continent would then reap tax revenues from those domains.

This opened up new, lucrative opportunities for renowned guilds across the continent.

They could now use the Odyssey Crystal, a unique resource only found in The Frontier, to imbue their equipment with new powers. This gave them the chance to gain recognition for their guilds by winning the Faction War tournament held by the Continental Leadership Congress.

And soon you can jump into the Faction War to claim that power and fame for your guild! 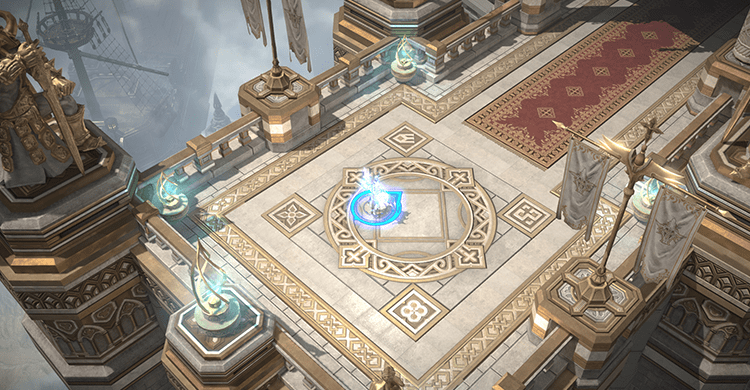 If you watched the G-STAR videos before the OBT Launch, you should be familiar with the basics of the domain and tournament system. For those of you who didn’t watch them, or are fuzzy on the details, I prepared some images to help you understand what it is.

On the Faction War map, a hexagonal tile represents a territory.

There are a large number of territories on the map, to prevent a handful of guilds from monopolizing them all.

However, not all territories are the same.

Territories have grades. A territory with a higher grade rewards the occupant with superior benefits, but it’s more difficult to occupy and maintain: you will face more powerful opponents in fierce battles.

If your guild does not have enough members, or is simply not powerful enough, it’d be a better strategy to go for territories with lower grades.

Each guild applies for a tournament for the territory they want to occupy. If the guild survives the preliminary rounds, they can fight for control over the territory in the final match.

From the beginning right to the final match, all guild members should work together under carefully coordinated strategies.

The choice of the tournament format shows the direction of the new content. It is designed to be accessible to as many players as possible.

By participating in each round of the tournament, players will be able to experience this new feature from their respective positions.

The Faction War rewards players just for participating in it. Basically, it’s like a giant festival for all players and guilds!

Now, in conclusion, I would like to show you a screenshot of the Guild Harbor, in case you haven’t already explored this part of the map. The harbor will be the main venue for the Faction War and even more content, which will be released at a later stage. 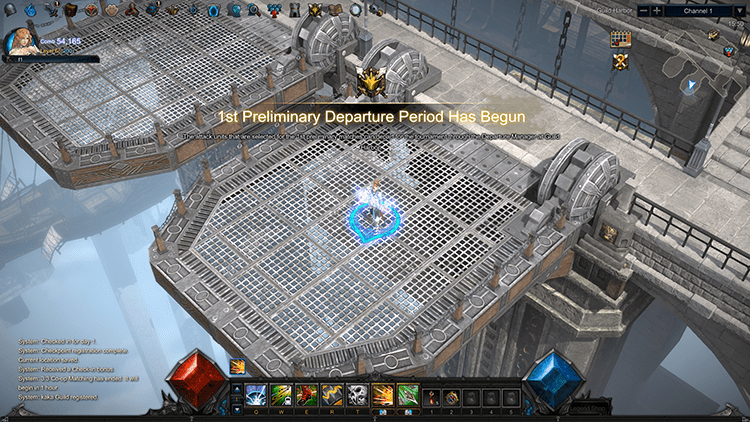 Webzen has announced Mu Legend new class Spellbinder will be arriving in March 2018. The Spellbinder is a support mage that employs psychic power to strike foes with levitating swords and throwing weapons.

Currently the only female class and a powerful ranged damage dealer, the Whisperer is the quickest class with the greatest attack speed in MU Legend.