After the update on June 6th, the Onmyoji Arena Asian Server Elite Challenge tournament will start! Do you have the will and skill to become the champion among elites? 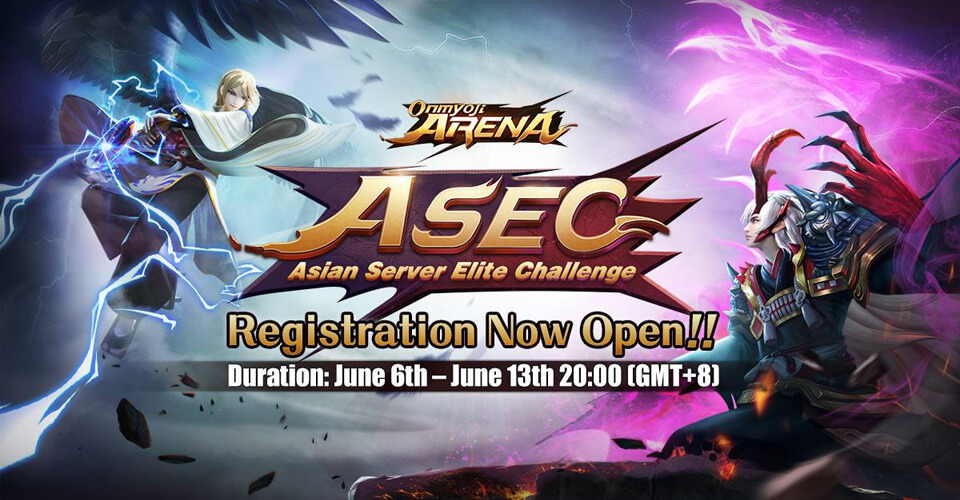 The tournament will be divided into three stages:

Cheering Contest (June 6th – June 13th): Every day from 20:00 to 22:00 (GMT+8), Onmyoji Arena players can participate in a unique cheering contest mode. Battle in this mode to earn points for your division to gain an extra qualification place in the offline final.

Qualifier (June 6th – June 13th): The top 8 teams with the highest team scores in each division will advance to the online division competition.

Online Division Competition (June 16th – July 1st): The 8 teams who qualified will compete in BO3 knockout rounds (elimination). The 2 finalists will compete in a BO5 online final to become the champion of that division.

Players ranked Platinum I and above can participate in the Cheering Contest.

Players that complete a battle during the above time period will earn points for his division.

During the competition, players cannot change the division he represents.

The points from the 2 highest scoring matches (points earned depend on win/lose and performance during the match) each day will be the player’s point total for that day. A ranking will be generated according to the point total of players each day. The sum of points from the top 50 players of each division each day will be added to the accumulative total of their respective division.

Players can check the points earned from each match and their current point total in the match results interface. Players can also check the ranking of the divisions in the Cheering Contest interface.

At the end of the Cheering Contest, qualification places for the offline final will be allocated according to the ranking of the division. Players will also receive a reward depending on the final ranking of their respective division, consisting of coins and mystery vouchers.

You can register on the official site or in the game. Information required for registration include division, nationality or region, team name, contact information.

All team members should be from the same region/country as the registered division. The registration information will be verified at the offline finals. A team will be disqualified if the information is mismatched or not true.

All teams mush finish registration before deadline. Each team is made up of 5 members and 1 substitute can be added. The last member on the list will be regarded as the substitute by default. Information of every team member cannot be changed once the registration is submitted. For further questions, please contact: onmyojiarena_asec@service.netease.com

Please upload a screenshot of all 5 team members in one matching team to the registration page. Please note that your registration will be invalid if the uploaded files are incomplete or incorrect.

The team leader should fill in the registration form based on facts. If you fill in information of other players without their permission, you will be disqualified.

One player can only join one team. If you register in more than one team, you will be disqualified.

Each team’s member list is finalized once registration is complete. During the entire competition, teams are not allowed to switch members or add extra members. Violations may lead to disqualification.

Participating players should be at least 16 years old.

Teams registered in this tournament will have priority to participate in city-based tournaments in the future.

Regarding devices and connection:

Device, account and network used for online tournaments shall be prepared by the player. During competition, if the player cannot normally participate due to disconnections, account irregularities, device malfunction, server crash, etc. The player is to take on full responsibility.

If a player is disconnected during a match, the match will not be paused. The player must reconnect on his own and return to the match.

If a player pauses or resume a game without the consent of the referee, the referee has the authority to arbitrate.

In the case where the referee determines a match cannot be paused nor continued normally, and regards a restart as necessary, participating teams must use the same character and skill set up (including passive and chosen abilities) as before after the referee sets up a new lobby. If a player makes any adjustments on his own, referee has the authority to arbitrate and impose penalties.

Prize money from online competitions will be distributed after deducting applicable taxes, depending on the region of the player.

The offline final will be held in Taiwan. Prize money will be distributed after deducting applicable taxes in accordance to local tax regulations.

The organizer reserves the right of final decision on the interpretation of the registration rules above.

Team score: The sum of the scores of all five team members according to their tiers.

Scoring: Players rank up normally by participating in talent quest. At the end of the qualifying period, players will receive a score depending on their tier. The higher the tier, the higher the score.

Qualification for the next stage: At the end of the qualifying period, the top 8 teams with the highest score from each division will advance to the next stage.

Note: For teams with the same score, the team with more net wins in talent quest (net wins = wins – defeats) will rank higher.

The official list of qualifying teams announced by the organizer will prevail.