Hi-Rez Studios has been released Paladins Strike CB5.5 patch featuring new champion Grover, The Wild. Grover is a unique and versatile support champion who depends on excellent position. His basic attack damage scale with distance while his Blossom ability allows him to heal his nearby allies, so be sure plant you root in the right place at the right time. 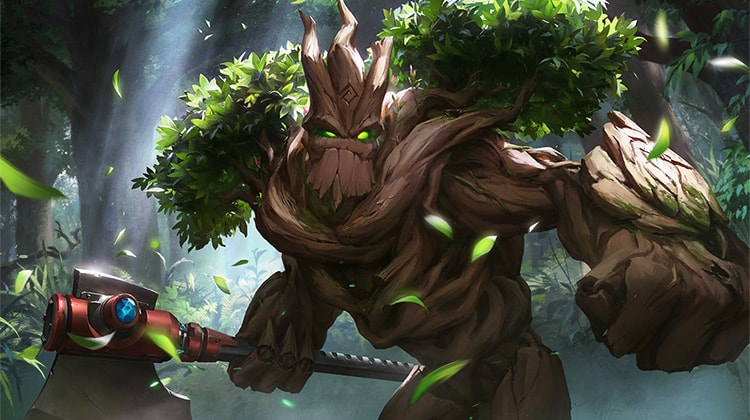 Throwing Axe: Hurl your axe dealing 140 damage to enemies in an area in front of you.

Crippling Throw: Throw an axe that deals 250 damage to the first enemy hit and reduces their movement speed.

Blossom: Activate to heal the lowest HP nearby ally for 360. Bonus Damage: Grant nearby allies 25 HP per second. This effect won’t be active when the ability is cooling down.

Vine: Throw a vine, latching onto the first ally or terrain that it touches then pull yourself towards it. Grover and the target ally will gain a shield which can absorb up to 280 damage.

Whirlwind: Grover grows into an old tree that rapidly heals nearby allies for 125 health per second for 5s.

Rampant Blooming: Healing allies with Blossom will heal them for an additional 80 Health per second for 4s.

Living Vine: Throwing a vine to the first ally or terrain reduces the cooldown of Vine by 50% or 25%, respectively 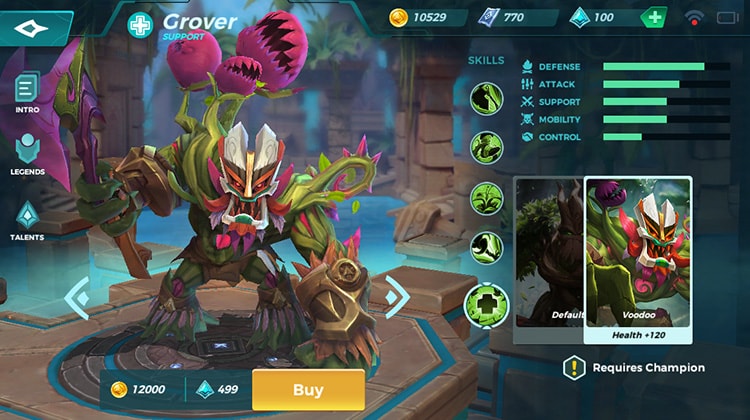