Keera has 20% Magic Life Steal, and her normal attacks have 100% Physical Bonus and 35% Magic Bonus. Keera’s skill damage is shared among up to 3 enemies hit.

Keera leaves behind a clone of herself while she leaps at the target location, dealing 50/55/60/65/70/75 (+30% of AP) magic damage (double for those in the inner circle) to enemies near the landing spot, marks the nearest enemy hero for 3 seconds and pulls this hero towards herself.

Recast: A clone charges at the marked target, dealing area magic damage equal to 40% of the damage dealt to the target when it is marked on hit.

If no target is marked, the clone will charge at Keera, dealing area magic damage up to 60% of the damage dealt by Keera during this time. The maximum amount is 40% of Keera’s max HP.

Cannot be targeted while the ability is in effect, and enemy heroes that touch the edge of the area are stunned for 0.5 seconds (removed after triggered; removed if interrupted).

Dark Blades: Keera’s normal attack becomes ranged with shorter intervals, and can be used while moving.

Clones look the same as Keera to enemies.

Keera gains Dark Blessing: Movement speed increased by 20/30/40% for 8 seconds, can move through terrain and buildings, resist 3 normal attacks from enemy heroes, and become invisible while inside an obstacle.

Skill 1 and 2 are reset when Dark Blessing expires.

Dark Blessing is removed after a certain number of normal attacks have been resisted. This ultimate can be used while affected by a control effect, but this will not remove that effect.

A pair of black metallic scissors was entangled by two pink strands and dangled amid the flickering candle light.

Keera pulled her fine hair, strand by strand, until she connected everything that could cause harm. After decorating the room carefully, Keera blew out the candle and crept back to the corner of the room quietly.

In the darkness, she hugged her knees with her delicate arms. Draped on her thin back was an oversized worn robe. She let the rough wall cut bloody lines on her back. The pain comforted Keera at this very moment.

In this dark cellar, only pain could remind her that she really existed.

Embraced in this meager satisfaction, she closed her eyes and fell into a slumber.

The crisp chime of a bell disturbed the silence in the cellar.

Keera startled as she awakened. Her blood boiled and the tiny iris’ of her eyes glowed with a demonic shade of red.

“The old thing is back!”

The bell was one of the contraptions Keera set up: The silver bell was connected to strands of rope made of spiderwebs; the durable spiderweb rope passed through a gap in the door and all the way into the passage. Many such contraptions were installed here, making the announcement of any visitor inevitable as long as they entered as these ropes would trigger the bells and alert Keera without the intruder knowing.

Sharp scissors dangled above the door of the cellar; mud filled with dozens of rusty nails lay under the door; and a broken cudgel was suspended on the cabinet nearby. These preparations lay in wait of any intruder who opened the door.

The mental countdown only served to excite Keera further. The old thing had been gone for many days, which gave Keera enough time to set up everything and filled her with great anticipation.

Keera still remembered that the last time the old thing left, he was gone for less than half a day. During this time, she spiked his wine barrel with her secret stash of poisonous fangs and spider eggs; and when the old thing returned, she served him his wine obediently, only to be seen through by his fierce gaze. To her surprise, the old thing didn’t punish her. In fact, he praised her actions and even let her play at the riverside for half a day.

Keera really enjoyed the feeling of lying in the water as it reminded her of her dead mother. She had been with the old thing for so long that she barely remembers her mother’s face. But even so, her most unforgettable memories were still fresh in her mind.

Although she didn’t understand why the old thing would reward her, but after that incident, Keera understood one thing: the old thing would let her play by the riverside if she set up another trap. As a result, she put in more time and effort this time to design a fabulous trap to welcome the old thing’s return. Keera believed that she could do even better if not for the limited resources in the cellar.

She even believed that she could make the old thing bleed.

“This must hurt!” Keera spoke to herself as she drew circles in the air with her fingers. “Maybe he’ll even be hurt so badly that he’ll have to lie down on the bed for several days. If that happens, I’ll be able to do whatever I want…”

Upon thinking of this, Keera’s face became red with excitement, making her look like a ripe apple.

“Hi.” The gentle voice of a woman filled the dark cellar with a water-blue magical halo.

It’s not the old thing!

Keera lifted her head in astonishment to see the scissors descending onto the head of the woman.

“Is this how you say hi?” The woman waved her hand. The falling scissors were suspended in the air by a floating globe of water. At the same time, Keera noticed that the mud below the woman’s feet had been enveloped in a mass of pale blue and the cudgel swinging at the woman had been stopped by one very thin finger. Keera found herself envious of this woman.

“Who are you?” Keera’s childish voice conveyed her undisguised surprise and joy.

The flushed look on Keera’s face was perfectly disguised by the shadows in the corner. For some strange reason, the woman made Keera feel calm and peaceful, and reminded her of the happy times she spent playing in the river… In Keera’s eyes, the figure of the woman in front of her overlapped with the shadow of her “mother”.

For that reason, her tone was strangely intimate.

The woman frowned because she found Keera’s reaction to be inexplicable. “I’m Sephera, a mage from Carano. What should I call you?”

“Keera. The olâ€¦teacher always calls me Keera.” Keera looked at Sephera apprehensively, her expectant gaze filled with an innocence that didn’t seem to be fake.

Teacher, huh? This will be slightly troublesome then.

Sephera massaged her head gently with her index finger and middle finger. She couldn’t make a decision about the little girl in front of her.

After staying silent for some time, Sephera approached Keera who was sitting in the corner and extended her hand. “Your teacher has left this place, but I can take you home. Do you still remember where your home is?”

“Home? What is a home?” Seeing that Sephera had approached her, Keera was both afraid and excited. Her pointed ears that lay hidden behind her hair trembled with her pounding heart. However, she continued to hug her legs because she was afraid of offending this woman who she felt so close to.

“What’s elven blood? Keera doesn’t know what that is.”

“Come here and let me take a closer look at you.” Sephera reached out once again.

Keera didn’t reject her this time. She extended her scar-riddled arm and placed her tiny palm against Sephera’s hand and felt that calming tranquility from point blank. She seemed to remember something like this in the past.

“Heavens above! What did Lorion do to you?!” After seeing all the scars on Keera’s arm, Sephera pulled Keera into her embrace and caressed her tiny back compassionately, only to find it also covered in scars.

Sephera trembled and recalled her first meeting with D’Arcyâ€”at that time, he was also a stubborn and strong-willed kid and his body was also covered in scars caused by black magic experiments. This little girl called Keera was subjected to the same abuse as D’Arcy and they both called Lorion their teacher.

Sephera decided to do something when she recalled D’Arcy’s past. She stroked Keera’s hair and said, “Everything is fine now, child. I’ll bring you back to Carano with me. That place is our home. It is the home of all mages!”

Keera pressed her face against Sephera’s and resisted the urge to lick her face. She responded to Sephera in a well-behaved manner.

However, hidden deep in her heart was something else that she didn’t dare to say out loud: 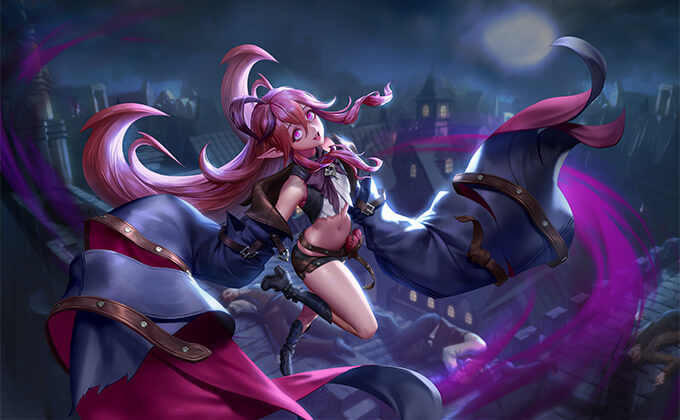 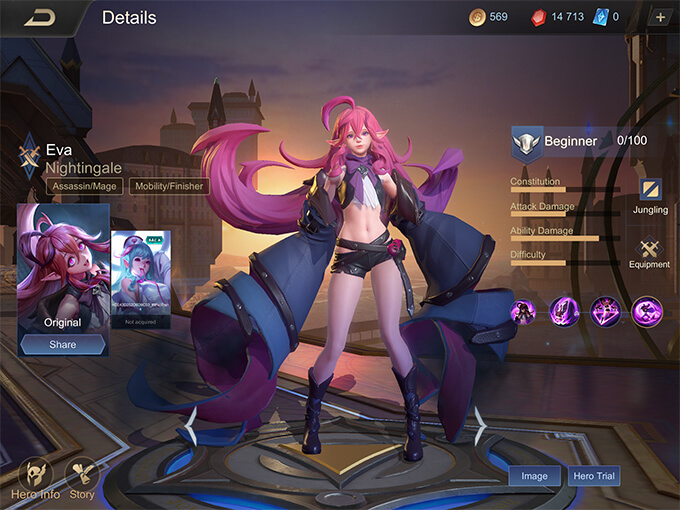 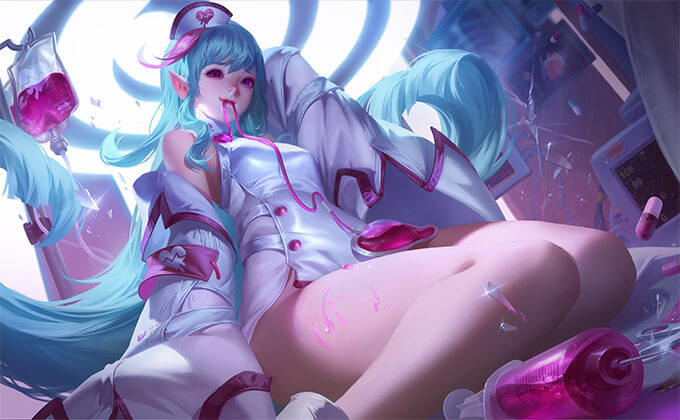 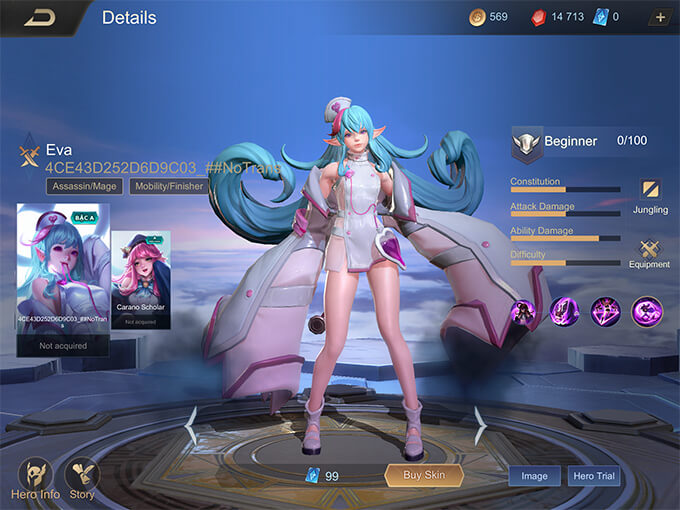 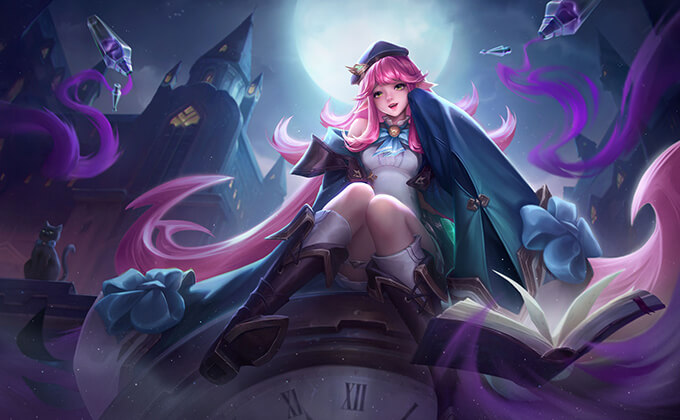 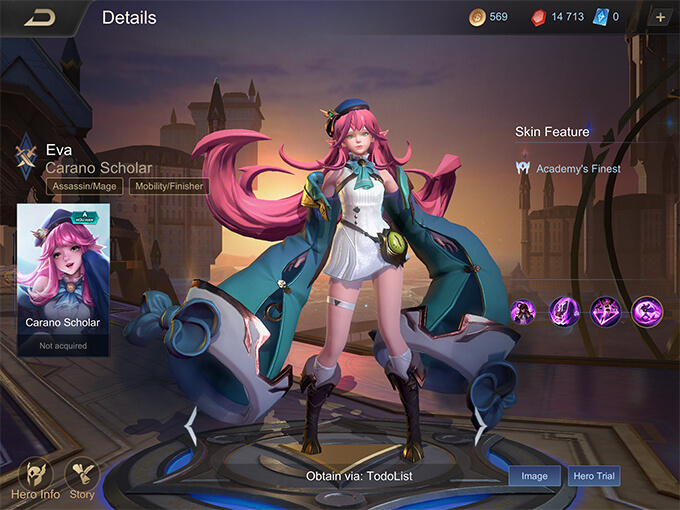 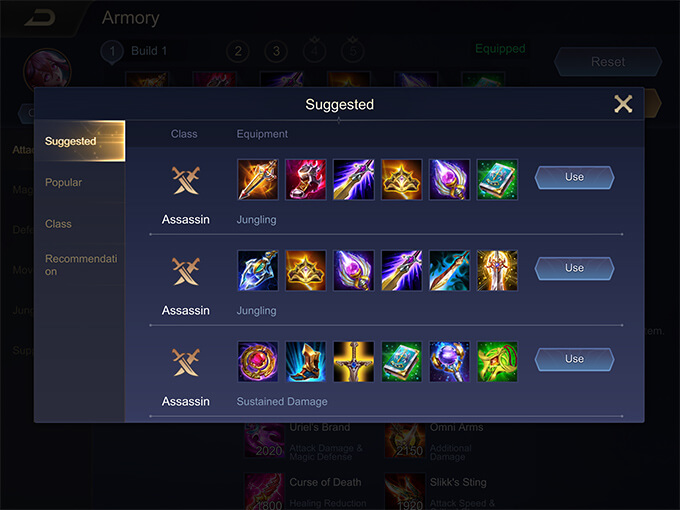 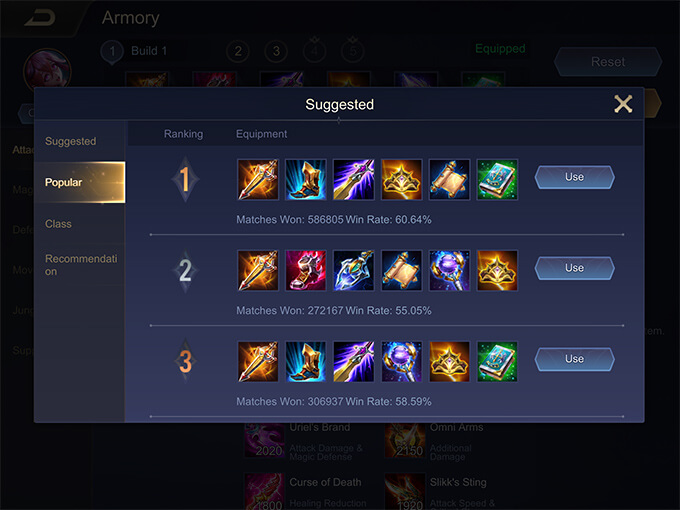 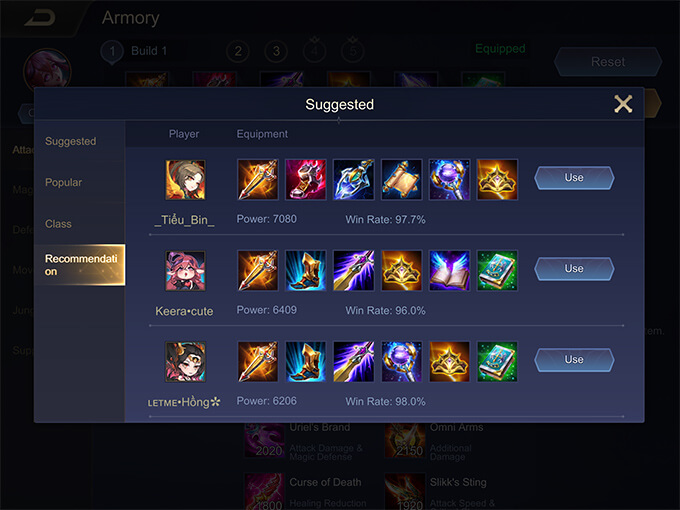 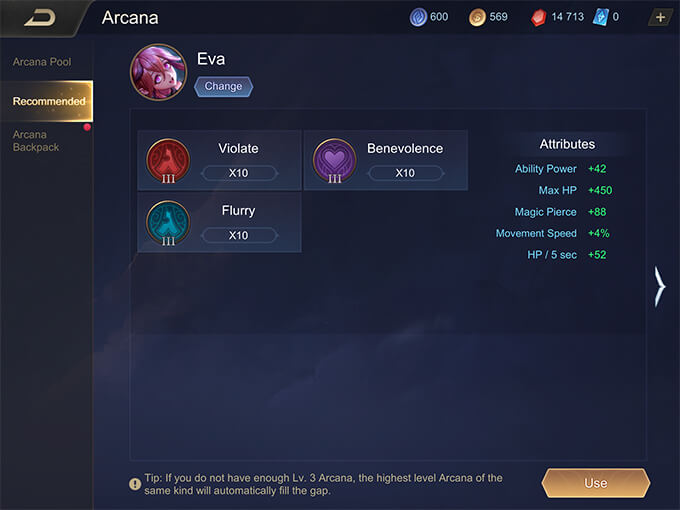 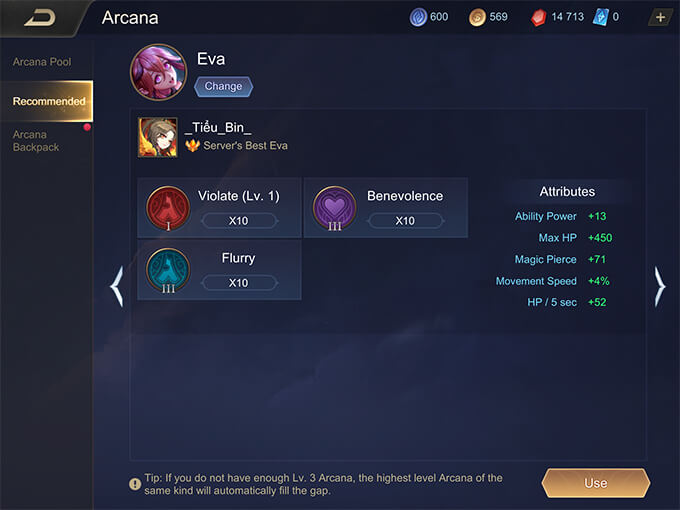 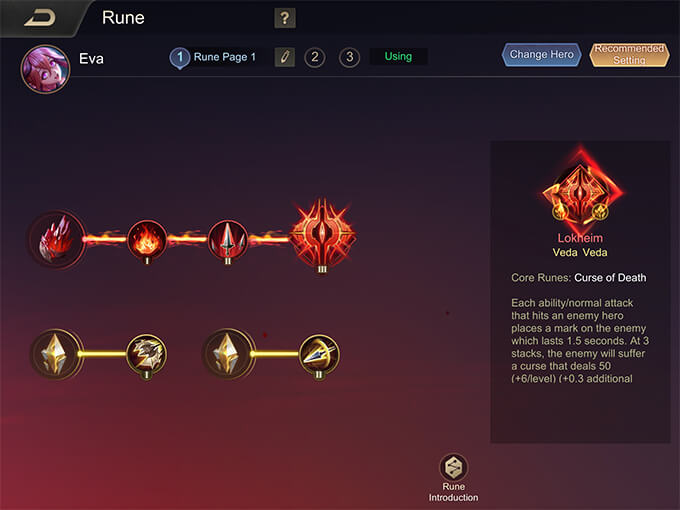 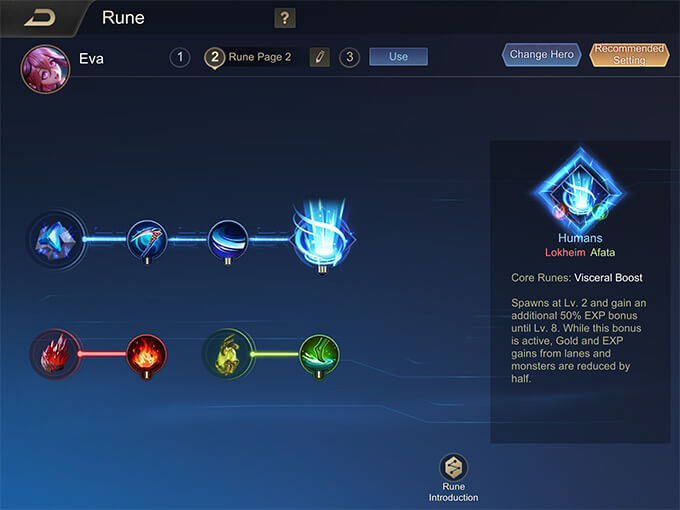 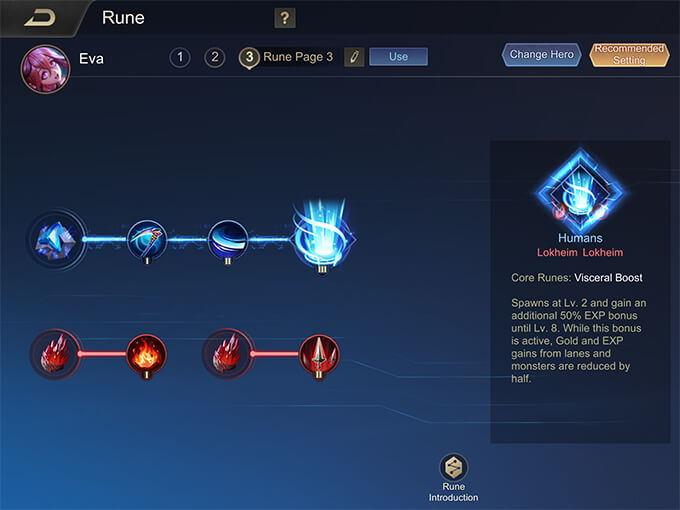 I started the 13th codex with an elite pass, and I have not received the Eva. I did receive the nurse skin, but without the character, that is pretty useless. Has anyone had this issue?

My name is Keera lol