Onmyoji Arena will change the lineup of the limited-time free shikigami at 5:00 AM on July 5th, 2021. The new free shikigami will be Kubinashi, Hiyoribou, Umibozu, Ibaraki Doji, Mannendake, Menreiki, Puppeteer, and Dodomeki.

Onmyoji who own the God of Fortune Month Pact will have the additional free shikigami, Enenra and Zashiki.

Of these shikigami, Puppeteer and Dodomeki have a difficulty of Hard. Onmyoji who have been in Heian-kyo for less than 7 days can’t use them in battle for free.

Ootengu is a traditional mage whose overall room for error is rather low, but his damage output isn’t enough to make up for his disadvantages in flexibility and sustained DPS, putting him at a relative disadvantage when facing assassins or shikigami with high sustained DPS. We will try raising his base HP and damage to improve his performance.

When Yoto Hime selects an ability-focused set, she is overpowered in the early, mid, and late game. We’ve slightly reduced Yoto Hime’s strength while using this kind of set while also making suitable adjustments to her basic attack bonus to compensate in hopes of balancing the two sets’ overall strength.

When Kyuumei Neko is finished farming, her combat capability is overpowered while in her Ultimate Ability Enhanced state, so we’ve adjusted Kyuumei Neko’s strength while in this enhanced state.

Adjusted Immobilize duration of enhanced state from 1 second to 0.85 seconds.

As the strength of previous adjustments to Inugami did not meet expectations, we have made further adjustments.

Hakuro is currently relatively weak with a long overall farming period. We have adjusted the gains from his Ability 1’s passive by changing it to an Attack Speed bonus in hopes of letting him trigger his Ability 3’s bonus damage more frequently in the early
game and boosting his early game capability.

We have increased the base damage of Komatsu’s Ability 1 and ultimate ability in hopes of letting her equip herself earlier.

Complete the carnival-related quests to claim generous rewards including Broadcast Theme: Fun Playground, Fun Expression Collection II, Guide: gudetama, and Auspicious Daruma. You will also be able to directly purchase the corresponding crossover exclusive gift boxes or skins, and you will even receive a gift when you spend a certain amount of Jade!

Hiyoribou and Shiro’s Sanrio Characters series skins, Summer Lights and Tasty Delicacies are now available from July 2nd after maintenance to July 15th, 2021 at a 12% discount. 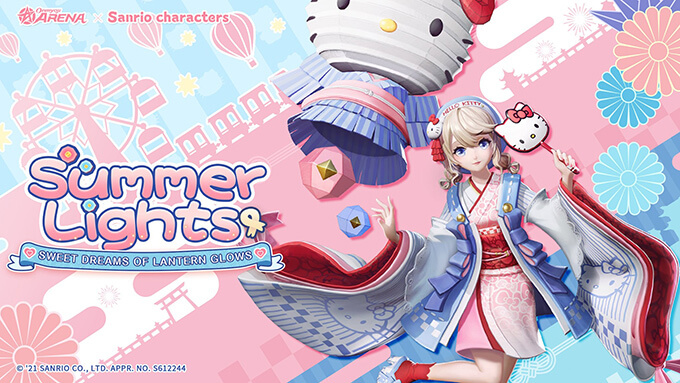 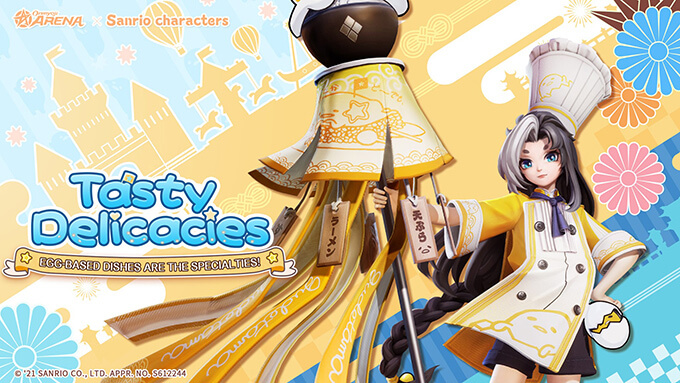 During the event, if your recharge meets the requirements, you can get rewards including Skin Tokens, Skin Token Vouchers, Evoluted Form Amulets and a rare avatar frame!

Event Rewards: Log in for 7 days to claim surprise gifts including a Shikigami 1-of-5 Pack!

The Daruma Blessing event’s prize pool has been expanded to include non-time-limited skins released before December 31st, 2020. We have also refreshed and reset the total number of item redemptions and total draw attempts.

Increases suppression duration. During the suppression, Bakekujira’s Movement Speed increases and he can drag the target as he moves.

If the second stage of the ability hits an enemy at the end, it can be cast repeatedly up to 3 times.