We will change the lineup of the limited-time free shikigami at 5:00 AM on August 23th, 2021. The new free shikigami will be Chin, Hako Shoujo, Vampira, Kainin, Shiro Mujou, Yoto Hime, Mouba, and Kosodenote.

Onmyoji who own the God of Fortune Month Pact will have the additional free shikigami, Kidomaru and Hakuzosu.

Of these shikigami, Yoto Hime, Mouba, and Kosodenote have a difficulty of Hard. Onmyoji who have been in Heian-kyo for less than 7 days can’t use them in battle for free.

“The shuttle of destiny will always shoot in its fated direction.”

Izaya is a ranged Mage shikigami whose abilities are designed around the themes of “Fate Weaver” and “Space-time Traversal.” Izaya is designed as a character who can weave people’s fates, so she can use her Ability 2: Brocade to weave enemies’ destinies together. Also, as the Shuttle of Heaven, Izaya has the ability to traverse space and time. Thus, she can use the Different Paths ability to create magic circles to change units’ positions on the battlefield. Using this with her Ultimate Ability: Ceaseless Cycle will extend this pull effect and deal massive damage to the enemy.

Passive effect: Izaya gains 1 stack of Shuttle of Heaven when her abilities hit an enemy. Upon reaching 3 stacks, the next ability Izaya casts will be enhanced:

Shrill Shuttle: Increases the number of shuttles cast to 5.

Brocade: Gains a healing effect equal to a proportion of the damage dealt by this ability.

Izaya creates a circle of shuttles at the designated location. Using this ability again creates another circle of shuttles near the first. After a short delay, both magic circles will be activated, transporting all units from one magic circle to the other, except monsters. If ally shikigami are transported, they will gain a Haste effect. If enemy shikigami are transported, they will take magic damage.

The larger the distance between the two shuttles, the longer the time needed for activation.

This week sees Izaya make her official debut on the Heian-kyo battlefield!

The Destiny Shuttle Selection Pack will also be available in the General Store. The selection pack includes the new shikigami Izaya, Evolved Form Amulet x1, Taichi Mudra x1, and Eight Petals x8. You can select which to purchase! The Destiny Shuttle Selection Pack will be available till 11:59 PM on September 2nd, 2021. Don’t miss out on this chance to get Izaya!

Kanko’s performance is comparatively weak in the mid and late game, so we’ve increased his growth to a certain degree.

New Effect: Kanko’s Crit Rate can increase this ability’s damage up to 50% (max value is reached at 100% Crit Rate).

New Effect: Kanko’s Crit Rate can increase this ability’s damage up to 50% (max value is reached at 100% Crit Rate).

We adjusted the other abilities’ damage to balance its strength

New Effect: Refreshes the cooldown of Ability 1: Soul-sapping Banner upon use, but will not provide additional charging.

Adjusted subsequent damage from repeated hits from 75% to 50%.

Hangan’s Qixi skin, Capital Returnee is now available. Get 12% off during the first week from August 20th to August 26th, 2021. 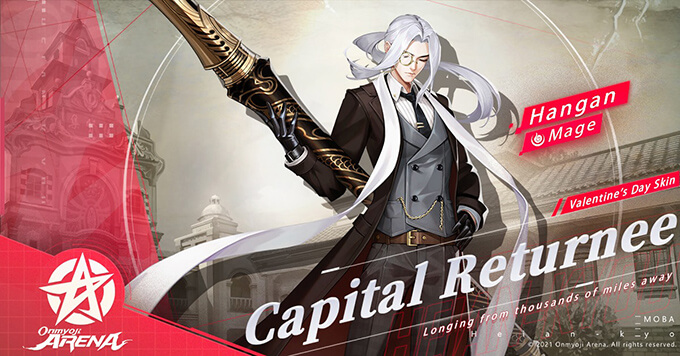 Hiyoribou’s Qixi skin, Exquisite Painting will make its return to the Skin Shop for a limited time! It will be available from August 20th to September 2nd, 2021. 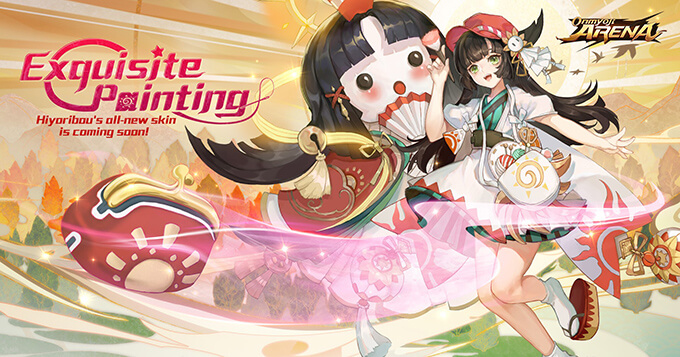