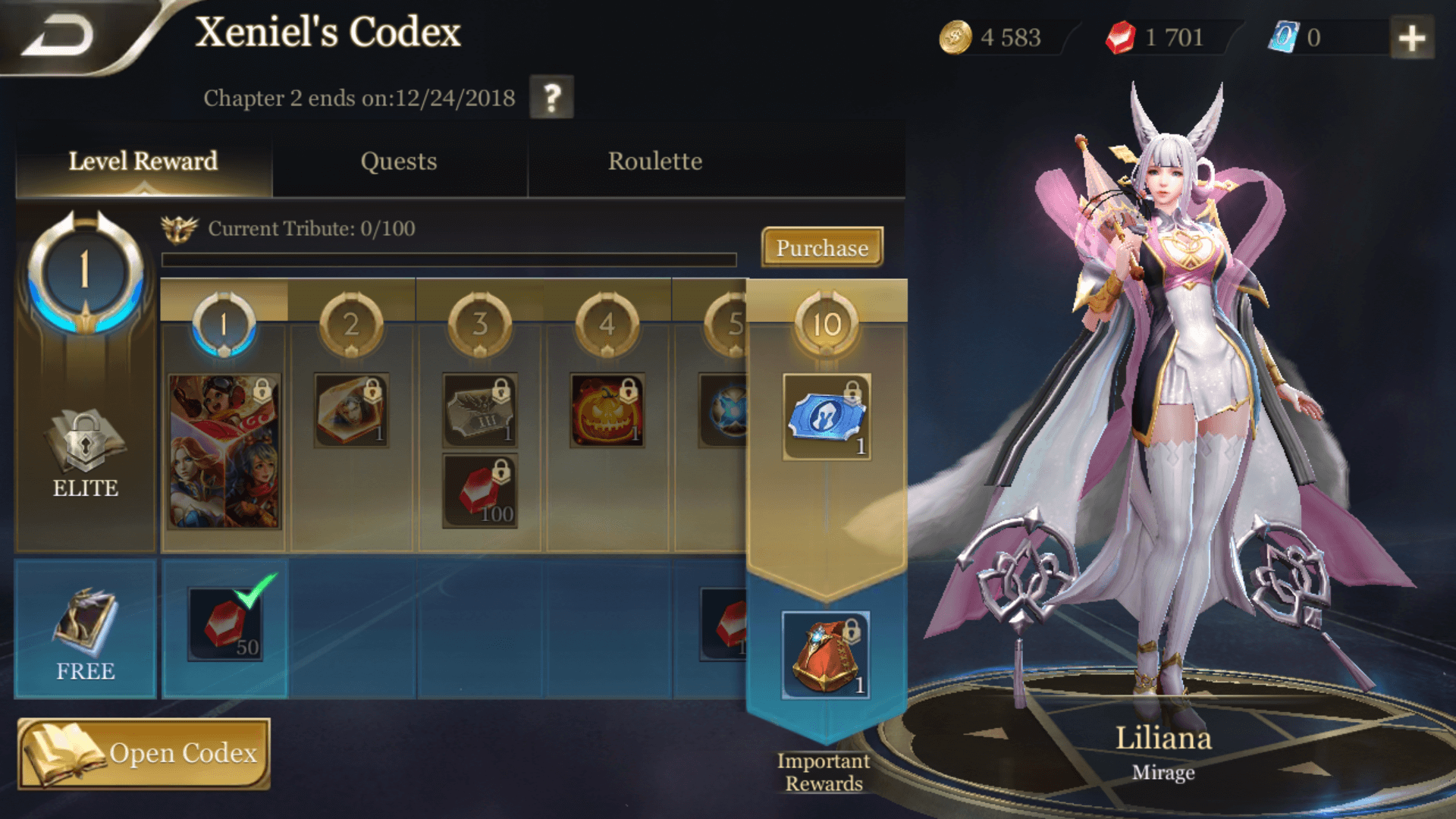 The Codex has a new quest every day that expires after 3 days. Tap Refresh to get new quest (expiration date remains the same).

Those who complete 10 or more quests will earn an extra chest and earn more Tribute. Uncollected chests will not be available after they expire