Iggy has 5 energy, and energy regeneration is affected by cooldown. Only its Ability 1 – Explosive Fireball costs energy.

When Iggy’s Ability 2 hits an enemy hero while in Ember state, the enemy’s location will be exposed for a period of time. During this period, Iggy will gain energy if he damages the target with other abilities.

While in Ember state, Iggy’s ability evolves to lock onto the enemy and explodes for 6 seconds. Upon hitting the enemy, it deals magic damage and knocks them back. Subsequently, it explodes again, dealing magic damage to the area.

After charging, Iggy unleashes Ember’s Gaze, dealing magic damage to all enemies in the target area. 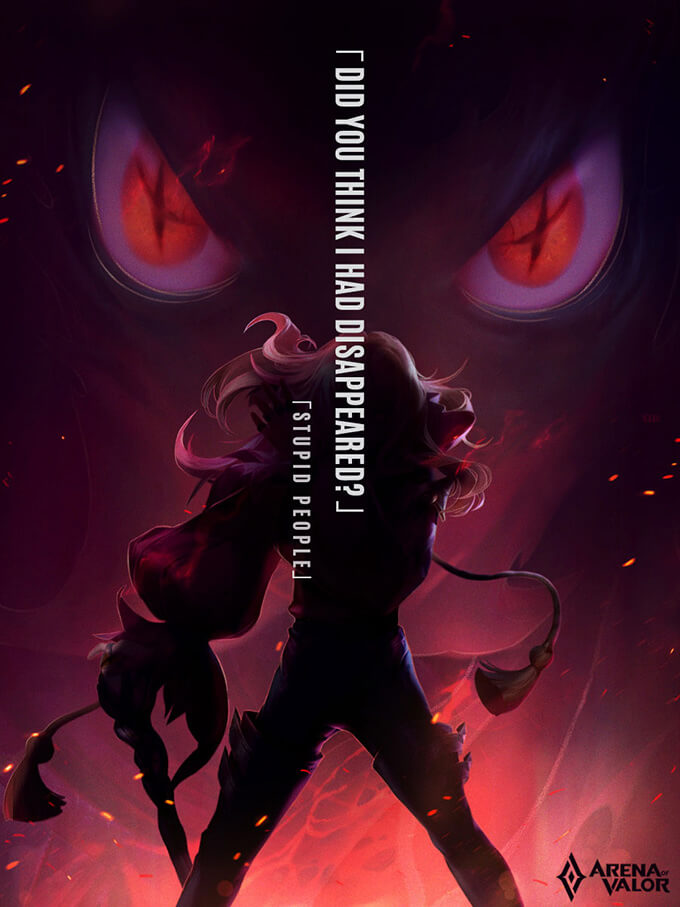 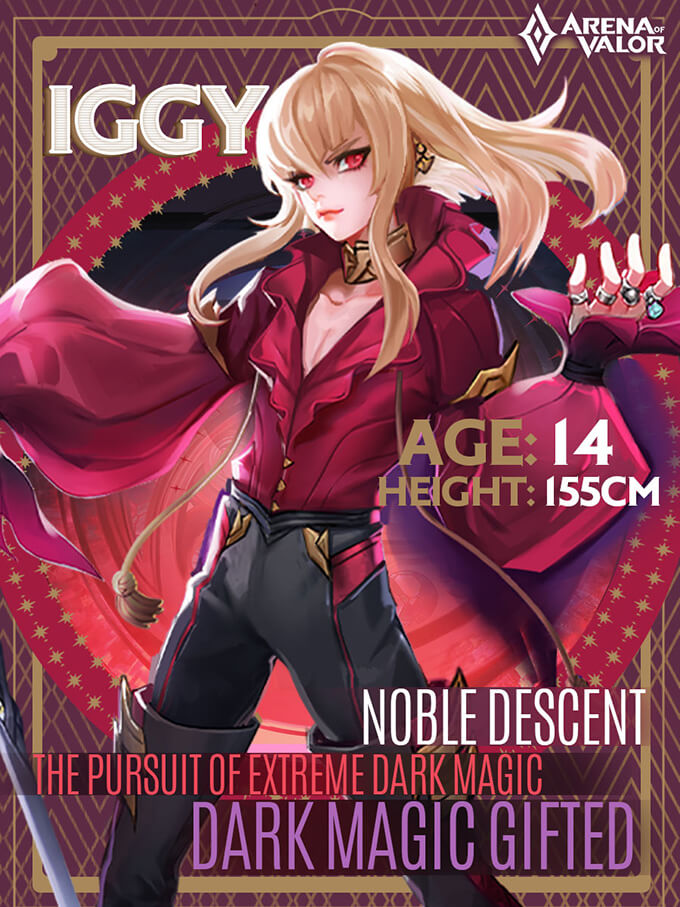 Young Iggy was born in the kingdom of Norman. Hailing from a long line of Black Magic practitioners, both his parents were dark mages.

Iggy, who had inherited his family bloodline, displayed an extraordinary gift for Black Magic from a young age. Mysterious dark fire was like building blocks in Iggy’s eyes; thoroughly fun and challenging.

However, all this came to an abrupt end in Iggy’s sixth year.

After witnessing a never-ending stream of darkness and death, Iggy’s parents chose to turn their backs on Black Magic and took Iggy away from the family.

At that time, Black Magic had already been banned by Veda, and people everywhere hated and feared it. Iggy’s parents openly revealed themselves to be former dark mages, but they naively overlooked the possibility that they would not be accepted by society. As a result, they were ostracized and forced to live out their life as wanderers.

Iggy’s privileged life was gone in an instant. He no longer had obedient slaves or access to what he considered a good life. To make matters worse, he was no longer praised for his talent.

He didn’t understand the entanglements between dark mages and human society. He only knew that all this misfortune had been caused by his foolish parents.

One night during a thunderstorm, Iggy’s parents chose to seal his abilities forever.

As the ancient circle whirred, young Iggy’s desperate wails were ignored by his indifferent parents.

“This is the devil’s curse, my child. It must be destroyed.”

When the early morning mist covered the earth again, the flame of genius was quietly extinguished, leaving the world with another ordinary boy named Iggy.

Foolish and mediocre human beings fear great minds and anything else out of the norm, so they try their best to make everyone equally foolish.

They all deserved death.

So, Iggy killed his parents. They were entirely unprepared to defend themselves against a child as pure and innocent as a sheep who slashed and hacked with a sharp blade until all that was left were bodies and blood.

This is the story of the “Casanova Massacre” that shocked the whole of Norman. Young Iggy was wanted throughout Norman and was arrested in Carano the following spring.

He had brutally murdered a Magic Academy apprentice and used a stolen pass to enter Carano’s library in his search for a way to remove the seal on him, but he didn’t know that he was being watched.

On the day of his arrest, Iggy was surrounded by onlookers. The disgust and fear reflected on people’s faces was something he was used to seeing.

Iggy blinked and smiled sweetly: “You’ve got nothing better to do? I’ll dig out your eyes if you stare any longer.”

Suddenly, Iggy heard a familiar voice from the past.

“You carry within you a flame… A flame that’s shunned and forbidden. Are you willing to let it die?”

Iggy threw his head back and laughed.

When Iggy came to his senses, there was only the black-robed man and himself standing alone on the empty street.

This is the scene of Iggy’s first encounter with Lorion.

Lorion broke the seal inside Iggy with ease. He then took Iggy, leaving the sheriff and everyone else to rot on the streets.

After that, Iggy officially became Lorion’s disciple. After following Lorion for several years, Lorion offered some of his power to the young dark mage.

“Take this power of mine, and it will be your third eye.”

Iggy finally gained the power he had always dreamt of. It all started that afternoon when he was surrounded and humiliated by those who despised him. Faced with Lorion’s question, his response was:

“I will burn myself until I turn to ashes.”

As a Dark Magician, Tencent Games used a deep purple satin fabric on Iggy’s costume. His special effects are also in a deep purple tone, as mysterious as himself. 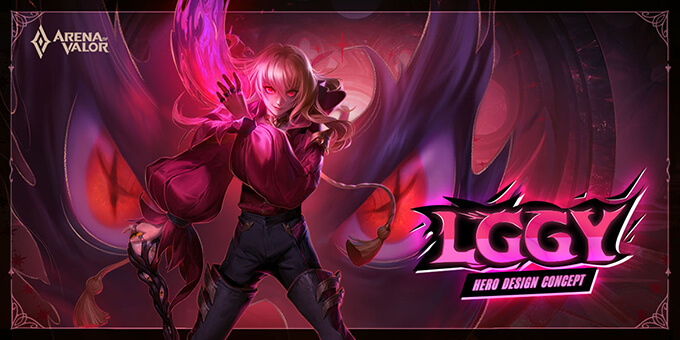 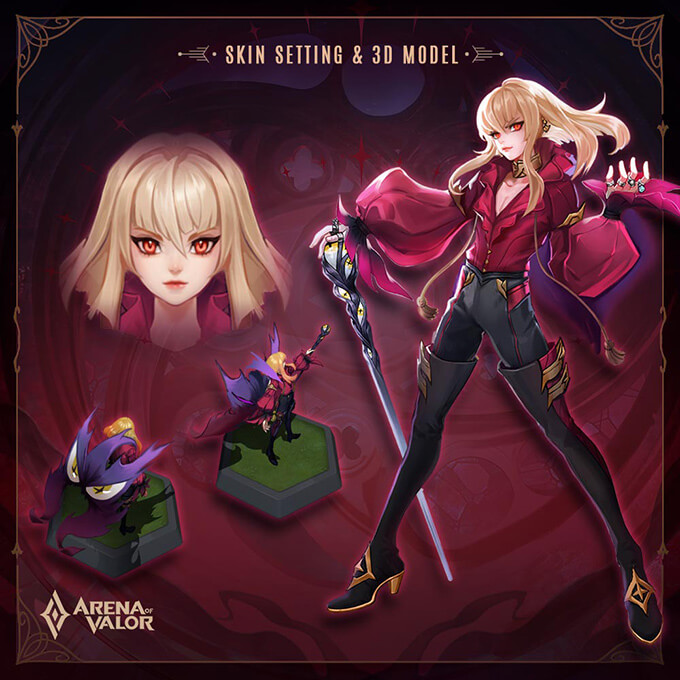 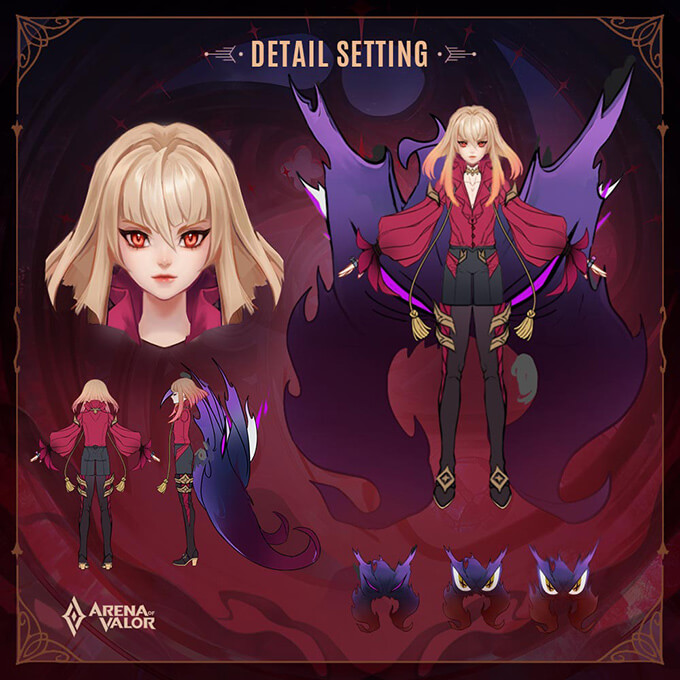 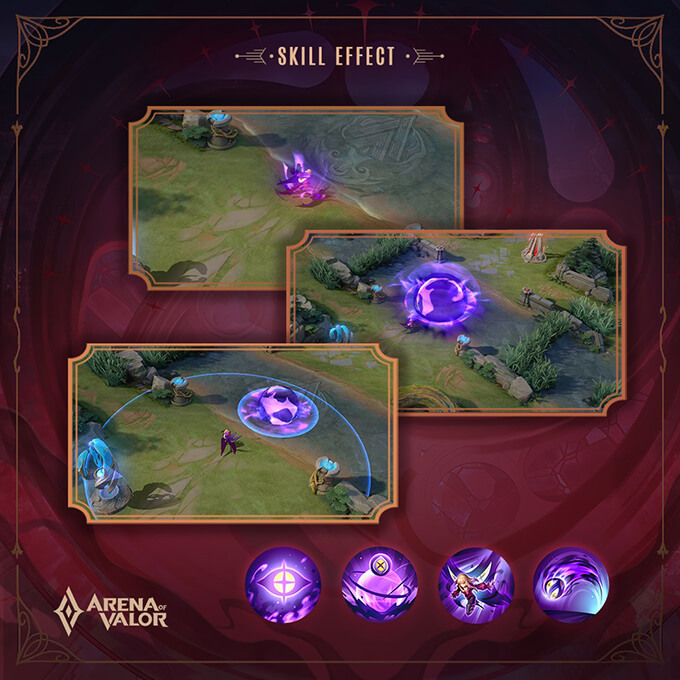