NetEase Games has announced new shikigami Maestro (Mage) will show up in Onmyoji Arena Battle Royale after the update on May 18th, 2018. With his precious koto, the musician of Heian-Kyo is preparing to wreak havoc on the battlefield. 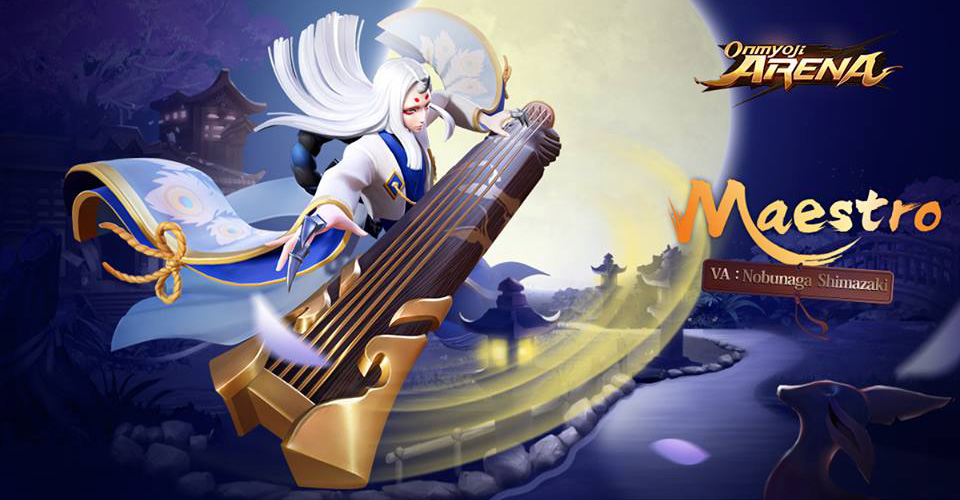 When Maestro uses shikigami abilities or basic attacks against isolated shikigami or monsters, the damage dealt will be increased.

Maestro plays three notes in the designated direction that explode in succession, dealing damage to enemies they hit. If the same enemy is hit by multiple notes, the damage by the subsequent music notes is reduced.

Maestro releases a sound wave in the designated direction, knocking back enemies it hits and dealing damage.

Maestro rushes towards the designated location while leaving behind a lingering sound. If the ability is used again within 4 seconds, Maestro will return to the position of the lingering sound.

Maestro casts a zither over the designated enemy shikigami, continuously exposing their vision for few seconds. During this period, Maestro charges the zither when he attacks this target.

After being charged 4 times or at the end of its duration, the zither will deal damage to the target. Each charge increases the damage by 25%, up to a maximum of 200% damage.