Of these shikigami, Mannendake, Kyonshi Ani and Yamakaze have a difficulty of Extreme. Onmyoji who have been in Heian-kyo for less than 7 days can’t use them for free in battle. 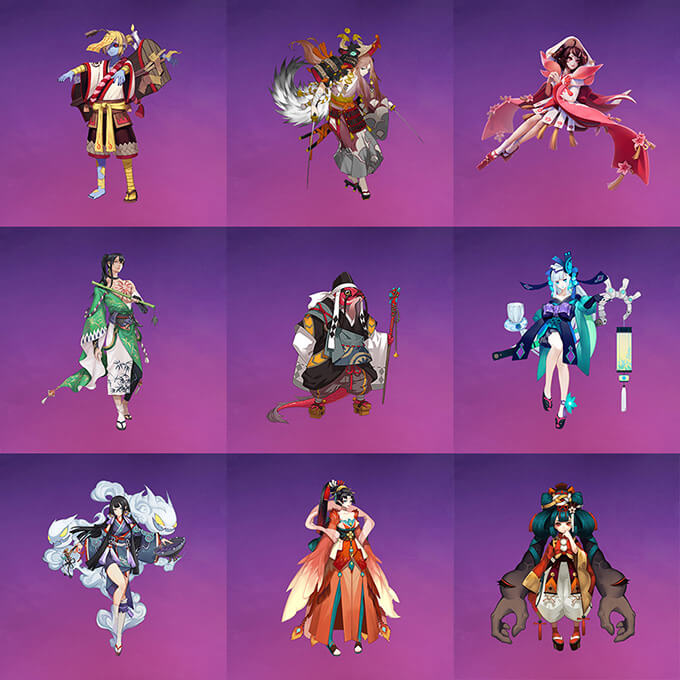 Season 5 will start after the maintenance on April 26th. Please check the detailed info below:

2. Players whose highest tier in Season 5 reached Gold or above will get the avatar frame for the corresponding tier. But the Onmyoji frame will only be granted to players who are still in Onmyoji tier at the end of Season 5.

4. After Season 5 Starts, the match data of Season 4 will be added to the Season Momento.

5. After Season 5 Starts, all players’ shikigami Power will be reset a certain amount based on their Power in Season 1 and Season 4.

The fate of Arakawa will be influenced by me.

As the boss of Arakawa, Lord Arakawa can keep creating water balls in the battlefield and control the water balls with demon force to deal damage to enemies. Besides, he can also summon a fish strike from the water to deal damage and control enemies. Through his Ultimate Ability: Flowing Stream, Lord Arakawa can flow through the battlefield with ease to find a dominant position. 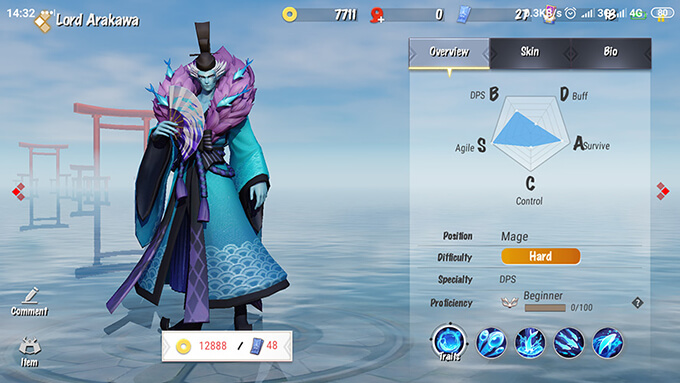 Passive trigger: Every time after Lord Arakawa uses an ability, the range of his next basic attack will be increased and he will deal extra magic damage and form a water ball behind the target. If the basic attack hits an enemy shikigami, his Surge Power will be restored.

Lord Arakawa releases 3 water balls in the specified direction, dealing magic damage to enemies in their path, any water balls touched will be pushed to the endpoint.

Lord Arakawa recovers all water balls. Water balls will deal magic damage to enemies in their path. Each water ball will restore HP for him. If waters ball hits enemy shikigami, HP restored will be increased.

Lord Arakawa charges toward the specified position, dealing magic damage to enemies along the way while forming a water ball at both the start and end points.

Each Charge will use Surge Power. Surge Power will be gradually restored if he doesn’t use this ability within a certain period of time.

Lord Arakawa will first be available during this week’s Shikigami Brawl.

S5 Battle Pass drops! We have raised the level limit up to Lv 80 and added more quest types, more ways to get EXP and also more rewards!

If you spend 1280 jade, besides unlocking the Battle Pass content, you will level up the Battle Pass by 20 levels directly and get S5 Battle Pass exclusive avatar frame and instantly claim Shiro Mujou’s epic skin.

Event Period: April 26th after maintenance to May 2nd

Tamamonomae’s legendary skin, Demonic·Kyuubi will be available. Enjoy a 12% discount during the event. Don’t miss out!

Event Period: April 26th after maintenance to May 2nd

Complete event quests during the event to get coupons. Join us for fun and rewards!

Event Period: April 26th after maintenance to May 9th

During the event, if your recharge meets the requirements, you can get rewards including Skin Tokens, Mystery Voucher, Evolution Amulet and rare avatar frame.

Each shikigami can buy 1 item with a Fortune special effect.

Item special effect [Fine Jade]: Armor and Magic Resist of nearby ally shikigami will increase by 30 (+1.5*level), and HP Regen +100%

New item, Talisman has been added. You can tap to use it in your Inventory to exchange for Evolution Amulets.

We have added different interactive actions for idle monsters in the jungle.

You can now share data of the Talent Quest Memento.

Onmyoji of Challenger tier will receive a mail before their win points will be decreased for not meeting the Activity requirement.

1. Optimized the cast rules of the Ultimate Ability of Tamamonomae and Mannendake.

3. Optimized the font effect for the Rivalry theme style.

5. Optimized the display effect in the Spectate interface.

7. Optimized some rules of Ranked Match. Elite or higher tiers no need to distinguish between shroud and Non-shroud maps.

8. Optimized the matching speed for tiers of Elite or higher.