We will change the lineup of the limited-time free shikigami at 5:00 AM on January 11th, 2021. The new free shikigami will be Tesso, Hiyoribou, Vampira, Inugami, Kiyohime, Kingyo, Puppeteer, and Dodomeki.

Onmyoji who own the God of Fortune Month Pact will have the additional free shikigami, Bakekujira and Takiyasha Hime.

Of these shikigami, Puppeteer and Dodomeki have a difficulty of Extreme. Onmyoji who have been in Heian-kyo for less than 7 days can’t use them in battle.

We have added some restrictive capability to Youko, in hope that he will perform better when chasing down enemies.

We have adjusted the mechanics of Susabi’s Trait, Ability 1, and Ultimate Ability with hope that this will suitable increase his error tolerance.

Now, each stack of celestial energy will grant Susabi a certain amount of Armor and Magic Resist, and he will not be granted a shield at maximum stacks.

The first two star beams will hit faster, and the damage ratio of the third star beam has been increased.

New: Susabi gains a shield when he uses his ultimate ability. The amount of damage that the shield can absorb increases with the stacks of Celestial Body he has at the time of casting the ability.

We have adjusted the mechanics of Kusa’s abilities to make her healing effect more stable, and to increase her survival and damage capabilities.

Now, when the target deals damage to enemy shikigami, it will also trigger the healing and transfer effects. Also, the number of transfers has been increased, but the total healing of the ability remains unchanged.

The cooldown has been decreased and when Absorb hits an enemy shikigami, Kusa will gain the Demon Force effect. Demon Force grants Kusa with bonus Armor and Magic Resist and increased ability damage.

Removed: The healing effect now does not decrease the cooldown of Absorb and hitting the same target within a short period of time will no longer grant bonus ability damage.

Youko’s OPL exclusive skin, Flare Star: Shining Plates is available for a limited time with a first week discount of 12% from January 8th to January 21st, 2021. Don’t miss out!

Log in to the game during the event to claim 3 Decoy Fire. Decoy Fires can prevent one soul fire from being extinguished when onmyoji of Challenger tier or below take part in Ranked Match in a team. 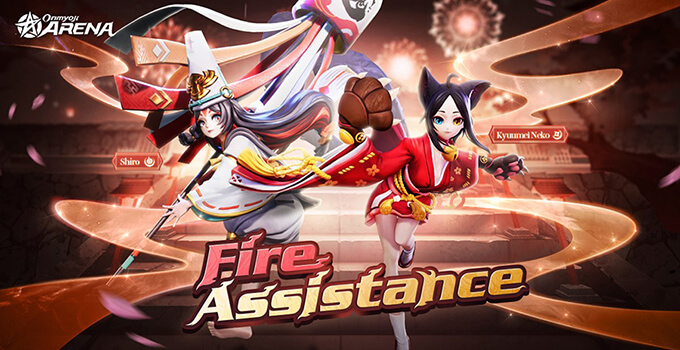 During the event, when you join Ranked Matches during the period of 6:00 PM to 11:00 PM, you can earn double bonuses for the first 3 battles including coin bonus, bond bonus, and shikigami proficiency bonus. Further details can be checked via the schedule list.