Onmyoji Arena will change the lineup of the limited-time free shikigami at 5:00 AM on July 6th, 2020. The new free shikigami will be Chin, Momo, Vampira, Ryomen, Inugami, Menreiki, Lord Arakawa, Shiro, Suzuka Gozen, and Ootengu.

Of these shikigami, Lord Arakawa and Shiro have a difficulty of Extreme. Onmyoji who have been in Heian-kyo for less than 7 days can’t use them in battle.

We have discovered that in matches, Yuki will often use Ability 1: Snow Weaver or Ability 2: Icebreak’s second stage in order to freeze enemies. We believe that Yuki’s original chain order will make controls tedious. Additionally, Ability 2: Icebreak’s first stage appears to be a bit uninteresting, making it an ability that players force themselves to use in order to use the second stage, and Ability 1: Snow Weaver serves as a passive ability taking up a controllable ability’s slot. This also reduces Yuki players’ freedom of control.

Because of this, we have redesigned Yuki’s abilities. The original Ability 1: Snow Weaver has been turned into a trait, and the effects of the original Ability 2: Icebreak’s two stages have been split into Ability 1 and 2. At the same time, we have made the original trait Snow Chaser a part of Ability 1. Following the restructuring, Yuki can use Ability 1 and 2 to chain. We hope that these changes will enhance Yuki’s maneuverability and make him more flexible in a variety of combat environments.

Yuki will mark the frozen enemy shikigami around himself for a period of time. When Yuki uses basic attacks on the frozen shikigami, he will jump towards the target and deal magic damage to the target.

Yuki deals physical damage and freezes enemies within a fan-shaped area in front of him.

Following the adjustment, the trait No Mistakes will not be able to inflict Falsehood on monsters other than Orochi and Kraken in order to limit Dai Shimei’s jungling efficiency in killing both monsters at the same time.

Dai Shimei will not be able to inflict Falsehood on monsters other than Orochi and Kraken.

Adjusted damage level bonus from 10 to 14.

Removed: Striking enemies with Falsehood will deduct their Shield and slow them.

New: Enemies and minions hit by this ability will be slowed; hitting enemies with Falsehood will grant Dai Shimei a shield.

Removed: Falsehood must be triggered 2 times in order to cast this ability.

New: Shield will be deducted from targets in range while casting, and they will be slowed for a short period of time.

We have suitably weakened Yasha’s DPS capability in order to control his strength.

Currently, Kanko’s build is mainly focused on enhancing ability damage. His overall strength in the early game is more powerful than that of traditional Marksman builds, which are focused on physical damage, but this build is relatively weak in the mid and late game, causing Kanko to be weaker than other Marksman-type shikigami in the late game. We have added a Crit bonus to Kanko’s ultimate ability and made suitable adjustments to the damage of his other abilities.

Lord Arakawa has relatively high healing in the mid and late game, often resulting in other shikigami not being able to effectively deal damage to Lord Arakawa in one-on-one combat. We have suitably reduced the damage and healing capability of his Ability 3.

Fixed an issue in which the water balls would deal damage to the target twice under some circumstances.

The Daruma Blessing event’s prize pool has been expanded to include non-time-limited skins released before 1/3/2020. We have also refreshed and reset the total number of item redemptions and total draw attempts.

Kumamon Crossover Events is available for a limited time!

The annual fireworks festival is here! This summer, we’ll be traveling through Kumamoto’s five regions to visit 20 landmarks and experience Kumamoto’s charms with Heian-kyo’s new friend, Kumamon! Sakurako has planned to take commemorative photos for everyone when we arrive at each landmark, and she also carefully made a Travel Journal, where you can claim heartfelt souvenirs from Kumamon just from increasing Kumamon’s Friendliness. You can receive the Kumamon Expression Collection, the Kumamoto – Fireworks Festival Avatar Frame, Sakurako: Kuma-Sakurako, Auspicious Daruma, and other permanent items as rewards! You may also spend 300 Jade to unlock the trip’s Exclusive Souvenirs and obtain Return Cursed Seal: Kumamon, Pet: Kumamon Paper Doll, Kumamon Expression, Pet: Kuma-Sakurako, Lobby Visitor: Kumamon, and more! 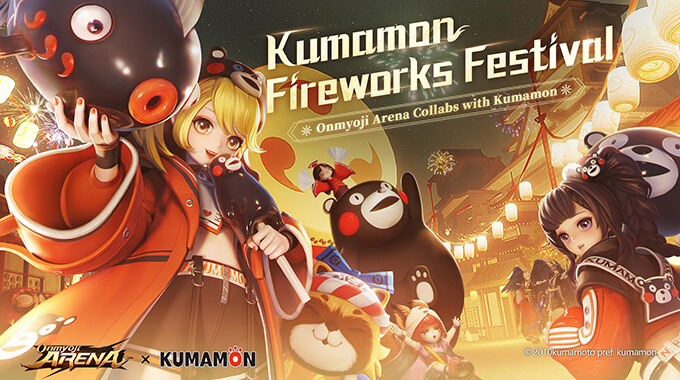 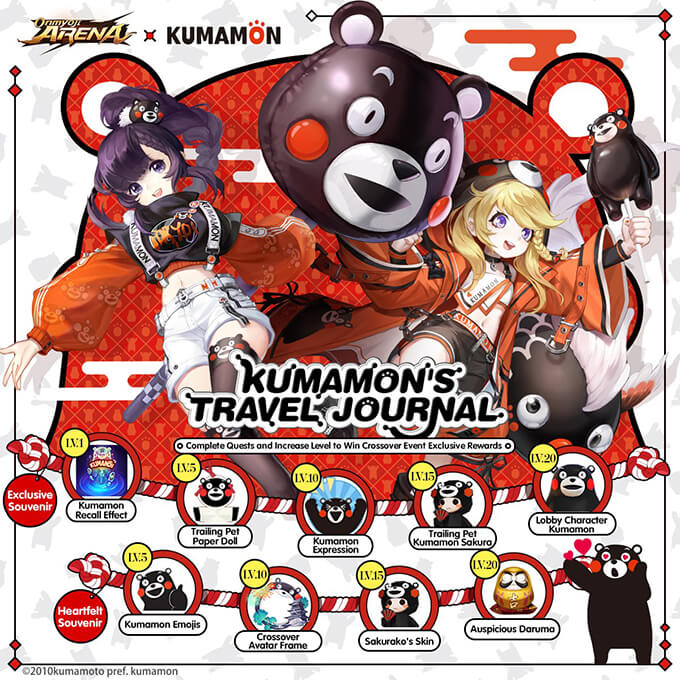 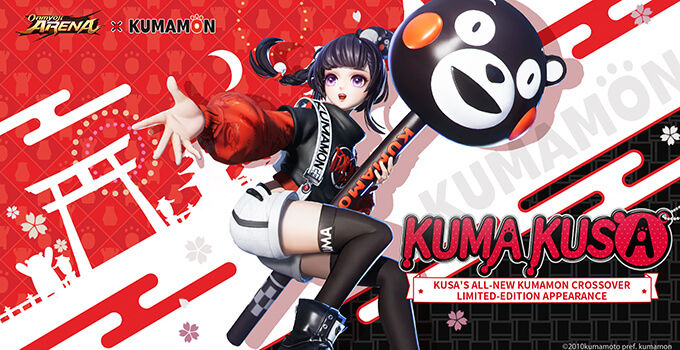 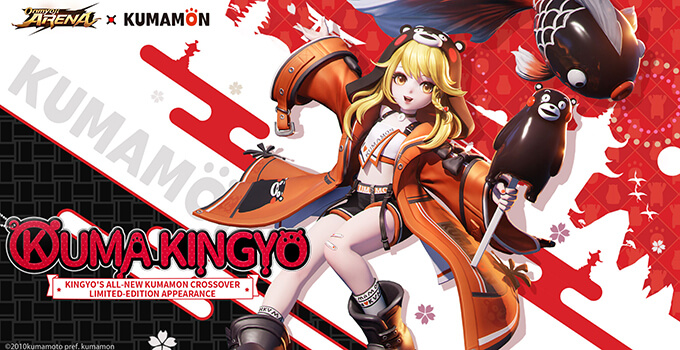 Event Period: July 3rd after maintenance to July 9th, 2020 Log in to the game during the event to claim 3 Decoy Fires. Decoy Fires can prevent one soul fire from being extinguished when onmyoji of Challenger tier or below take part in Ranked Match in a team. 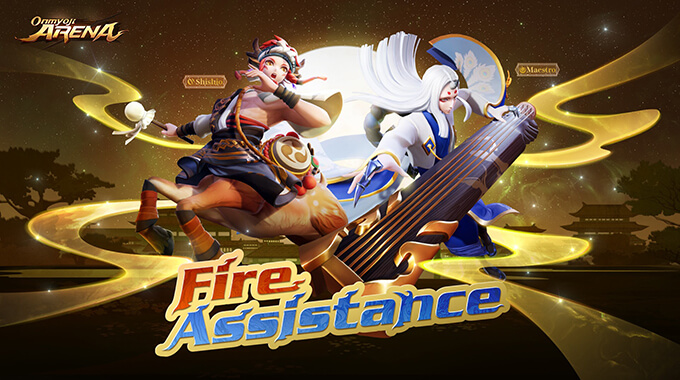 During the event, when you join Ranked Matches during the period of 6:00 PM to 11:00 PM, you can earn double bonuses for the first 3 battles including coin bonus, bond bonus, and shikigami proficiency bonus.

Bonuses differ daily. Further details can be checked via the schedule list.

Event Period: July 3rd after maintenance to July 17th, 2020 During the event, if your recharge meets the requirements, you can get rewards including Skin Tokens, Skin Reduction Coupons, Evolution Amulets and a rare avatar frame!

Miketsu’s Steam Age skin, Steam: Lightchaser will make its return to the Skin Shop for a limited time! It will be available from July 3rd to July 16th, 2020. Don’t miss out!

The Lobby and Shikigami screens have been changed to summer themes.

We have optimized relevant preview effects in Prepare – Customize so that they will display in the map. You will now be able to view these effects’ actual appearance in matches and better customize according to your own preferences.