We will change the lineup of the limited-time free shikigami at 5:00 AM on July 13. The new free shikigami will be Jikikaeru, Hiyoribou, Hououga, Tanuki, Yumekui, Shiro Mujou, Satori, and Kamaitachi.

Onmyoji who own the God of Fortune Month Pact will have the additional free shikigami, Hakuzosu and Ichimokuren.

At the same time, during the Sen Awakening event period (July 10 to July 24), additional limited-time free shikigami will be available to use. The free shikigami are Yumekui, Shishio, Maestro, Dodomeki, and Hiyoribou. Onmyoji can first try out the corresponding shikigami before selecting them as the pact reward.

Of these shikigami, Satori, Kamaitachi, Maestro, and Dodomeki have a difficulty of Extreme. Onmyoji who have been in Heian-kyo for less than 7 days can’t use them in battle.

Season 10 will start after the maintenance on July 10. Please check the detailed info below:

Players whose highest tier in Season 9 reached Gold or above will get the avatar frame for the corresponding tier. But the Onmyoji frame will only be granted to players who are still in Onmyoji tier at the end of Season 9.

After Season 10 starts, players who participated in at least 60 5v5 matches and had an average punishment (punished matches / total matches) of less than 0.025/match in Season 9 will be granted a Season 9 exclusive skin for Kanko, Art of War: Black Flaming Past. During Season 10, players who meet the requirements of claiming a rank skin can claim the Season 10 exclusive rank skin for Maestro, Song of Orchids. When Season 11 starts, players who meet the requirements will be able to claim the Season 10 exclusive skin for Shishio, Haze General.

After Season 10 Starts, the match data of Season 10 will be added to the Season Momento. 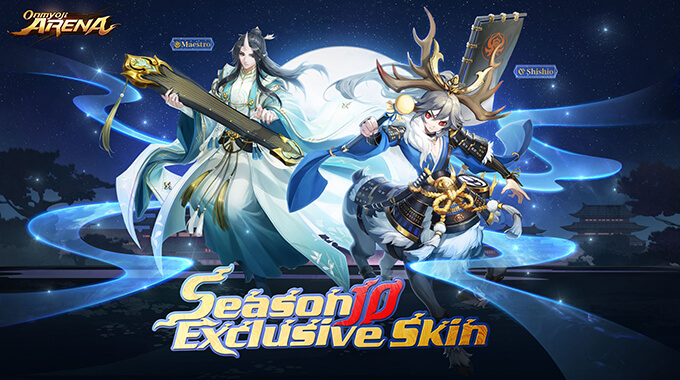 “You can fly anywhere you want to, right?”

She used to be the world-renowned songstress, Ri, from the Isle of Sorrow. On the night she was breathing her last, she merged together with the legend. She became Shiranui—the spirit. Shiranui will release blazeflies to the designated position, and can alternate between using her abilities and the blazeflies to produce additional buffs. Shiranui can use the blazeflies to freely travel through the battlefield.

Passive Effect: When Shiranui takes fatal damage, she will transform into a butterfly that cannot be selected and gradually recover HP for a short period of time. Once this effect ends, Shiranui will enter Departure from Pain state for a certain period, during which she gains an additional Spell Vampire effect.

This passive effect has a cooldown.

Shiranui throws a dance fan in the designated direction, which opens and leaves a blazefly when it either hits an enemy or reaches its final destination while also continuing to slowly move forward a certain distance, dealing magic damage to enemies hit and inflicting enemies in range with a Slow effect.

Blazeflies in the dance fan’s flight path will increase their maximum flight distance.

Shiranui dances to the music, dealing magic damage to enemies in range and inflicting a Slow effect. At the same time, she guides the blazeflies in range to dance with her.

Blazeflies will deal magic damage to enemies in range and inflict a strong Slow effect. Damage from multiple blazeflies against the same target will be reduced.

Whenever there is a blazefly on the field, Shiranui can transform into a butterfly, making her Control-immune as she flies to the newest blazefly within a certain range of herself. When she lands, she will deal magic damage to enemies in range, and the blazefly will disappear after a short delay. This ability can only be used on each individual blazefly one time.

Active Effect: Shiranui unleashes a blazefly at the designated position. Shiranui gets one blazefly every certain period of time, up to a maximum of two blazeflies.

If she helps seal an enemy shikigami, she will immediately gain a blazefly. This ability can be used during the casting process of other abilities.

Shiranui will first be available during this week’s Shikigami Brawl.

We hope that Kiyohime can switch targets more flexibly during teamfights in the late game, so we have added a mechanic with the option to actively cancel the chain in which a portion of the cooldown time will be returned. We have also suitably reduced the damage dealt by Kiyohime in the early game and enhanced her damage to minion waves in the late game, to balance her performance throughout the battle.

New: Kiyohime can manually tap to cancel the chain.

New: When the chain breaks, cooldown time will be returned according to the time remaining for the chain, up to a maximum of 80%.

Adjusted breaking distance of chain from 1,100 yards to 950 yards and added an indicator for the breaking range.

Deals an additional 6-60% damage to minions (increases based on Kiyohime’s level).

The flames of battle are reignited with the new season, and with them comes Sen Awakening! During the event, complete a battle each day to ignite your Sen once. After igniting it 9 times, you will obtain a Bound Shikigami.

You can complete quests in the Battle Pass to get EXP for upgrading Battle Pass and claim the S9 Battle Pass Avatar Frame and Broadcast Theme, among other corresponding rewards!

Also, The Gen. Froggy Secret Box is now available in this season’s Battle Pass Shop. Open it to obtain Jikikaeru’s skin, Gen. Froggy. The requirements must be met in order to use it. The skin obtained from this item will not have the season mark.

The Previous Season Level Supplementary Purchase feature has been added to the Battle Pass this season. Onmyoji who did not reach Battle Pass Level 100 in the previous season can use Jade to purchase levels for the previous season’s Battle Pass within 20 days from the start of the new season to obtain the rare rewards that they could not obtain due to not meeting level requirements. 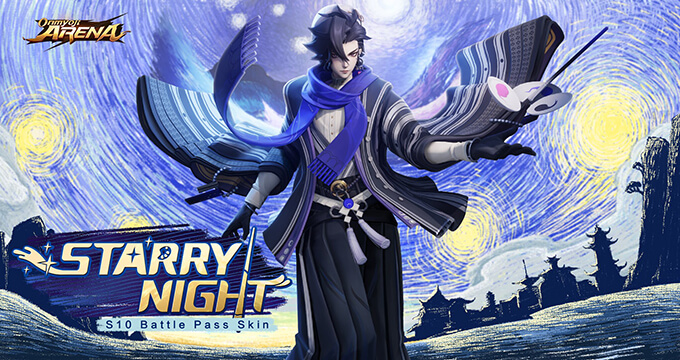 To solve the issue of the long preparation time before the start of matches in this mode, we have canceled the taking of turns to select abilities. Players will now randomly select five shikigami to make up their ability pool and select their abilities from there.

Optimized the display logic of in-game prompts for damage taken and healing:

Added prompts for damage taken over time. This will be displayed as the total value of damage over time for a certain period so players will be able to obtain the value of the damage clearly.

Added prompts to display the value of healing to allies.

Optimized the display of the Immune state and other abnormal states:

Optimized the UI performance of the Immune state and other abnormal states above the HP bar.

Added dynamic display for Control-immune while in the Immune state.

Charging abilities will be fully charged when first learned.

Added more text to the Death Analysis Tips, and optimized the display effects and the location of the settings for the feature.

Fixed an issue where Oitsuki would be slowed when she is untargetable.

Fixed an issue where there would be a loss of batting effects when using Satori’s long-delay Ultimate Ability: Home Run while wearing the Shuriken Bat, Rising Star, and Red Star: Awakening Strike skins.

Added the moving camera feature for ranged abilities when using the wheel to aim. The first batch of shikigami to use this feature includes Hakuzosu, Puppeteer, Hangan, Kingyo, and Menreiki.