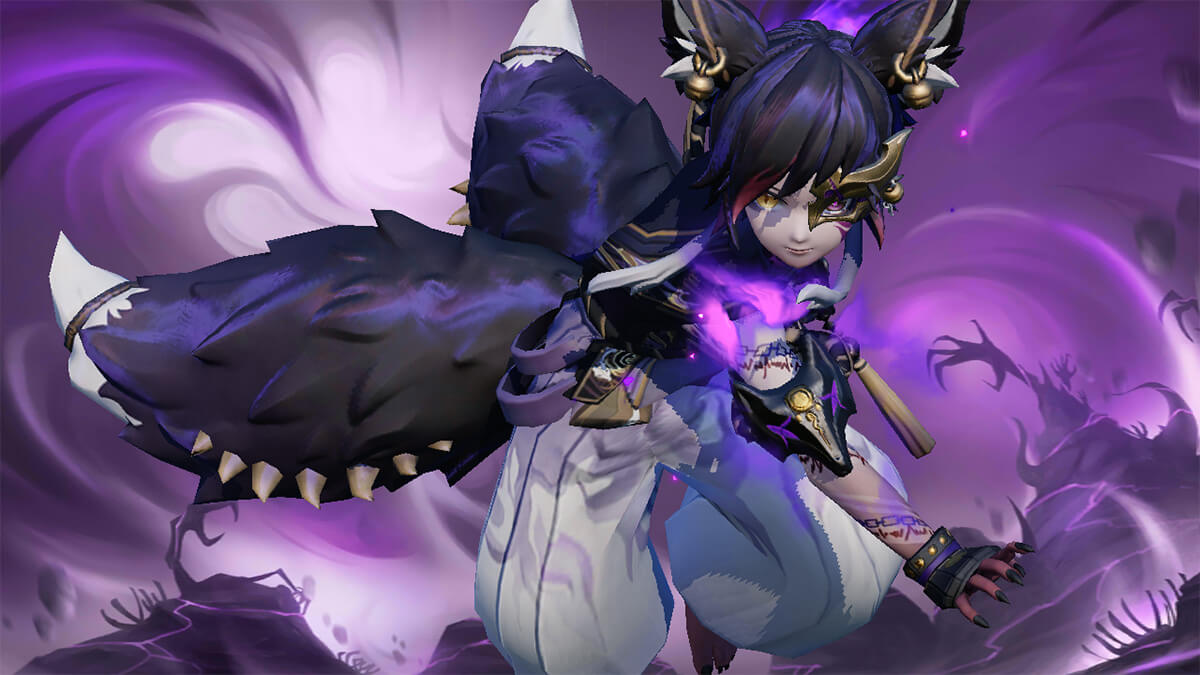 Onmyoji Arena will change the lineup of the limited-time free shikigami at 5:00 AM on June 8th, 2020. The new free shikigami will be Tesso, Futakuchi, Kuro, Shuten Doji, Yamawaro, Kiyohime, Enma, and Kisei.

Of these shikigami, Enma and Kisei have a difficulty of Extreme. Onmyoji who have been in Heian-kyo for less than 7 days can’t use them in battle for free.

Even if Kusa’s control abilities hit, it is difficult to protect ally shikigami. We will add a damage reduction state to shikigami hit by Kusa’s Ability 3, to increase her protective capability.

Currently, Chin is relatively weak when laning. We will adjust her Ability 3 to now use piercing projectiles, to increase her laning capability.

Reduced the damage limit to monsters to 75%.

We have suitably adjusted Jikikaeru’s Base Stats and bonus Attack Damage from his ultimate ability to control his strength.

The percentage Magic Penetration of Kingyo’s Ability 1 seems to have little presence. We have redesigned this ability, and changed it to Kingyo’s abilities reducing cooldown on hit. We hope that this will allow Kingyo to cast other abilities frequently when her ultimate ability’s Mr. Goldfish exists.

At the same time, we have adjusted her Trait – Drift by adding an active effect, so that Kingyo can also receive a temporary Haste effect even when not in the river.

Passive effect: When Kingyo’s abilities hit enemy shikigami, the cooldown of her basic abilities will be reduced by 0.6 seconds.

Passive trigger: When Kingyo is in the river, she will receive a Haste effect if she does not attack, use abilities or receive damage for 2 consecutive seconds.

Adjusted maximum length of each grid from 200 yards to 160 yards.

As the current immobilization state does not affect displacement abilities, there is not much difference between it and significant Slow effects. We will add a mechanic where displacement is suspended when immobilized, so that it is closer to what is expected from immobilization.

We will continue monitoring the changes in performance for shikigami who have immobilization abilities.

Immobilize: Immobilized shikigami will be unable to use Flash or displacement abilities.