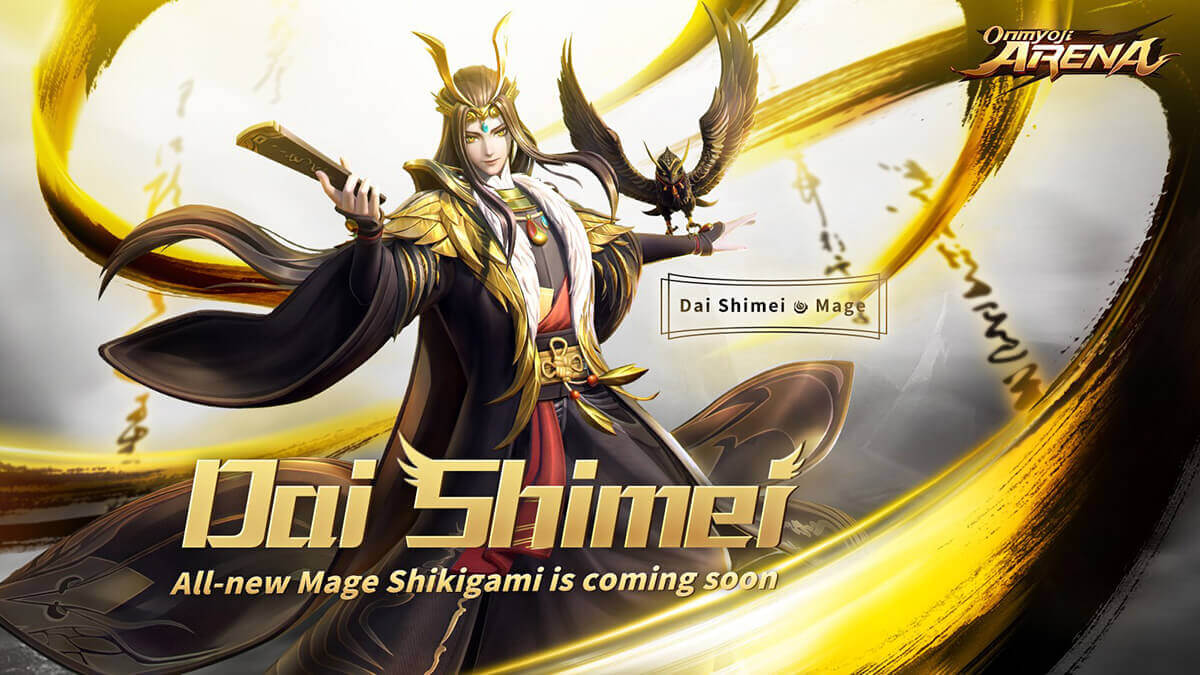 Onmyoji Arena will change the lineup of the limited-time free shikigami on June 15th, 2020. The new free shikigami will be Kubinashi, Kaguya, Aobozu, Onikiri, Higanbana, Enenra, Mouba, and Hone Onna.

Of these shikigami, Mouba and Hone Onna have a difficulty of Extreme. Onmyoji who have been in Heian-kyo for less than 7 days can’t use them in battle.

Tesso frequently attacks the Kraken or Orochi when his ultimate ability is activated, which leads to unexpected happenings in battle. We have changed this so that his ultimate ability only takes effect against monsters that are already engaged in combat. We have also added common monsters to the attack target range of this ability.

“Numerous are the people of the world. I am the one who decides who lives a long life and who dies young.”

Dai Shimei is a spirit with a mysterious past originating from Phantoms in the City of Tang. He was once regarded as the god of life and death by humans.

Dai Shimei strikes with his sword at the designated area, dealing magic damage to enemies in range. If this ability hits an enemy who has exposed Falsehood, he will follow up with another sword strike, dealing additional magic damage.

This ability’s cooldown will be refreshed each time Falsehood is detonated.

Dai Shimei casts a series of compacted wind in the designated direction. The compacted wind will explode when it hits an enemy shikigami or reaches its destination, dealing magic damage to enemies in range and slowing them. Casting this ability again during this time can prematurely detonate the compacted wind.

If this ability hits an enemy who has exposed Falsehood, it will stun them.

If this ability hits an enemy who has exposed Falsehood, this target’s Shield will be deducted within a certain period of time, and they will be slowed.

Each time Dai Shimei detonates Falsehood, he will accumulate a Law of Heaven stack. Once he reaches 2 stacks, he will unlock his ultimate ability, Forbidden Tome – Death Sentence.

Dai Shimei consumes 2 stacks of Law of Heaven to form a magic circle of falling swords in the designated area that lasts for 1.8 seconds, damaging enemies in the magic circle 14 times for magic damage each time. This damage will be shared by all enemies in range. This ability cannot detonate Falsehood.

This week sees Dai Shimei make his official debut on the Heian-kyo battlefield.

The Onmyoji Arena x Phantoms in the City of Tang crossover begins! Complete quests during the event to obtain Strange Stories Shards. Unlock Strange Stories to obtain an avatar frame, return effect, and other rewards!

Dai Shimei’s epic skin, World-Breaking Valor is now available! Get 12% off during the first week from June 12th to June 18th, 2020. Don’t miss out!