Of these shikigami, Kyonshi Ani, Ichimokuren and Inugami have a difficulty of Extreme. Onmyoji who have been in Heian-kyo for less than 7 days can’t use them for free in battle. 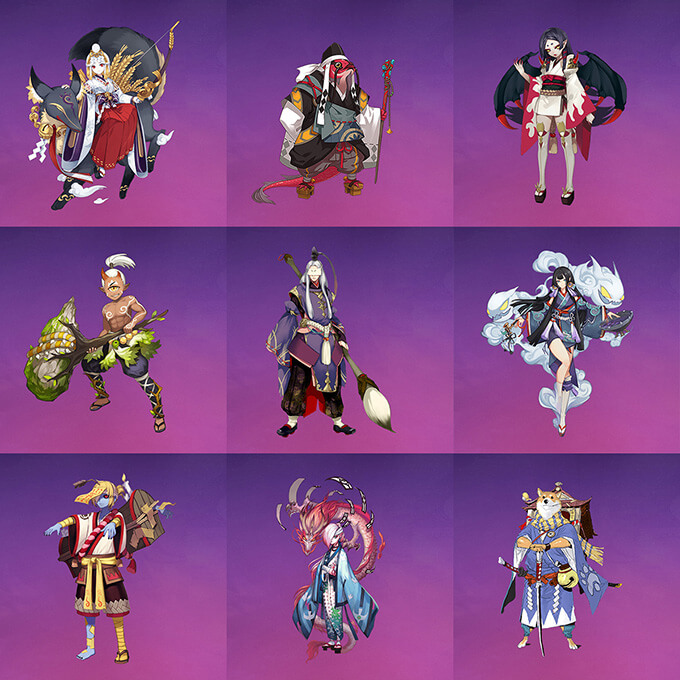 Ability prompt special effect will only be visible to Maestro.

Adjusted the haste duration from 2 seconds to 1.5 seconds when actively using.

Adjusted the weakness refresh system from refreshing randomly to refreshing in a counter-clockwise direction.

Newly added: Every 60 extra Attack will increase damage dealt equal to 1% of the target’s lost HP.

The rules of judging the jungle range will be stricter.

Adjusted ability cooldown from 0.3 seconds to 0.3 – 0 seconds when refreshing. (The longer the dashing distance is, the shorter the cooldown will be.)

Ultimate Ability: King of the Forest

Newly added: Ability 3: Slash will be refreshed when using King of the Forest.

Momo is a support shikigami with healing and reviving powers. Besides helping her teammates who excel at attacking, her peach blossoms can deal damage to enemies and restrict them. Her Ultimate Ability can summon a peach tree to guard her teammates and even revive fallen teammates.

Passive effect: Momo will use 1 peach blossom when using an ability, restoring HP to herself and a surrounding ally with the lowest HP. Momo gains 1 peach blossom at certain time intervals.

Momo summons a peach blossom in the specified area to send peach petals to attack enemies within range, each petal deals certain magic damage and inflicts a Slow effect to targets.

Momo releases a peach blossom in the specified direction. If it hits an enemy shikigami, the enemy will enter [Blossom Illusion] state for a certain period of time, during which the target will form an emotional connection with the closest shikigami of the same faction. Under the emotional connection, if either of them receives damage, the connected shikigami will receive a certain ratio of the damage.

Momo creates a realm in a specified location and forms up to 3 blossom seals. While the realm is active, if an ally shikigami in the realm is KO’d, 1 seal will be used to revive the ally instantly and restores a certain amount of their HP.

Momo will first be available during this week’s Shikigami Brawl.

Randomly throws a weapon to target after every 2 basic attacks and increases attack speed.

Kusa’s rare skin, Treasure-bringer will be available. Enjoy a 12% discount during the event. Don’t miss out!

Spring has come. We have added a spring lobby to Heian-kyo.

Optimized the shikigami skin names and tabs displayed in the BP interface.