NetEase Games has released that new Onmyoji Arena update on September 14th, 2018 (GMT+8). Servers will be up and running during this period, therefore Onmyoji Arena players can login and play as usual.

Of these shikigami, Hone Onna, Maestro and Puppeteer have a difficulty of Extreme. Onmyoji who have been in Heian-kyo for less than 7 days can’t use them in battle. 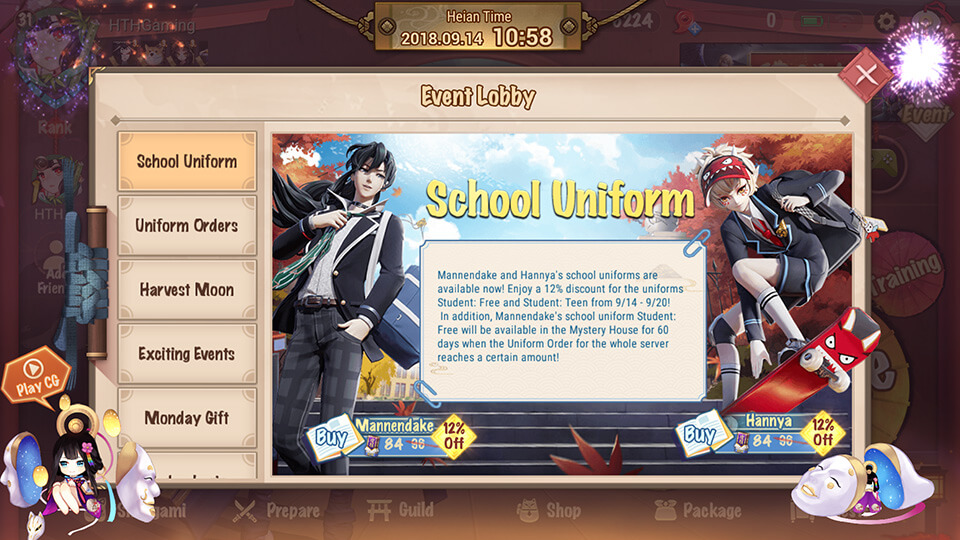 Mannendake and Hannya’s school uniforms are available. Onmyoji Arena players can purchase Student Free Mannendake and Student Teen Hannya with 12% off during the event.

In addition, Mannendake’s school uniform Student Free will be available in the Mystery House for 60 days when the Uniform Order for the whole server reaches a certain amount. 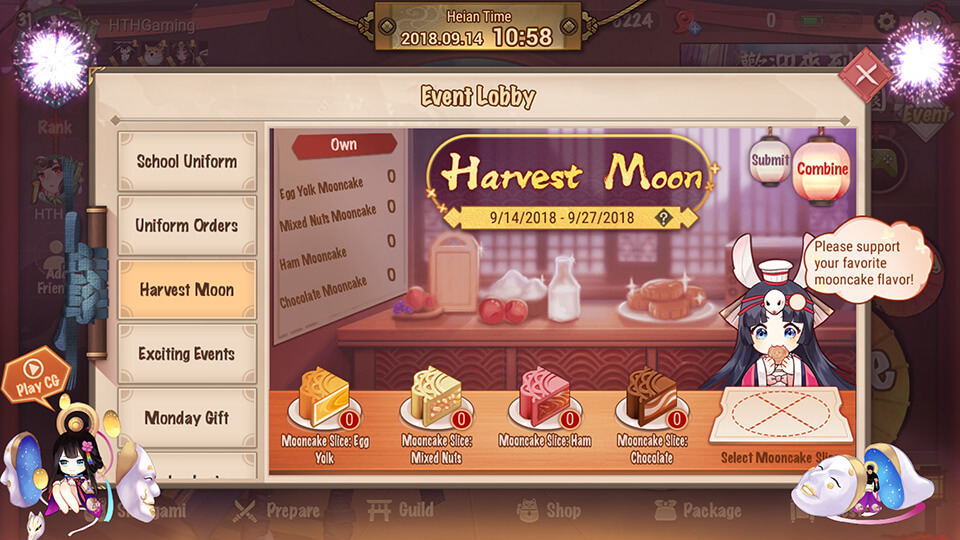 During the event, Onmyoji Arena players can choose their favorite mooncake flavor to support and obtain Mooncake Slices of that flavor when participating in matches. Combine the slices into a complete mooncake to get rewards and submit certain amounts of mooncakes to obtain a limited edition frame. 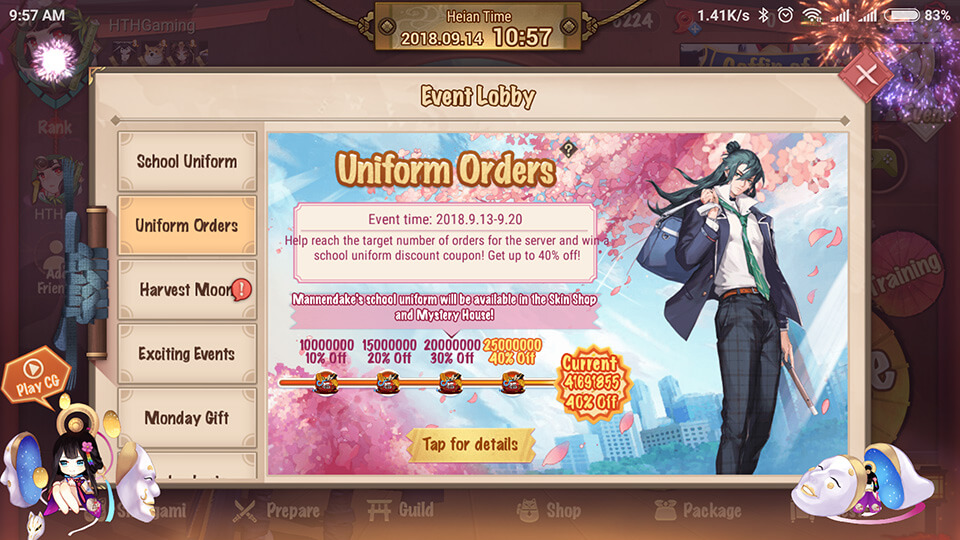 Optimized the preview for skin exclusive voices in Voice Gift Box. Players can now preview the unlocked voices exclusive to a skin if they already have the skin.

Optimized the matching rules for all game modes, the matching time might be increased due to this adjustment.

Optimized the movement action when attacking non-shikigami units in order to avoid appearing too close to the target when attacking.

Optimized the notice in the Summon. A more special notice will appear when obtaining advanced skins.

Fixed an issue that Menreiki’s Japanese Personalized Voices were missing.

Fixed the incorrect descriptions of some items and skills.

Increases trigger HP and further reduces the cooldown when slaying an enemy. 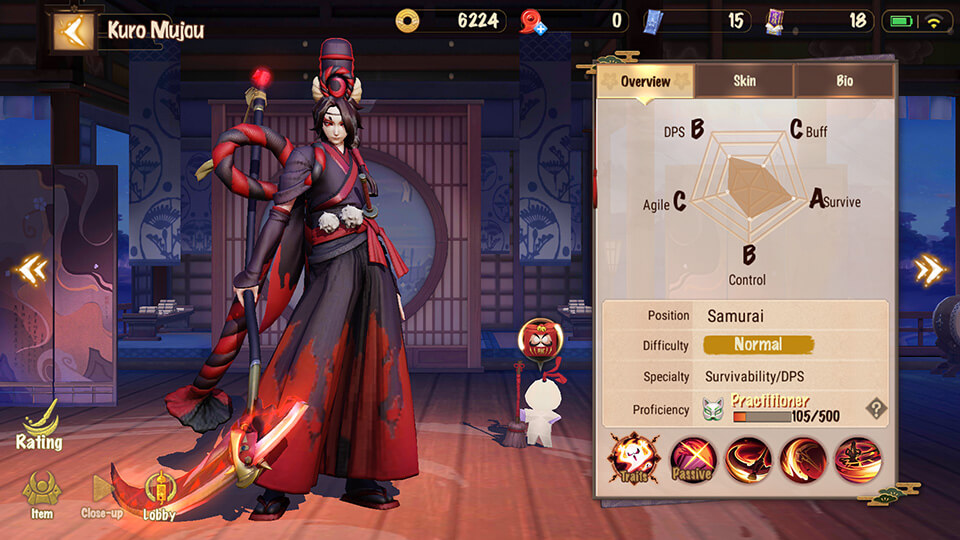 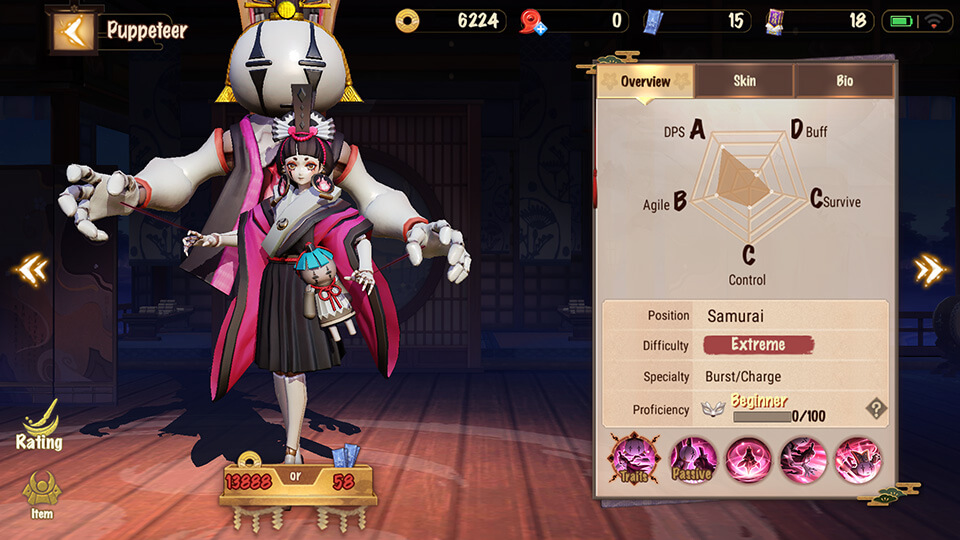