Maintenance and update is scheduled to take place from 10:00am to 12:00pm, May 18th (GMT+8). Servers will be up and running during this period, therefore players can login and play as usual.

The lineup of limited-time free shikigami will change on 5:00am, May 21st (GMT+8). The new free shikigami are Kaguya, Youko, Hangan, Ibaraki Doji, Vampira, Shuten Doji, Hannya and Inugami.

Of these shikigami, Shuten Doji, Hannya and Inugami have a difficulty of Extreme. Onmyoji who have been in Heian-kyo for less than 7 days can’t use them in battle.

This week sees Kubinashi make his official debut on the Heian-kyo battlefield. His Twilight Mist skin is also available to buy in the Skin Shop. 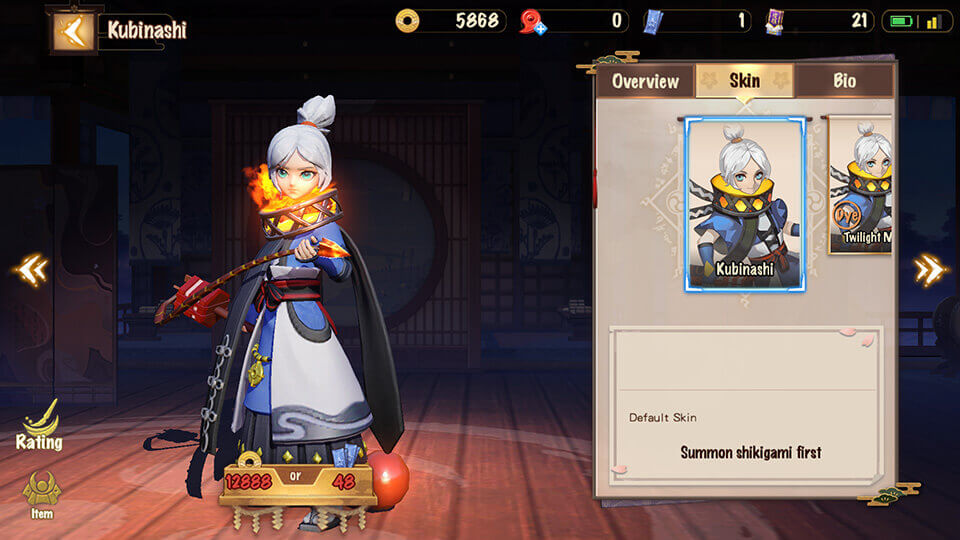 What’s more, the Kubinashi’s exclusive Driven pack is on sale in the General Store. This pack grants a 22% discount when summoning Kubinashi. The pack will only be available until 11:59pm, May 24th (GMT+8). Don’t miss out. 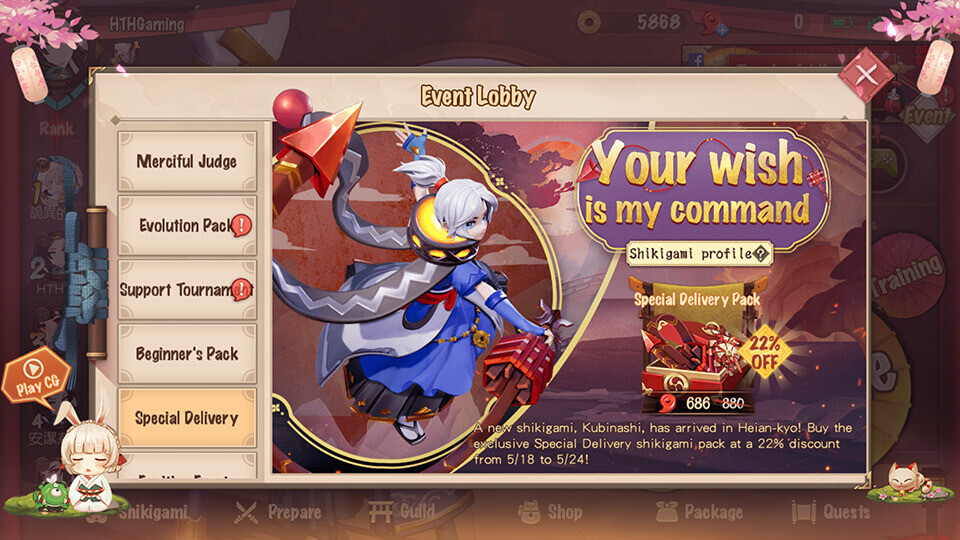 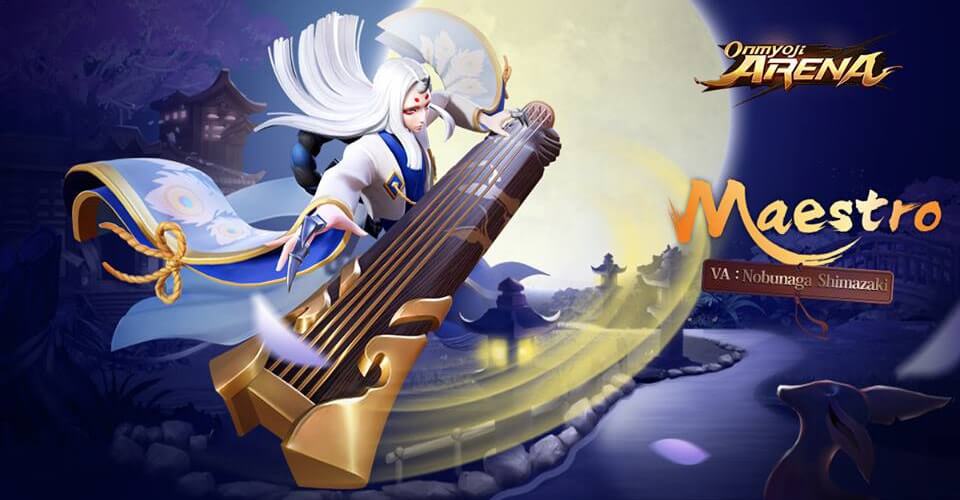 Maestro will first be available during this week’s Royal Battle.

Echo (Natural Passive): When Maestro uses shikigami abilities or basic attacks against isolated shikigami or monsters, the damage dealt will be increased by 10%.

Arpeggio: Maestro plays three notes in the designated direction that explode in succession, dealing magic damage to enemies they hit. If the same enemy is hit by multiple notes, the damage by the subsequent music notes is reduced to 30%.

Sonic Blast: Maestro releases a sound wave in the designated direction, knocking back enemies it hits and dealing magic damage.

Lingering Sound: Maestro rushes towards the designated location while leaving behind a lingering sound. If the ability is used again within 4 seconds, Maestro will return to the position of the lingering sound.

Phantom Zither (Ultimate): Maestro casts a zither over the designated enemy shikigami, continuously exposing their vision for 3 seconds. During this period, Maestro charges the zither when he attacks this target. After being charged 4 times or at the end of its duration, the zither will deal magic damage to the target. Each charge increases the damage by 25%, up to a maximum of 200% damage. 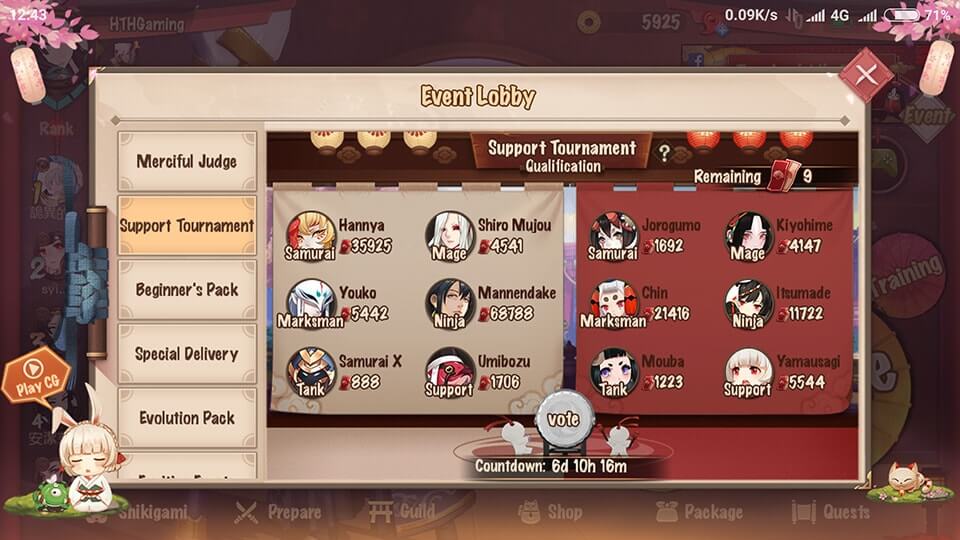 Qualification period: May 18th to May 24th

Showdown period: May 25th to May 31st 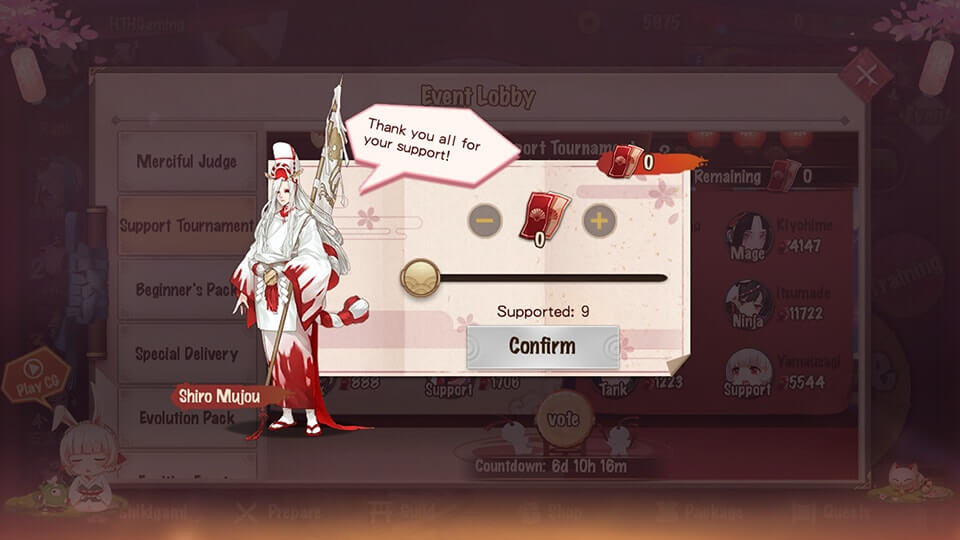 Hangan’s new Merciful Judge skin is now available in Heian-kyo’s Skin Shop. If you’re a fan of Hangan, you’ll definitely want to treat him to this new outfit! There’s even a 12% discount until May 24th! 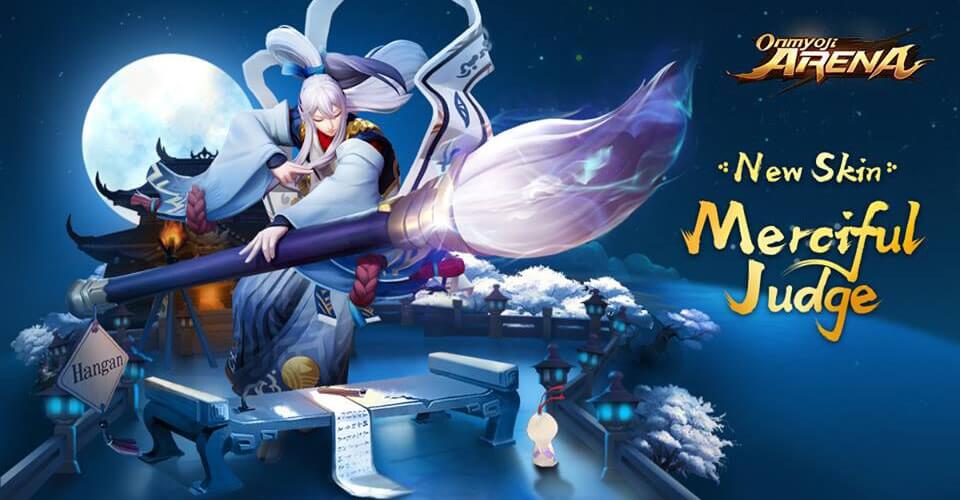 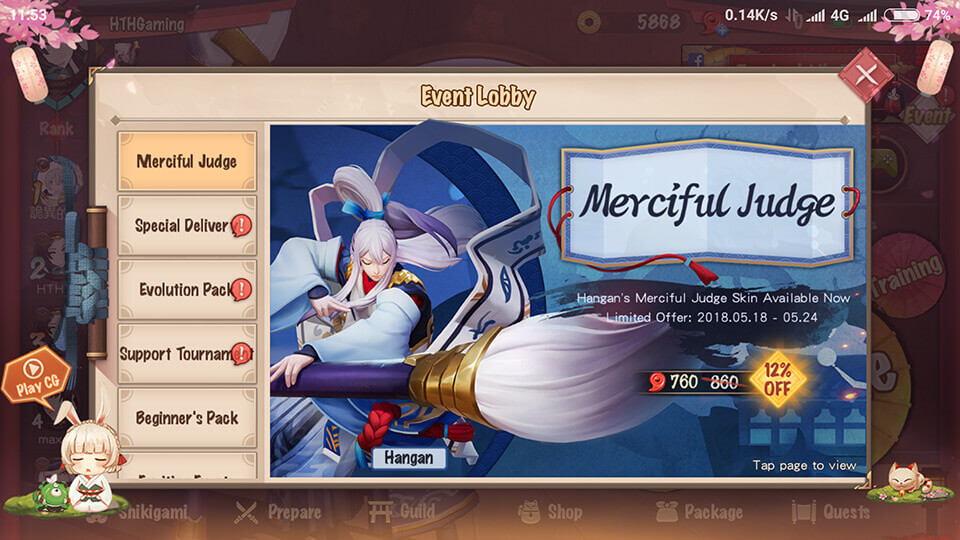 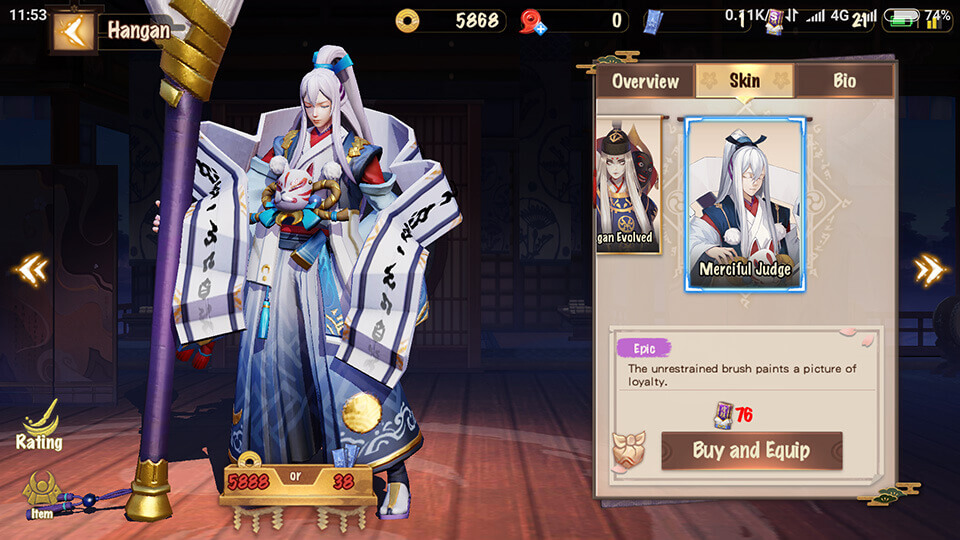 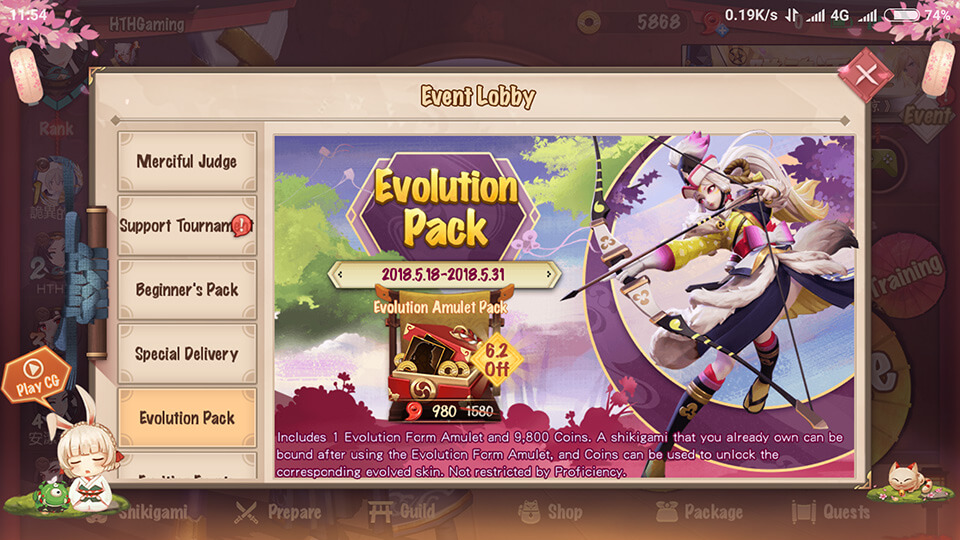 Wish Charms and Soul Stones can be used directly in the inventory.

Optimized Japanese quick messages to make them consistent with other voices.