Let’s check out new Samurai shikigami Aobozu gameplay! He will join in Shikigami Brawl on September 27th and officially arrive in the battlefields of Heian-Kyo on September 30th, 2019. 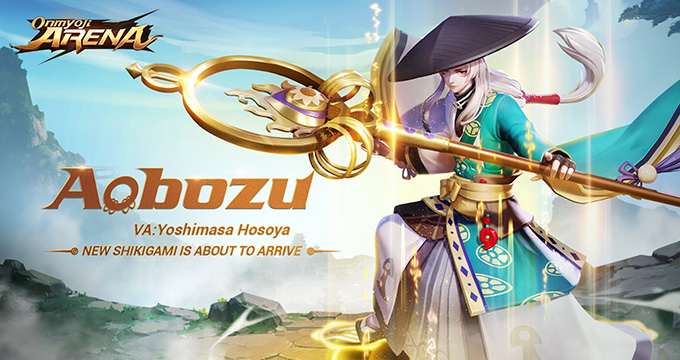 The ancient statue reflects a swaying blaze. The sole oil lamp and the sound of wooden fish are his only companions in the silent night. Through all disturbances and mundaneness, he seeks out the way to bring lasting happiness.

After the update on September 27th, Aobozu will join in Shikigami Brawl! And after September 30th, he will officially arrive in the battlefields of Heian-Kyo!

Passive effect: If Aobozu takes damage greater than the designated value in a certain amount of time, all control effects are removed from him. 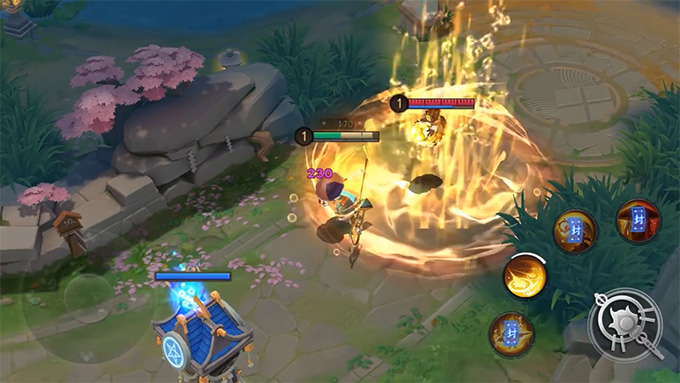 When the chanting ends or when he uses this ability a second time, he deals damage to surrounding enemies and adds another damage reduction effect to himself.

Buddha’s Heart Form: Increases speed at which Zen is gained. 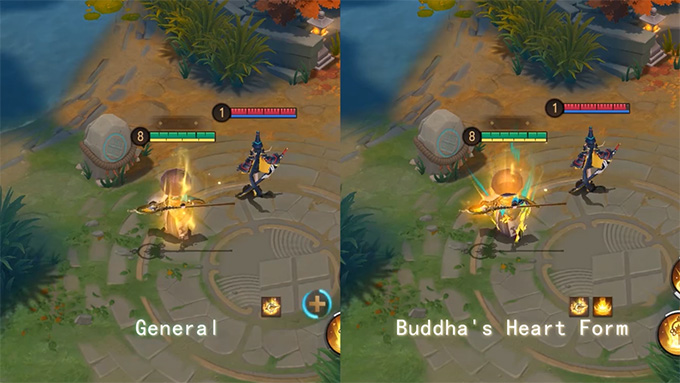 Demonbane Form: Continuously recovers Corruption. Using other abilities during this period will end accumulation and deal damage. After an ability is used, he will gain a Haste effect. 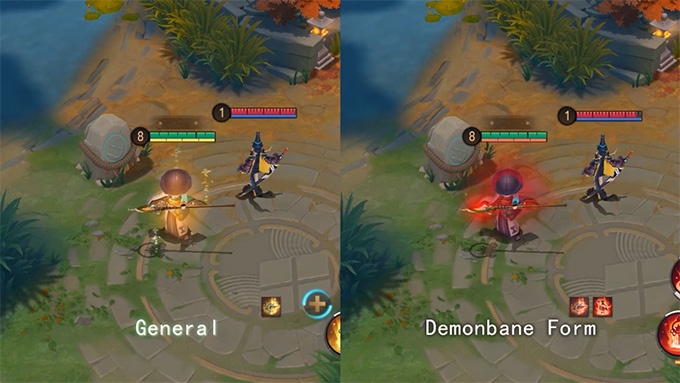 Aobozu waves his staff in the designated direction, dealing damage and Slow to enemies within range. Also adds a Buddha’s Heart mark.

When this mark stacks 2 times, Aobozu will automatically trigger the mark upon dealing damage to the target, dealing additional damage and restoring HP to himself.

Buddha’s Heart Form: When Zen exceeds 125, enemies hit by this ability will directly gain the No. 2 stack of Buddha’s Heart mark. 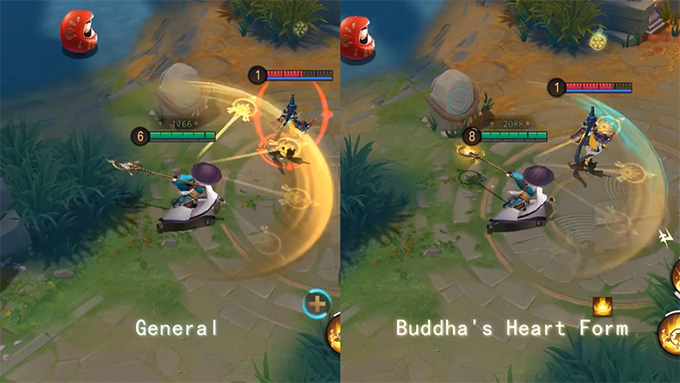 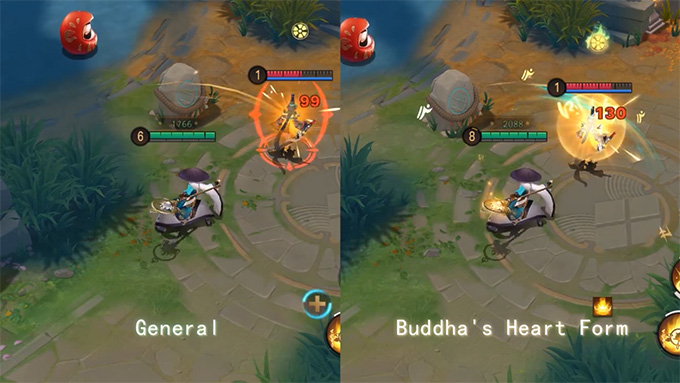 Demonbane Form: Increases the damage dealt by this ability and decreases cooldown time. 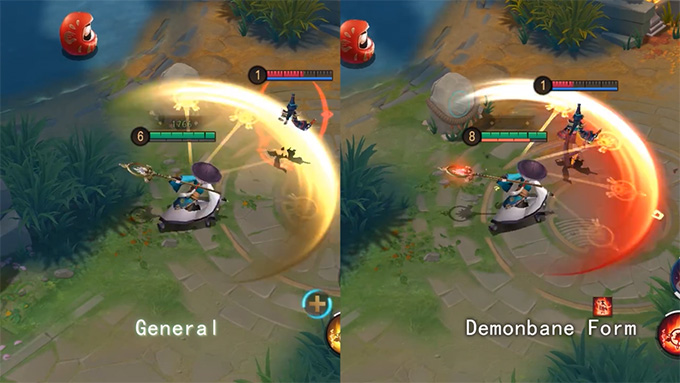 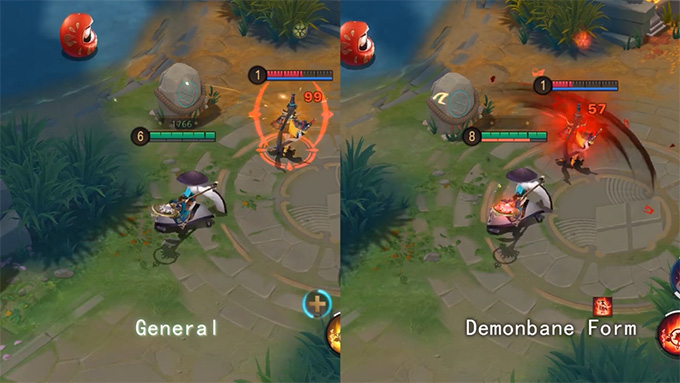 Aobozu charges in the designated direction, dealing damage to enemies along the way. If he hits an enemy shikigami, he will stop charging and fling the enemy behind him. 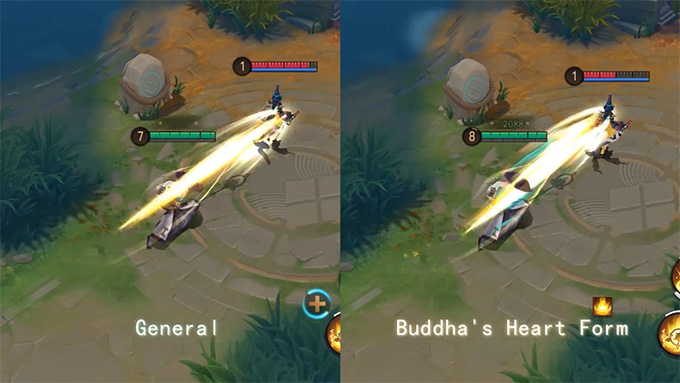 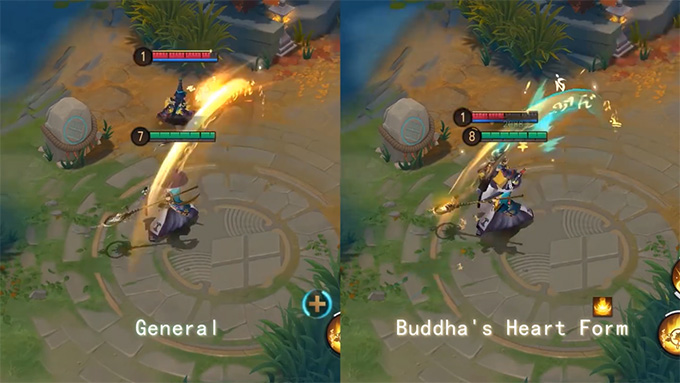 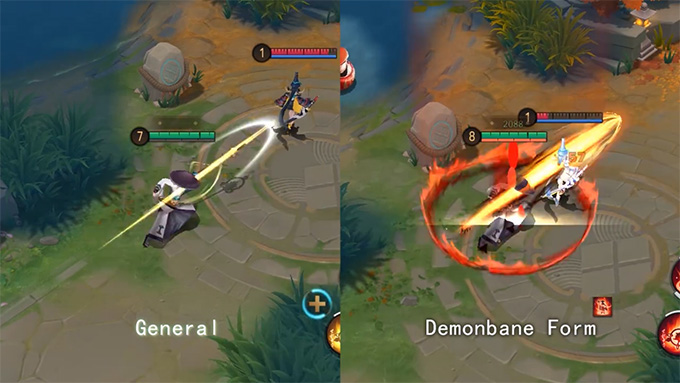 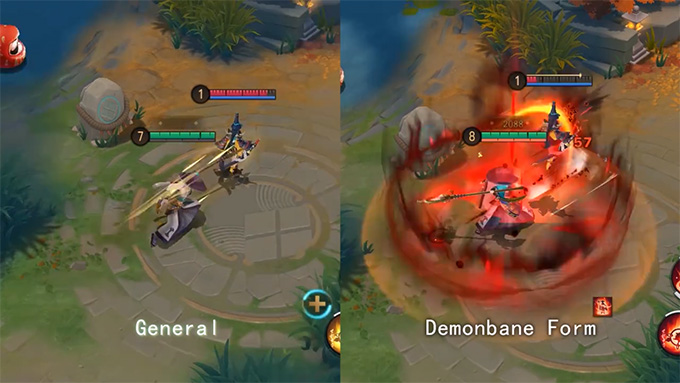 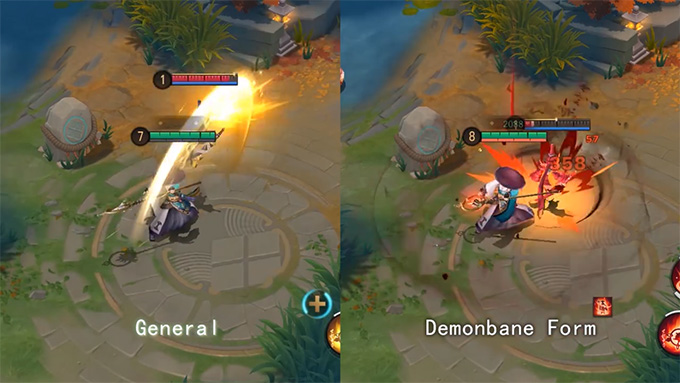 Ultimate Ability: Everything is Empty

Passive trigger: The first time Aobozu learns this ability, he must choose between Buddha’s Heart Form and Demonbane Form. 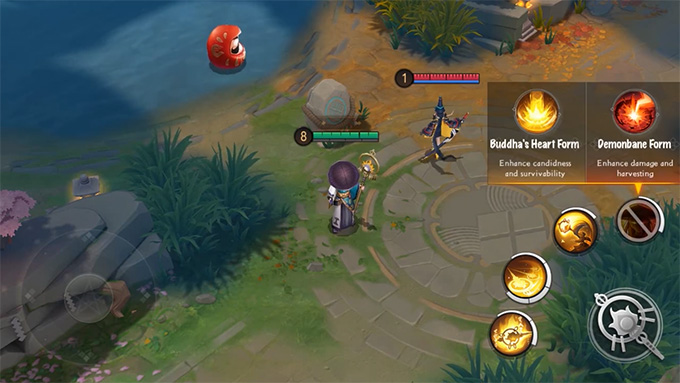 Buddha’s Heart Form: Aobozu’s upper Zen limit will be increased from 100 to 150.

Demonbane Form: Aobozu’s Zen will be changed to Corruption. Corruption will not decrease over time; using Divine Greatness and Fortification will consume Corruption.

Buddha’s Heart Form: Aobozu summons a magic circle in the designated area, dealing magic damage to enemies within range. This also inflicts Stun on targets in the magic circle’s center and a Slow effect on targets at the outer edge. 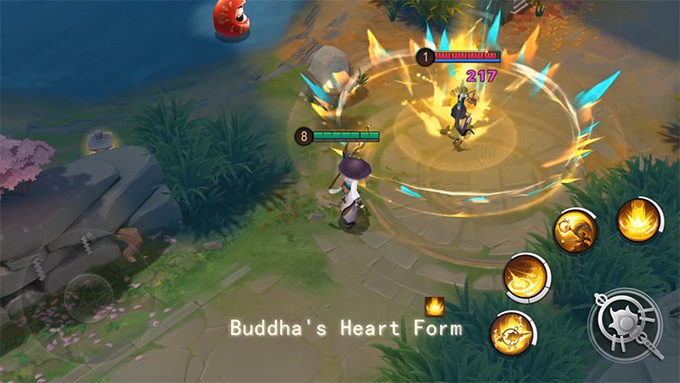 Demonbane Form: Aobozu jumps to the designated area, dealing physical damage to enemies within range. If this ability manages to KO an enemy shikigami, then it will immediately and fully restore Corruption and refresh this ability. 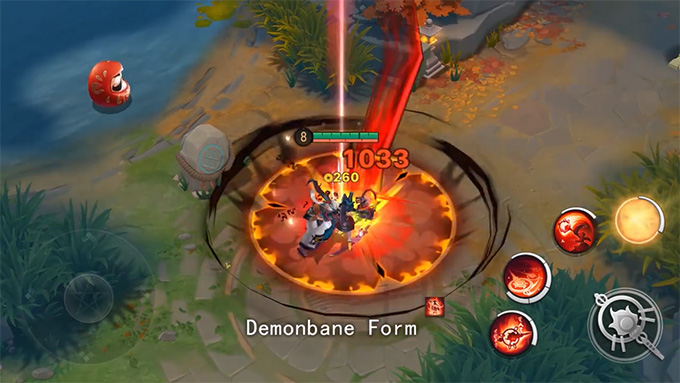