Of these shikigami, Komatsu, Yuki and Susabi have a difficulty of Extreme. Onmyoji who have been in Heian-kyo for less than 7 days can’t use them in battle.

Kikyo makes her official debut on the Heian-kyo battlefield. You can get Anniversary Cards from the anniversary events and exchange for Kikyo shards in the Awakened Soul event interface.

Log in to the game during the event to claim 3 Decoy Fire. Decoy Fires can prevent one soul fire from being extinguished when onmyoji of Challenger tier or below take part in Ranked Match in a team.

During the event, when you join the Ranked Match during 18:00 – 23:00, you can join double bonuses for the first 3 battles including coin bonus, bond bonus and shikigami proficiency bonus. Bonuses differ daily. Further details can be checked via the schedule list. 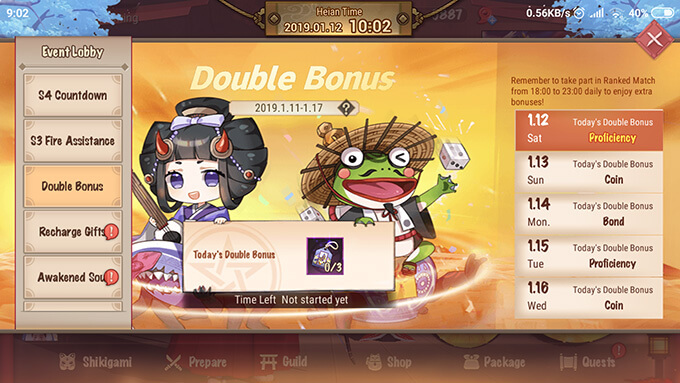 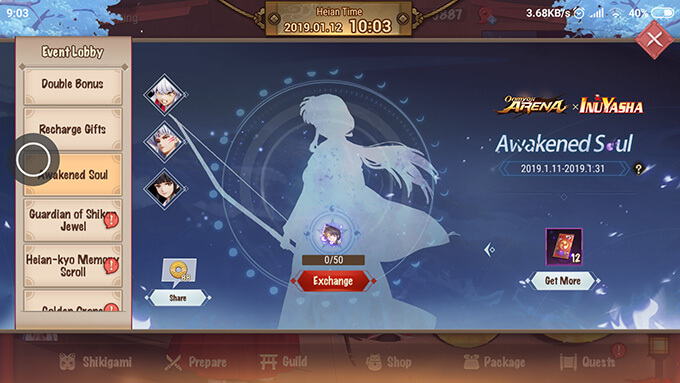 Ubume’s legendary skin, Golden Crane is available now in Summon for a limited time during the event and the summon chance is up. You can also use Soul Stones to exchange for it. Don’t miss out!

Time travels so fast! Thank you for your company and support these days. Let’s recall the good times together! 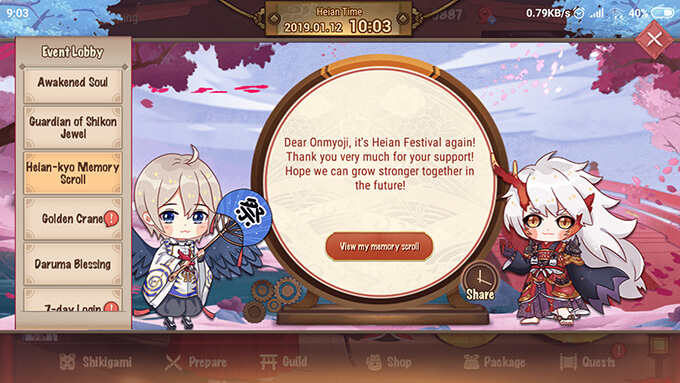 Added the Chinese voice for the 3 Inuyasha crossover shikigami.