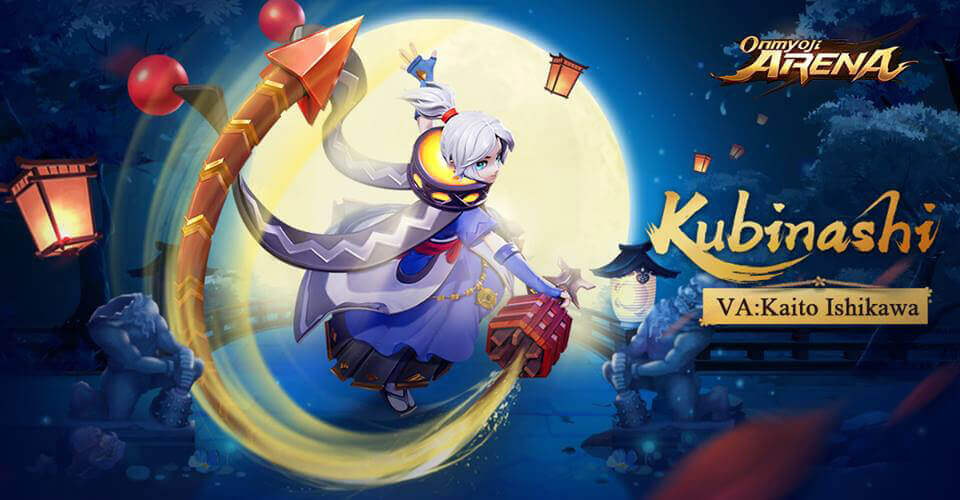 When Kubinashi uses his Basic Attack on Shikigami, his Attack Speed is increased by 1% for HP the target Shikigami loses. The Attack Speed bonus disappears several seconds after Kubinashi changes targets.

Kubinashi winds up and lashes out with his whip as his next Basic Attack, dealing Physical Damage to a line of enemies in front. This damage can CRIT and trigger Attack effects. When more than 2 enemies are hit, CD will be reduced by 1 seconds.

Kubinashi somersaults in the specified direction. The next 2 Basic Attacks inflict an additional Physical Damage.

Kubinashi casts a fire net towards the designated position, inflicting continuous Magic Damage and a Slow effect on enemies caught in the net.

Kubinashi launches his own head in the designated direction. The head attaches itself to the first enemy Shikigami it hits, reducing the target’s HP directly. This HP will be gradually restored.

Use Ability 2 to frequently adjust your position and create space for output. Use Ability 4 to rapidly decrease the enemy’s HP, followed by Ability 3 to inhibit the enemy’s regeneration. In a teamfight, Ability 1 can cause high AoE damage. 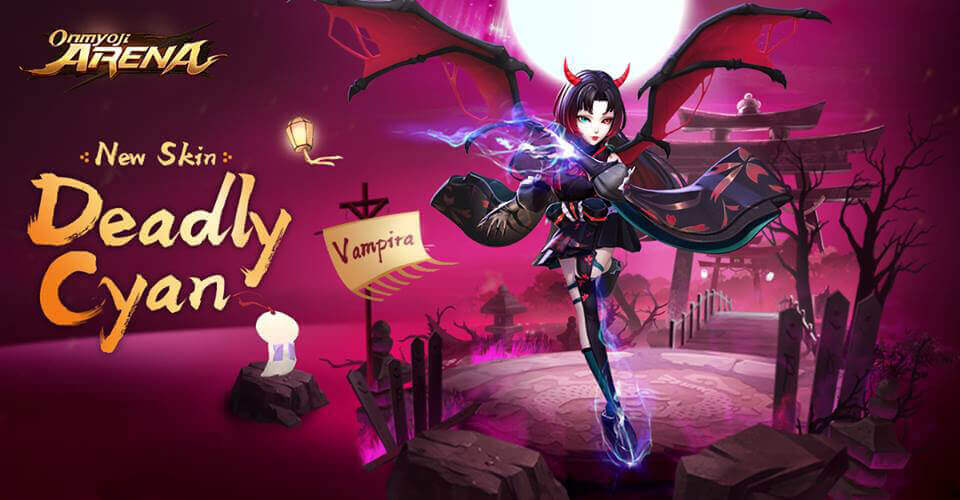 Vampira’s new skin Deadly Cyan will be available on May 11th! The young girl with blue and purple eyes. She has a pair of bat wings protruding from her back. 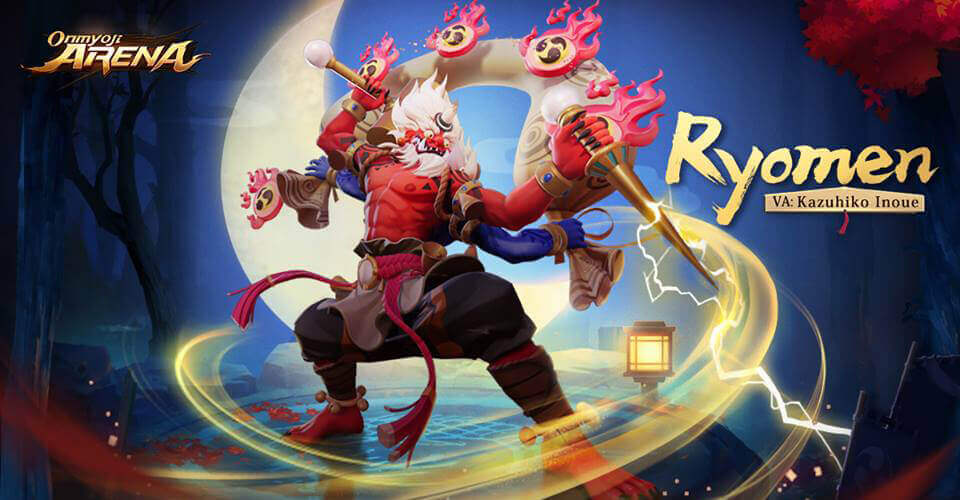 After the update on May 11th, new shikigami Ryomen (Samurai) will enter the battlefield. He has show up in Battle Royale on May 4th, 2018. Ryomen’s natural passive has two different effects, Raijin or Fujin, which will be randomly added when an enemy is hit. Raijin effect can inflict Stun on the enemy shikigami for 0.5/0.8/1/1.2 seconds, while Fujin effect will restore HP by 10 (+5% of Max HP) within 0.5 seconds.