Onmyoji Arena will change the lineup of the limited-time free shikigami at 5:00 AM on September 7th, 2020. The new free shikigami will be Tesso, Yamausagi, Zashiki, Jorogumo, Kyuumei Neko, Shiro Mujou, Yamakaze, and Shiro.

Onmyoji who own the God of Fortune Month Pact will have the additional free shikigami, Miketsu and Dai Shimei.

Of these shikigami, Yamakaze and Shiro have a difficulty of Extreme. Onmyoji who have been in Heian-kyo for less than 7 days can’t use them in battle for free.

This update sees Kani Hime make her official debut on the Heian-kyo battlefield. Her dyed skin, Sea Picker, is also available to purchase in the Skin Shop.

The Side Crawler Selection Pack will also be available in the General Store. The selection pack includes the new shikigami Kani Hime, Evolution Amulet x1, Taichi Mudra x1, and Eight Petals x8. You can select which to purchase at a maximum discount of 690 Jade! The Side Crawler Selection Pack will be available till 11:59:59 PM on September 10th, 2020. Don’t miss out on this chance to get Kani Hime!

Currently Mouba is rather weak during the laning phase, hence we have redesigned her Ability 3: Godspeed with her Ultimate Ability: Bowl Barrage, her most unique and core ability, as the starting point. We hope that this increases her strength and highlights her unique gameplay characteristics.

Active effect: Mouba commands Bitey to accelerate quickly for 2.5 seconds, dealing magic damage to enemies in her path and knocking them up. This only takes effect on the same target once.

During Bowl Barrage, this ability will store 3 accelerations, providing Mouba with massive acceleration for a short time after use.

We hope to suitably increase Chin’s Movement Speed stat to help her better adjust her position during battles.

New: Movement Speed is increased by 15% when enhanced.

The current distance required to break the chain of Kiyohime’s Ability 2: Serpent’s Shackle is too short. We have suitably increased the breaking distance.

When Ittan-momen has the advantage, her instant burst capability is extremely high. When she is at a disadvantage, this overall effect becomes relatively weaker. We hope to adjust her damage ratio to reduce her reliance on Ability Power and suitably reduce her burst damage in the late game. As compensation, we will suitably increase the frequency of her abilities, in the hope that this will improve her sustained combat capability.

Adjustment: Ability cooldown starts when the enhanced basic attack is used or when it loses effect.

Ultimate Ability: Scattering in the Night

During the event, purchase the School Season skins, Yamakaze’s Student·Rebel or Momiji’s Student·Favored, to enjoy discounts! Purchase both skins at the same time for the low price of 158 Skin Tokens! 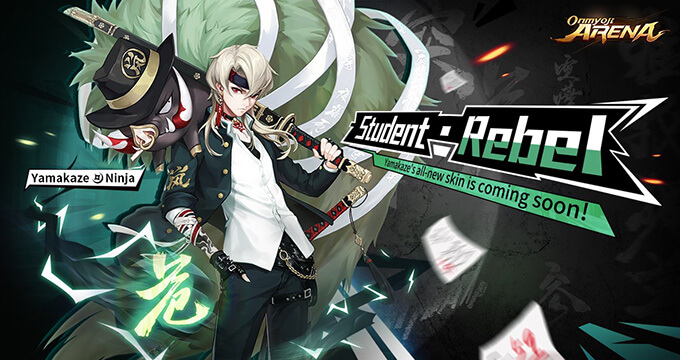 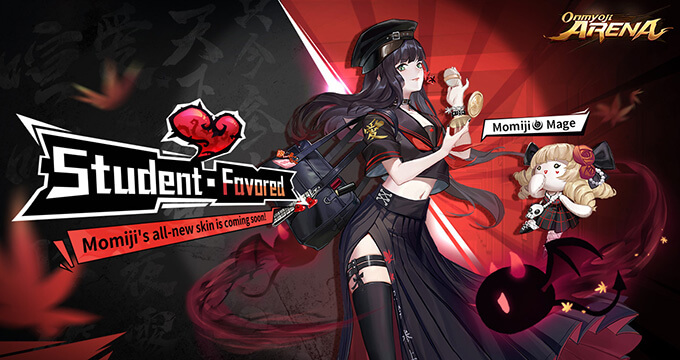 Kani Hime’s epic skin, Candied Sweetheart is now available. Get 12% off during the first week from September 4th to September 10. Don’t miss out! 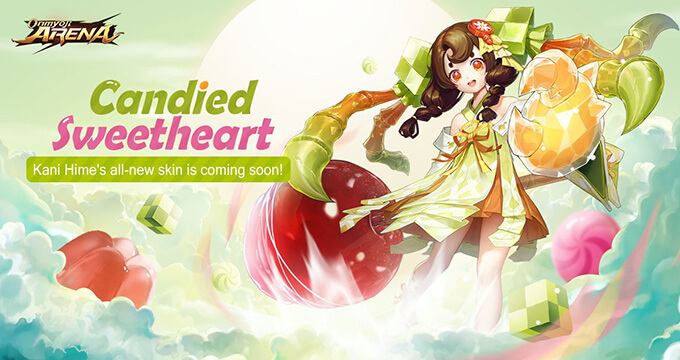 During the event, if your recharge meets the requirements, you can get rewards including Skin Tokens, Skin Token Vouchers, Evolution Amulets and a rare avatar frame!