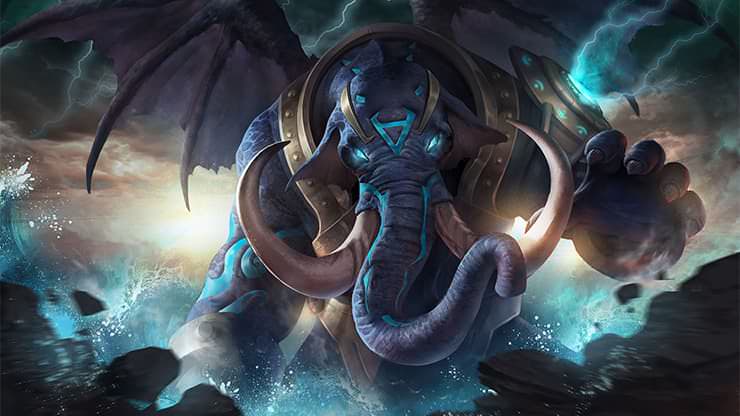 Everyone knows that one day Chaugnar will break from his shackles and blast every corner of the world with the fires of his rage.

“I will let you watch as this world is swallowed by chaos!” 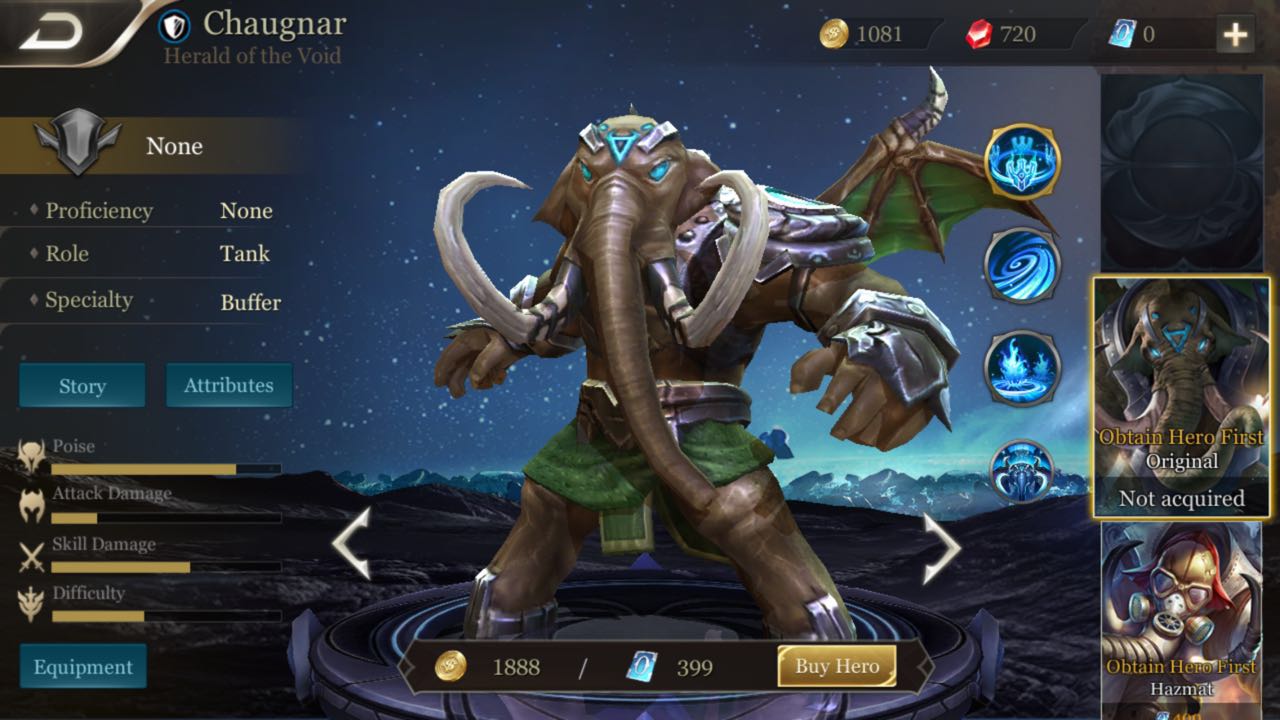 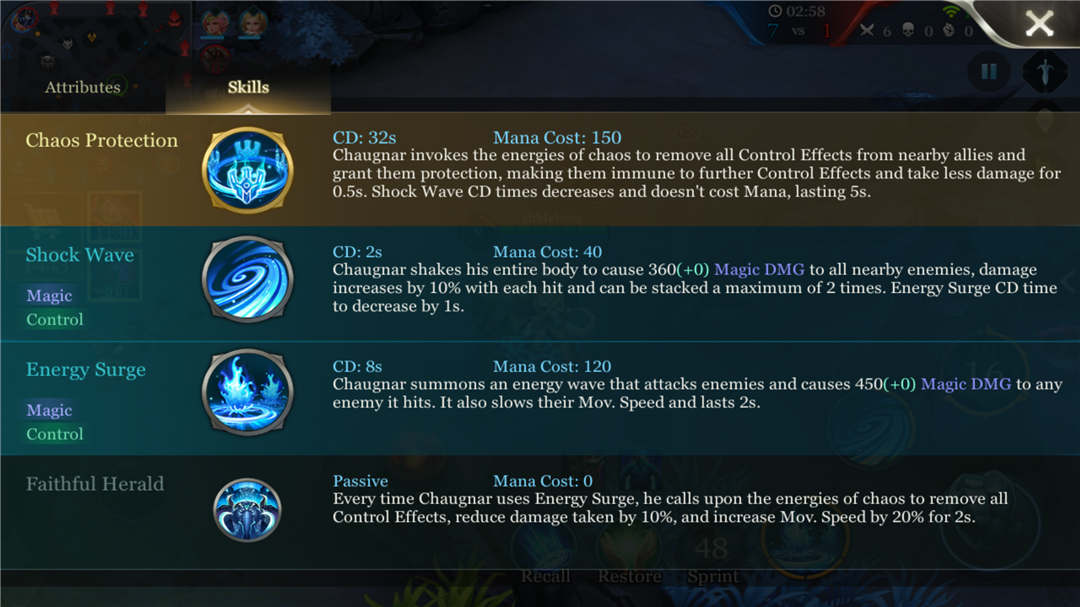 Chaugnar’s passive skill, Faithful Herald, is highly effective. It is very handy for escape and pursuit.

His first skill, Energy Surge, is a long-distance skill with wide coverage. It is good for destroying enemies but takes a long time to cool down. Be careful when casting it so that it can reach as many targets as possible.

Skill 2, Shock Wave, is a close-range skill. It does less damage than that of Energy Surge but slows down the enemy three times more. Opponents will not be able to run away when it clings to them and is used with Energy Surge.

Chaugnar’s Ultimate move, Chaos Protection, is a powerful support skill. It will release a teammate who is under enemy’s control. It also comes with a damage reduction effect. Effectively using this skill may instantly turn a battle around.

Skill Combo: Use Energy Surge to slow down the enemy, then limit the enemy’s mobility by continuously clinging to him with Shock Wave.

All of Chaugnar’s skills provide powerful protection. From slowing down consumption, to an Ultimate skill that helps friends become immune from control for 2 seconds, to further damage reduction. These all work great with Heal, bolstering the overall effect.

Disrupt can be extremely effective at helping teammates take down towers when winning the battle. 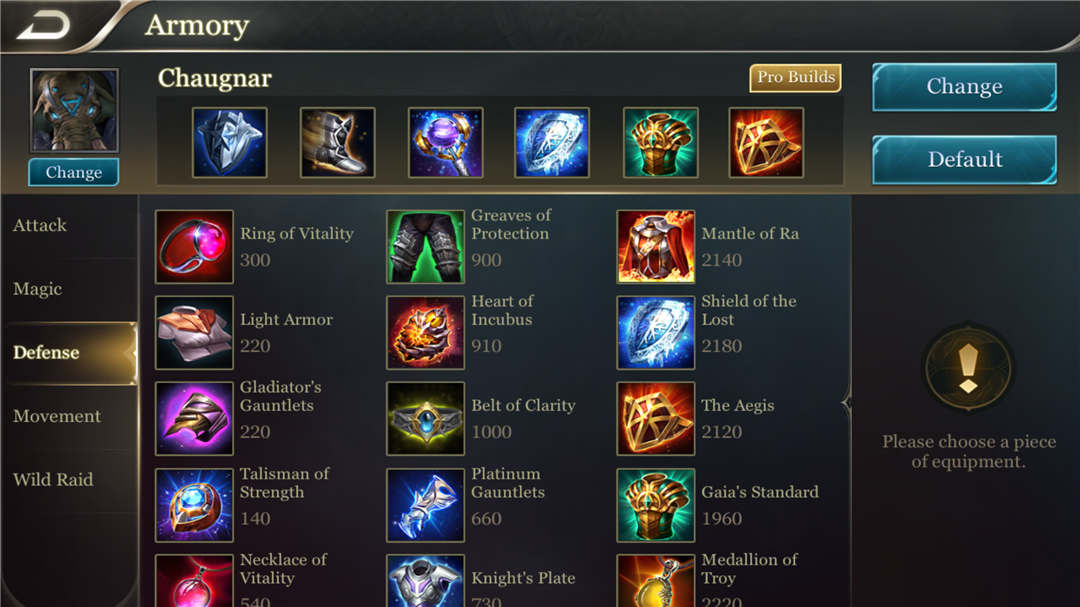 Asterion’s Buckler provides a buff for teammates while strengthening its own attributes, increasing damaging and immunity effects for surrounding friendly forces by 10%. It is a great item for early and middle stages. Sonic Boots increase physical defense. They absorb the damage of an enemy Assassin more effectively while protecting your own Assassins in the rear flanks. As a Tank, do not forget to also attack while defending. Use Rhea’s Blessing in the middle stages of the game, as the damage it inflicts on the enemy cannot be overlooked. Shield of the Lost slows down nearby enemy attacks by 30%, making it powerful equipment that benefits the team. Gaia’s Standard absorbs more damage when dealing with Heros who have higher spell damage. When under attack, The Aegis will slow down enemy attacks by 30% and mobility by 15%. Like Shield of the Lost, this item effectively limits the physical damage from an Assassin. 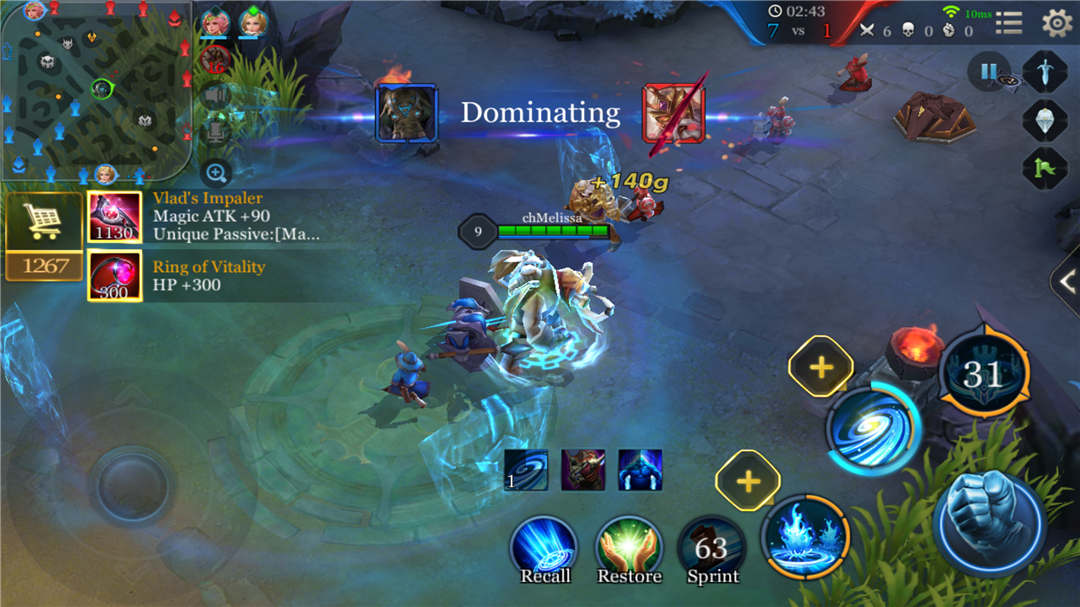 Early stages: Chaugnar supports Heroes with a low survival ability by using Energy Surge to drain the opponent’s HP. When teammates are catching enemies, use Energy Surge and Shock Wave to control the opponents’ mobility before killing them off. While protecting teammates, use these two skills to help teammates escape, then use the passive skill to get out yourself.

Group battle: During the middle and late stages, pay attention to the timing when using Chaugnar’s Ultimate move. Keep an eye on the enemy’s control skills and effectively limit the ability for enemy Heroes to control. Then use Energy Surge and Shock Wave to protect your Assassins. When the timing is right and after the opponents have used up their control skills, you may easily win by turning around and fighting back.