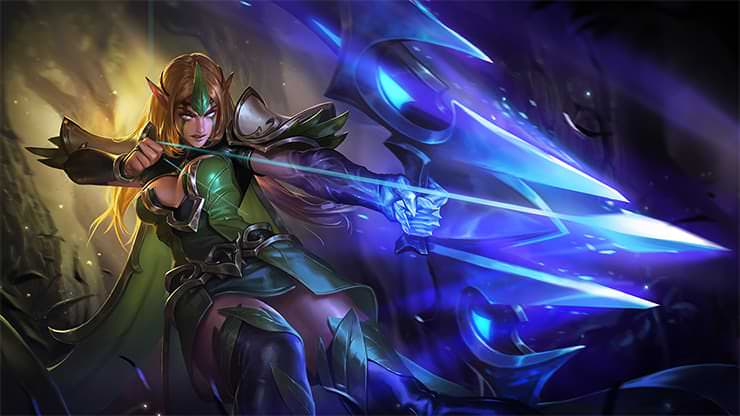 We explain the hype around Tencent’s new hit mobile game and why it’s poised to remove Pokémon Go from your homescreen.

Move over Vainglory, there’s a new mobile MOBA vying for space on your smartphone’s screen. Arena of Valor, also known as Honour of Kings in China, is mixing up the team multiplayer battle arena format and shrinking it down to work in short bursts on iPhone and Android smartphones.
Chinese internet giants Tencent have already cornered the mobile market in Asia, but now the company is looking to expand in the west, with a soft launch for the five-vs-five game rolling out across Europe and North America. Here’s why you should be excited, even if you’ve never heard of Dota before, let alone know why you’re supposed to be defending an ancient.

It’s League of Legends on your mobile

League of Legends is a phenomenon in PC gaming, with scores of millions of players logging on to do battle on Summoner’s Rift each month, but it’s strictly a desktop affair that requires a mouse and keyboard – not to mention a rock solid broadband connection. There are no plans to bring the game to other platforms like console, tablets or mobile, and that’s unlikely to change, ever.
Enter Arena of Valor. Though the characters may be different – in China, a cast of historical Chinese characters is used, while AoV features new heroes and, oddly, Batman – and the experience translated to a small touchscreen, with shorter game lengths, smaller maps and easier controls, the concept carries over. There are five players on each side, lanes to dominate, towers to defend, jungles to lurk and ambush from. Even the cel-shaded graphical style takes its cues from the mighty League of Legends.
The comparison is more than skin deep, however. Riot Games, the team that develop League of Legends, are owned by Tencent, which also publishes Arena of Valor – the company’s understanding of how to keep players coming back again and again runs through both games.

It’s already the most profitable mobile game in the world

Pokémon Go may have taken the entire world by storm, but Arena of Valor is already outperforming it by some metrics, at least in its Honour of Kings guise. According to Quartz, in the first quarter of 2017 it generated US$875m for Tencent. SuperData Research meanwhile estimated that in June this year alone the game generated US$150m in revenue. Not bad for a game launched in 2015 and lacking the global recognition of Pikachu, Squirtle et al.

It has 55m players in China alone

Those figures belie some even more impressive player base statistics. A contingent of Chinese gamers bigger than the entire population of South Korea plays Honour of Kings daily, with a reported 200m logging in worldwide according to the South China Morning Post. Those numbers outstrip even Pokémon Go, which at its peak in the summer of 2016 had just under 45m daily active users by some estimates, and put it on a par with not just games, but some of the world’s most popular apps.

It’s so addictive, children have been banned from playing it across China
In a country without a culture of console gaming, the popularity of Honour of Kings in China has caused serious concern among parents and lawmakers. So much so in fact that the government-run newspaper began to refer to the game as a “poison” and a “drug”. While this doesn’t technically mean that the game has been sanctioned by law, it certainly caused Tencent to take action. The company added measures for under-18s, restricting the amount of time they can play each day to one or two hours depending on age.

It’s rapidly turning into an eSport

League of Legends’ greatest coup was turning a team game into a professionalised spectator sport, and Tencent are bent on replicating that with Arena of Valor. Its King Pro League for Honor of Kings in China is already in its second season and a thriving community of streamers has coalesced around the game on Chinese platforms Douyu and Huya, where it’s already the most popular game being streamed. If Arena of Valor finds similar traction in the west, expect Tencent to deploy the LCS format to mobile too.