The publisher Plaion and developer Toylogic has announced the free-to-play, action-packed, third-person, online-multiplayer game Warlander will launch for PC via Steam on January 24th, 2023, followed by PlayStation 5 and Xbox Series in April. 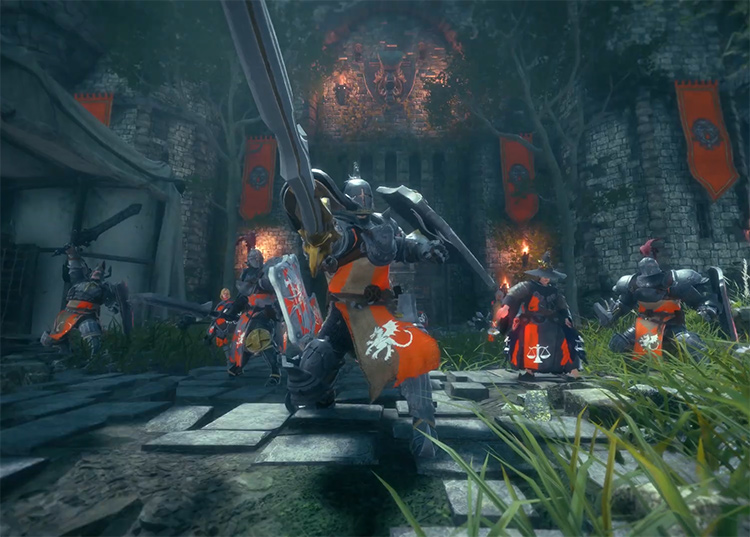 Here is an overview of the game, via its Steam page:

Warlander is an action-packed, third-person, online-multiplayer game, with a unique style that mashes a Medieval-inspired setting, Fantastical items and abilities…and…EVEN POWERFUL ROBOTS!

Featuring intense competitive skirmishes and epic castle siege warfare with up to 100 players, you must use the almighty powers of god-like Warriors, Clerics, and Mages, as well as siege weapons and cataclysmic spells to control the battlefield.

To be victorious, you must work as a team, defend your Keep, and tactically break into the enemy’s stronghold to destroy their core!

Innovative Genre Hybrid: Across its 2 Army Battle & 5 Army Battle game modes, Warlander combines the tactical team-fighting of a modern-day MOBA, the knock-out style gameplay of a Battle Royale, a smooth blend of 3rd person hack-and-slash and ranged combat, and a touch of 4X-inspired strategic diplomacy – all within large scale battles of up to 100 players.

Multi-Layered Gameplay: Features fast-paced action combat and shrewd decision-making where you must play to the role of your squad, by either defending your castle and core with anti-siege weapons – roaming the battlefield to intercept the enemy, capture towers, and fire mighty catapults – or by infiltrating the enemy Keep with siege weapons and epic cataclysmic spells. Defeating enemies, building devices, and completing objectives will earn you Valor points which can be used to bring powerful versions of your characters into the fray and help you turn the tide of battle!

Action-Driven Tactics: Tactically maneuver and control the battlefield by following the directions laid out by your Commander, controlling spawn towers, and utilizing the available siege devices to remove the enemy stronghold fortification layers. Gates, walls, and bridges can be destroyed to create choke points or new paths into the enemy keep, and alliances can be made or broken to swing the momentum of battle.

Power to Play Your Way: Create an eclectic roster of deeply tailored class-based characters, each with their own loadout of rarity-based and customizable equipment, skills, and talents, as well as emotes, and dance moves. The choice is yours – build decks that are balanced, look to fill specific roles, or feature multiple ways to play your favorite class – then take them into battle and dominate your foes! 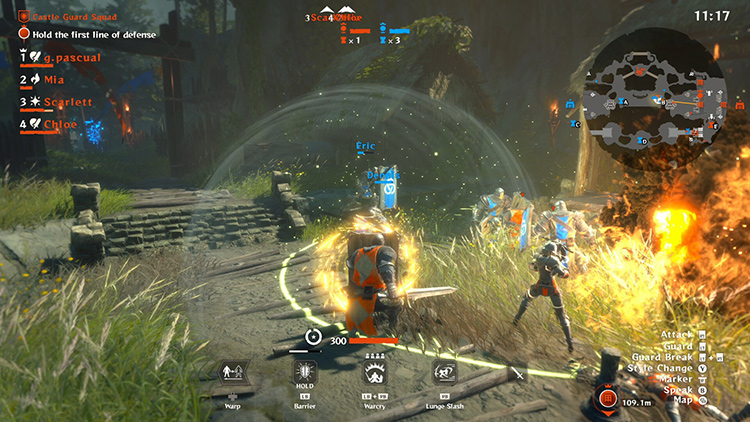 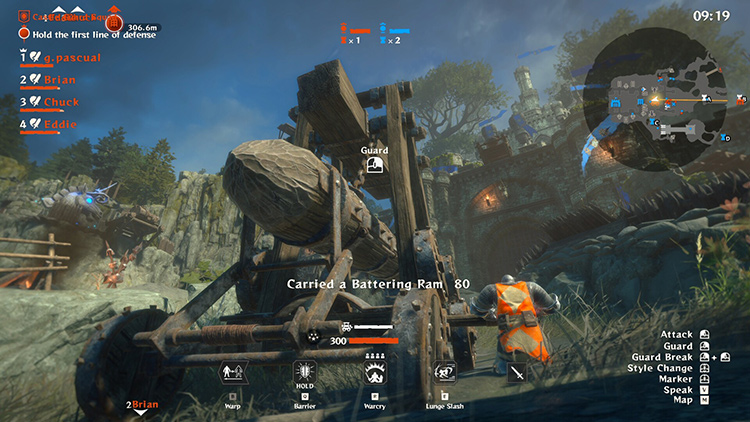 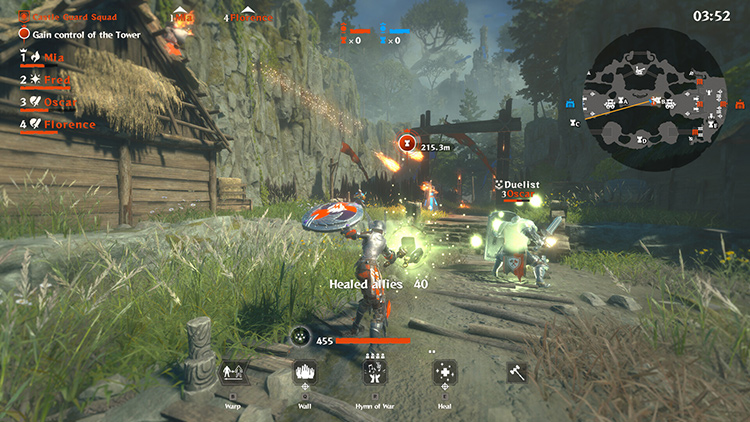 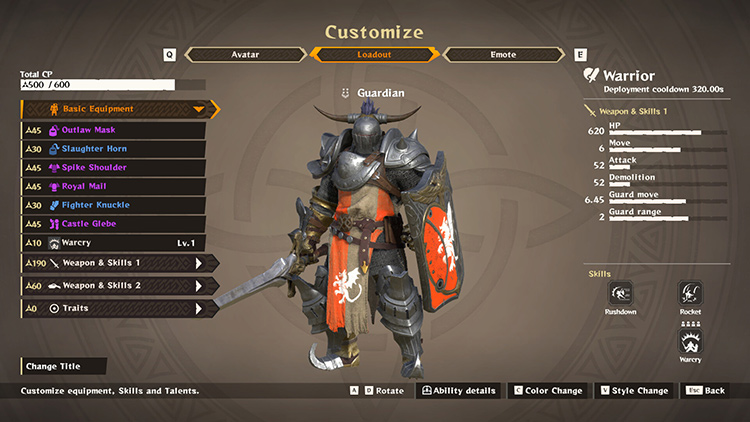 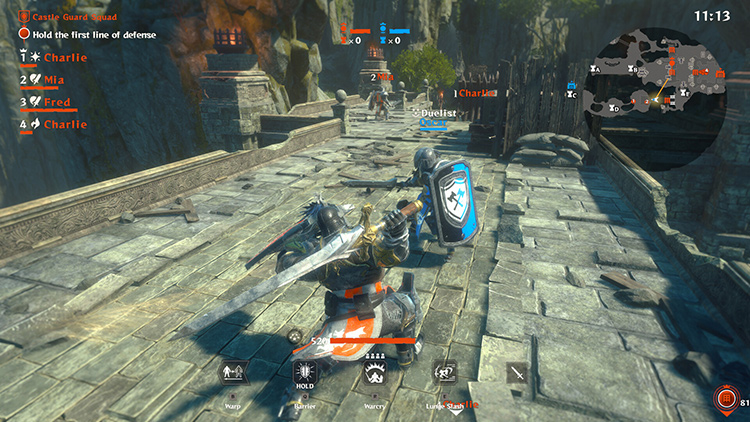 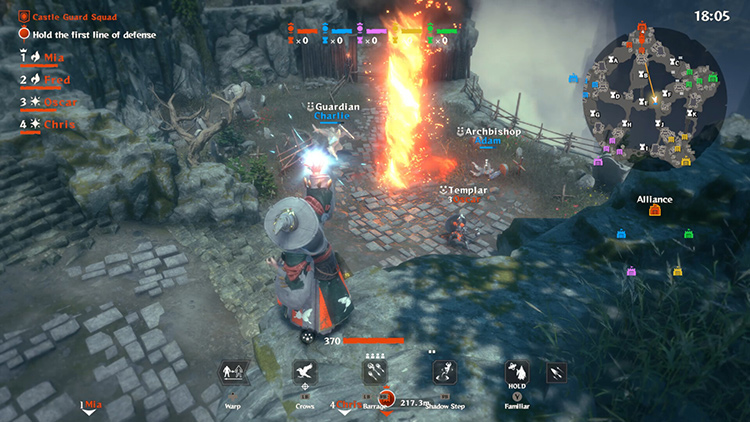 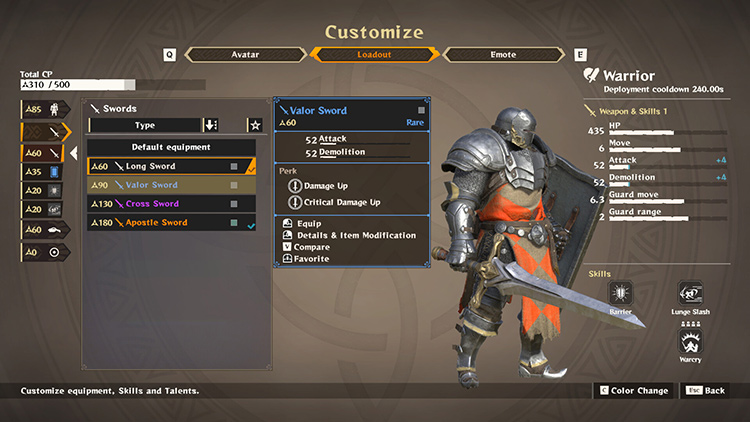