Tencent Games has announced the Arena of Valor next update will be tentatively released on January 24th, 2019. This new update will include changes to the hero balance as well as peripheral system, arena mechanics, and other game adjustments. The developer said: “We hope this update will make the matches more balanced and exciting, providing all players with a better overall experience”. 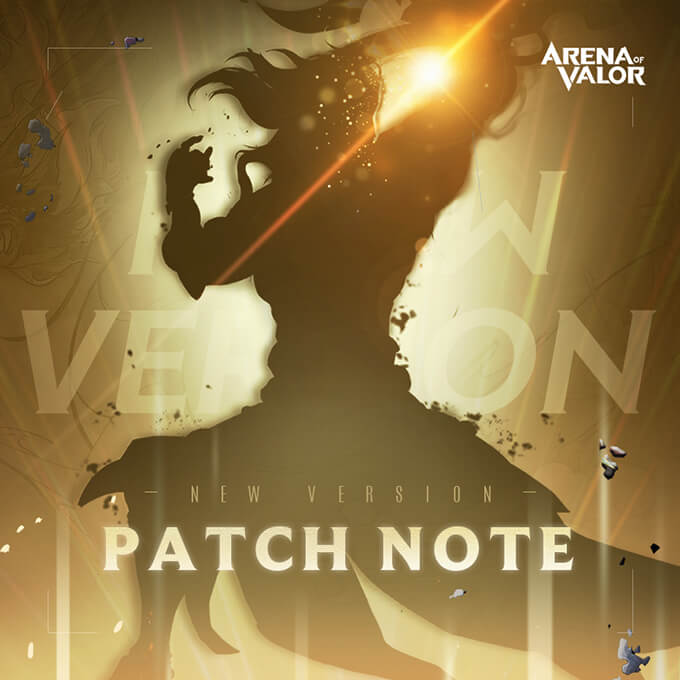 Reorganized the Match Result “Like” interface so the display of likes is more intuitive to players.

For number of matches and win rate of each hero, Standard mode will only record data for 5v5 and Ranked matches. You can also view the data of each hero according to season and game mode.

Tap the avatar of a teammate in the Hero Menu to view the data of the classes that your teammate has used.

Feature to pin heroes to the top of the list

Can choose heroes to pin to the top in the Hero Menu.

Feature to give likes on the Match Results page

After viewing the battle stats, you can now give the player or the opponent likes.

Butterfly will guide you step by step as you learn more about Xeniel’s Codex.

When choosing heroes, the Hero Win Rate will now only show data from Standard mode instead of all modes. It will only include data from 5v5 and Ranked matches. Players can choose to only see win rate of the 100 most recent Ranked matches.

When choosing heroes in the various modes, once a player chooses a hero, the hero avatar and the skin are both displayed for the hero.

When entering the battlefield, players equipped with dance animations will dance.

Added the display of relevant information of the MVP player to the first screen of the match results. The model and dance animation can be displayed as well.

2. Adjustments to tower mechanics: The Gold reward for minions that die in the attack range of the outer tower (tower 1) will be reduced by 10%.

5. Other adjustments: The duration of the Enraged Abyssal Dragon BUFF and Dark Slayer BUFF will be increased from 90 seconds to 120 seconds. 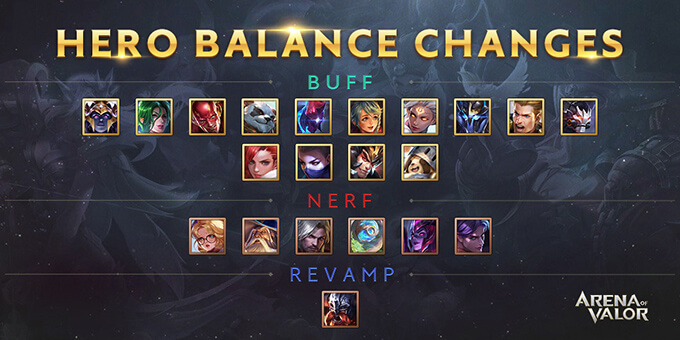 THE ANOINTED ONE: IGNIS

THE FASTEST MAN ALIVE: THE FLASH

[Added] The attack speed bonus with be applied to the charge speed of the next normal attack.

Conditions to trigger stun: Target has a higher HP percentage than you → You have less than 60% HP

Conditions to tigger Slay: Target has the same or a lower HP percentage than you → Target has less than 60% HP, maximum damage against jungle monsters is increased to 2000

[Added] Recover 2% of your maximum HP whenever an enemy hero is hit.

[Added] Ability 1 can be used during the duration of the Ultimate.

Ability 1: Pain on a Stick

[Added] When the shield disappears or is destroyed, Zuka gains a recovery effect that recovers 30 (+10 per level) (+0.1 AD) per second for 3 seconds.

Increase in speed of movement of the 3rd stage, movement distance: 3m → 3.5m

[Added] When an enemy hero is hit, the cooldown of Ability 1 is reduced by a maximum of 40%.

Additional Gold gained by yourself and allies per stack: 15 → 30

RING OF THE FIEND

[Added] Gain the vision of illuminated enemies for 4 seconds.

[Added] After activation, nearby allies within 8m receive a 50% increase in movement speed for 2 seconds.

[Removed] Increase movement speed of friendly units by 30% and gain immunity to slow effects for 2 seconds.

[Added] Internal cooldown of 0.3 seconds after the passive effect is triggered.

Redesigned the hero model, art, avatar and some skin art resources for Yorn.

The New Year Version login and lobby music was composed by the Hexany team.

Adjusted the recovery range of the Altar and fixed the bug in which recovery is prevented in the corner of the Altar.

Fixed a bug in which jungle monsters exit combat due to incompatibility between the range before exiting combat of some jungle monster camps and the terrain of the map.

Fixed a bug in which Omen’s normal attacks lagged a little when his passive ability was triggered.

Fixed a bug in which Emily’s Ability 2 missed in certain situations.

Fixed an issue with the description of Annette’s Ability 1 (a maximum of 4 damage instances are dealt with the inner circle).

Fixed an issue with the description of Marja’s passive ability (normal attacks and abilities slow enemies when HP is full).

Fixed a bug in which Murad’s ultimate could be abnormally unlocked.

Fixed a bug in which the prompt icon of Peura’s passive displayed wrongly.

Fixed a bug in which the damage of Yorn’s Ability 2 did not trigger consecutively sometimes.

Fixed a bug in which the indicator of Tel’Annas’ Ability 2 did not match the actual range.