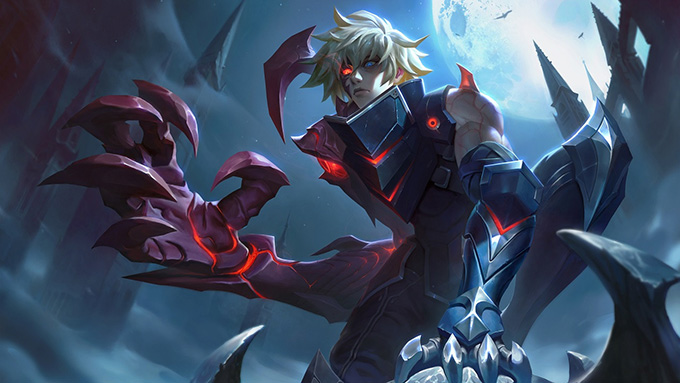 Errol gains a stack of Berserk (lasts 5 seconds, up to 5 stacks) each time his normal attacks or abilities hit an enemy. Each stack grants Errol movement speed, attack speed and life steal (effect reduced by 75% on non-heroes), but reduces his armor and magic defense.

Every 3rd normal attack, Errol will attack with his demonic arm and deal physical damage.

Errol turns into a phantom and dashes forward (he cannot be targeted while dashing) as his demon arm transforms into a scythe and sweeps, dealing physical damage to nearby enemies. 6% of HP lost is restored if an enemy hero is hit.

If Errol runs into an enemy hero while in phantom form, the target is immobilized for 0.5 seconds. Errol will immediately teleport to the other side of the target and attack with his scythe. Cooldown for this ability is reduced by 30% when this happens.

Errol’s demon arm transforms into an axe, attacking nearby enemies and dealing physical damage, as well as reducing their movement speed by 80% for 1 second. 12% of HP lost is restored if an enemy hero is hit.

When Berserk is at 5 stacks, using Boneshaver will consume all stacks, increasing both damage and healing effect by 50% and knocking enemies into the air for 1 seconds.

Errol leaps into the air for 2 seconds after a short pause, during which he cannot be targeted and movement is permitted. He deals physical damage to enemies in the target area every 0.5 seconds for 2 seconds. Each hit reduces the target’s armor (stackable) for 5 seconds.

After 2 seconds, Errol’s demonic arm transforms into a drill and deals physical damage to nearby enemies as he falls, also knocking them into the air for 0.75 seconds.

Errol needs to keep gaining stacks of Berserk to stay powerful, but players should also pay attention to his reduced defense. Make sure to use Boneshaver when Berserk is at maximum stacks.

Errol was a murderer.

At least, that was what all the evidence pointed to. And he went missing the night the victim died a sudden death.

Killing a comrade and going on the run. How could a young man so meek and gentle have committed a deed so foul?

Even if he was a Demon Hunter?

Several years ago, Errol and his brother Kent passed the Arcane Ordeals – Kent for the promised reward which would enable Errol to lead a better life, and Errol for the chance to remain with his brother, who was everything in the life of this timid child. And so he endured with surprising determination until the Ordeals came to an end. “This child’s soul is far stronger than his body,” wrote the mage overseeing the ritual.

And then Kent died, in front of Errol’s very own eyes. When the Abyss monster’s claws swiped at Errol, the older brother did his duty and put himself in the monster’s way. Kent’s magically-enhanced body was far tougher than the average man, but it was not invulnerable. With his own eyes Errol witnessed the vile claw tear his brother to shreds.

Always an introverted child, Errol became more isolated than ever after his brother’s death. The brothers’ comrades picked up Kent’s responsibility and took good care of Errol, and General Edmond of the Southern Legion treated him like his own son. Despite the counsel of those around him, however, Edmond could never let it go. He could not help but feel that he was responsible for Kent’s death.

This was more than survivor’s guilt – it was an instinct that came from his very soul. Every night when it was quiet and he was alone, he would hear a voice in his head, saying,

“Go! Leave this place, or you will be the death of all of them, and yourself as well…”

Tried as Errol did to hide his head in his blanket and ignore the voice, all it did was make the voice louder and clearer. Errol soon realized that the voice was a familiar one – more than familiar, in fact, for it was his own.

Errol kept the secret to himself. The only person that he truly trusted had left this world. And one day Errol himself would as well, passing into the world beyond where he would see his brother again. If anything, he was eager for that day to come quickly.

And so Errol stopped hiding from the world and stopped crying. In battle, the shy and timid boy was nowhere to be found; Errol began to fight with a passion and fury that bordered on madness, soon earning him the moniker “Errol the Crazy”.

In his manic fury, Errol showed little regard for rules or safety, often putting not just himself but his comrades in danger as well. And so Errol’s mentor Edmond acted before Errol destroyed himself, putting him in solitary confinement in the hope that the time off would allow him to clear his mind and come to his senses.

Edmond could not have known the torture this was to Errol. The voice tormented Errol in his confinement night and day. Indeed, one of the reasons Errol fought so hard was simply so that he could go to bed so tired that he would immediately fall asleep.

Errol did not blame Edmond. He knew Edmond did this to protect him and his comrades, and he was not blind to the kindness that the general had shown him since Kent’s death. It was one of the few things that Errol had left to hold on to – until he was released from confinement and received the crushing news that Edmond had passed away due to illness from overwork.

Errol went out of the camp to cry, only to be met with several soldiers that did not know him on his way back. The soldiers laughed at and ridiculed the scrawny kid with swollen eyes and tear marks on his cheeks all the way back, until they saw him walk into the Demon Hunters’ camp. No one in the Southern Legion was stupid enough to pick a fight with the Demon Hunters.

For his part, Errol did not respond to the soldiers’ words. He bowed his head and wallowed in his own sorrow. During his confinement he had resolved to tell the old general everything and bring closure to this plight. Now he had only the voice in his head to talk to when night fell.

“YOU killed him. And you will kill even more.”

“Why? Why did this happen? Am I cursed?” Errol pressed his trembling hands against his face.

“We carry something…something darker than darkness, more terrifying than terror. As long as it exists, it will continue to consume all life around us.”

“Wait, did you just say…we? Who on earth are you?”

“Me? I’m you, and you’re me!” The voice broke into a manic laughter.

“How do I break this curse? Tell me!”

Errol felt himself dozing off and suddenly found his right hand around his own neck in an iron grip. “What…what are you…” he lost consciousness before he could form the question. At that instant, his eyes opened wide, and they were crimson, savage.

That night, the soldiers that had laughed at Errol were found dead in their tents, with wounds that could only have been the work of a Dark Mage or Demon Hunter. The Demon Hunters had no choice but to send a force led by Riktor to pursue and capture Errol to face trial for his crimes.

The pursuers returned with the report that Errol resisted arrest and fell off a cliff in the fierce battle that followed. From the height of the cliff, there was virtually no chance that Errol could have survived. What they did not reveal were the changes that had occurred with Errol in both body and mind. The Demon Hunters would rather give their lives for the cause than to wait for the summons of death in a sunless prison cell.

As the war in the south raged on, this little incident was quickly forgotten. The name Errol would not resurface in Athanor until centuries later, when the Ghostwalker Hayate found an unconscious and badly-injured young man in a valley. The first words Errol spoke when he awoke were, 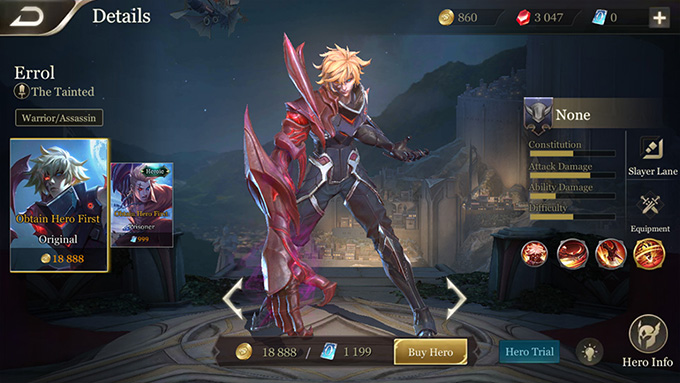 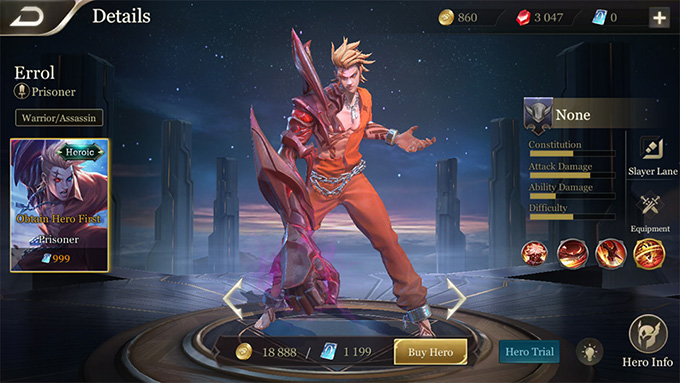 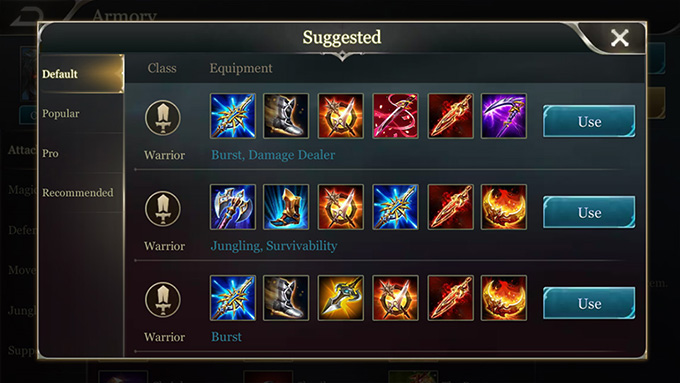 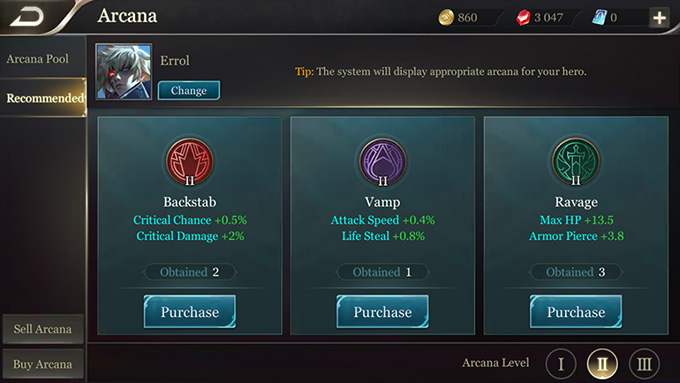 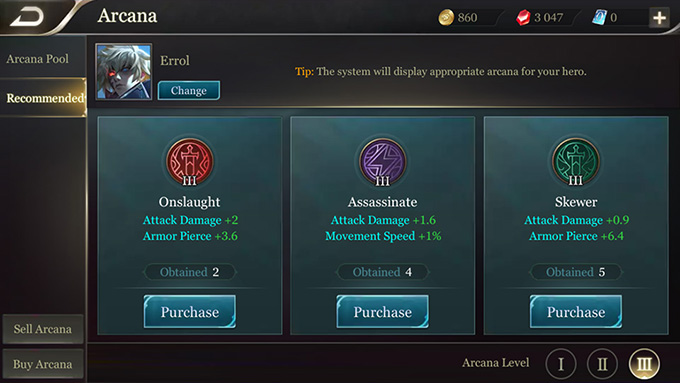