Paine’s abilities enhance his normal attack. His first attack can teleport him a short distance within 4 seconds.

Paine commands a fast-moving spirit of sound and instantly moves to the spirit’s location when effect ends or by tapping the ability again.

Paine deals damage to nearby enemies and inflicts Silence. Energy is restored if he is inside the circle when skill expires.

Paine has always enjoyed music from a young age. However, his sonorous appreciation isn't mundane or everyday, as he has always been accompanied by an undead background. Let's take a closer look at Paine's backstory in this video! pic.twitter.com/vilklUO5MO

Paine, who was under the spotlight, was deeply immersed in the music. With his eyes closed, he allowed his ears to pick up the quiver of every note. His baton danced to the rhythm in his mind, drawing beautiful lines in the air. His movements became more and more dramatic, inviting more “musicians” to join the grand ensemble.

The giant waves billowed, the fierce winds howled, the mighty earth split, and the merciless flames blazed… At this moment, Paine was a helmsman in the storm, directing the great ship of music to break through the barriers of waves and clouds, heading towards a promising future.

The spotlight went out, and the passionate symphony came to an abrupt end.

Paine turned his head and opened his eyes to look at the skeleton minion who had interrupted him – There was neither sorrow nor joy in its hollow eyes, only the “knocking” of its trembling bones that displayed its fear.

“There… there’s a letter for you.” The skeleton reached out with quivering hands, holding a roll of parchment.

Paine frowned. He could clearly see that the tan scroll bore the signature seal of Dirak the High Speaker.

Is there anything that can’t be said in person? Why bother writing a letter?

Taking the letter, Paine waved away the skeleton minion and the roomful of dead musicians – They ascended from their seats, several strands of blue light condensing into a single beam, turning from dark to bright, and then gradually fading into the darkness.

The magical lamp gradually lighted up.

There was only Paine left in the odeum.

No one knew when the baton in his hand had turned into a skeleton wand. With a flick of his wand, he awakened the magic power in his body with a mysterious spell, forming a blue mayfly which entered the golden seal on the letter.

The golden seal showed no sign of resistance, allowing the blue mayfly to devour it. As it disappeared, scribbles gradually surfaced on the parchment.

“His handwriting lives up to his reputation.” With an unspoken criticism, Paine held the parchment close to his eyes, trying to find out the meaning hidden in it.

At that moment, the black scribbles suddenly “came to life”: Words started to appear, dancing back and forth on the rough parchment, forming complex magical patterns.

Its outline resembled the face of a demon.

“No!” With a shudder, holding the letter in his right hand, Paine waved his blue skeleton wand once again. But the parchment floated into the air, and the demon’s face gave Paine a treacherous smile.

“A curse!” Paine completed the channelling of high order magic as quickly as possible. The surrounding magical elements started to form a vortex around him, turning the odeum into a vacuum with no trace of magic. Even the magical lamp used for lighting had lost its original brightness.

This was a forbidden spell from the dark arts, used against all casters.

“Cough, cough!” A rickety figure emerged from the green flames. “I was merely greeting you. Must you take it so seriously? You even used the forbidden spell. Are you not afraid that Dirak will come looking for you?!”

Paine’s mouth twitched, “Dirak will only reward me if it’s against you. What’s your purpose here? Stop beating around the bush, Lorion!”

The identified old man took off his hood and a pale face surfaced: “Over the years, we were driven out by the witches and had to go our separate ways. But now, the king has returned and is summoning his old army, so I’ve come here to seek your opinion on it.”

“Bah!” Paine’s face was disdainful. “When I joined the Magister’s Council, I completely cut my ties with the past! Go do whatever you want. I will show no mercy on the day I face you in battle! And you’re welcome to do the same!”

“You seem as determined as ever!” Lorion straightened up slowly, his sinister eyes glaring at Paine, and his voice was no longer hoarse, “But have you ever thought that you and them were never the same?! Especially with what you’re doing… What did you call them? Oh, the musicians. The musicians you play with, and the demons and minions you command around in your tower are so contradictory to Carano!”

“Your ability to sow discord is getting worse!” Paine raised his wand and pointed it at Lorion threateningly: “Now, get out of my tower immediately, or else…”

“Hahaha! One day, you will find that only the abyss is where we belong!” Lorion’s body began to fade until it was completely gone.

Silence returned to the odeum.

Paine was stunned. The parchment in his hand had been unsealed, and the scribbles were clearly visible under the light of the magical lamp.

What on earth actually happened? It was no ordinary illusion, and it felt like some sort of secret art against the spirits…

As the master of the undead, Paine was more sensitive to the changes of the spirits than any other. But it was also because of this that his position in the Magister’s Council had been very awkward. There were even a number of conservative wizards who openly challenged him.

Although many years have passed since the uprising against dark magic, the pain of having a companion who died in the hands of the dark wizards would continue to haunt the lives of many till the end.

“So that explains it…” Struggling through the letter, Paine finally understood why Dirak was so serious about it – This is a letter written by the High Speaker of the Magister’s Council, recommending Paine to take up his post at the Magic Academy.

Technically, the letter was not addressed to Paine alone. Its other addressee was Sephera, the Head of the Magic Academy, and one of the founders of the Magister’s Council.

“If you want to eliminate prejudice, start with the next generation!” As Paine digested the letter’s conclusion, he felt a little moved. He was almost certain that Sephera would not refuse the letter of recommendation.

However, he must take necessary measures.

For example, driving out the intruders outside who were disrupting Carano!

Paine, after recovering his senses from his visitor, discovered that Carano had fallen into chaos, and Dirak, the High Speaker, was at war with the invading enemies!

“War Spirits, come!” With Paine’s call, the blue spirits descended upon the odeum once again.

This time, instead of instruments, they were armed with sharp weapons!

At this moment, though still wearing the robe of a conductor, Paine displayed the majestic role of a commander! 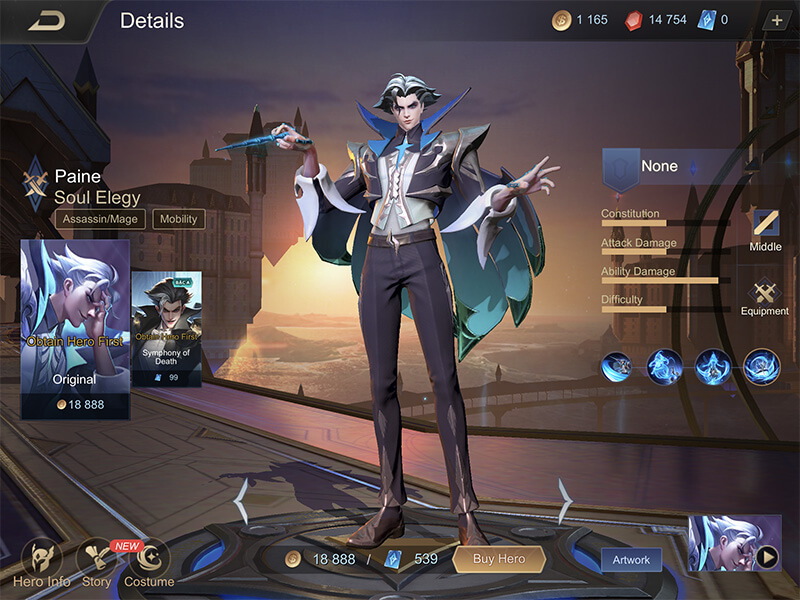 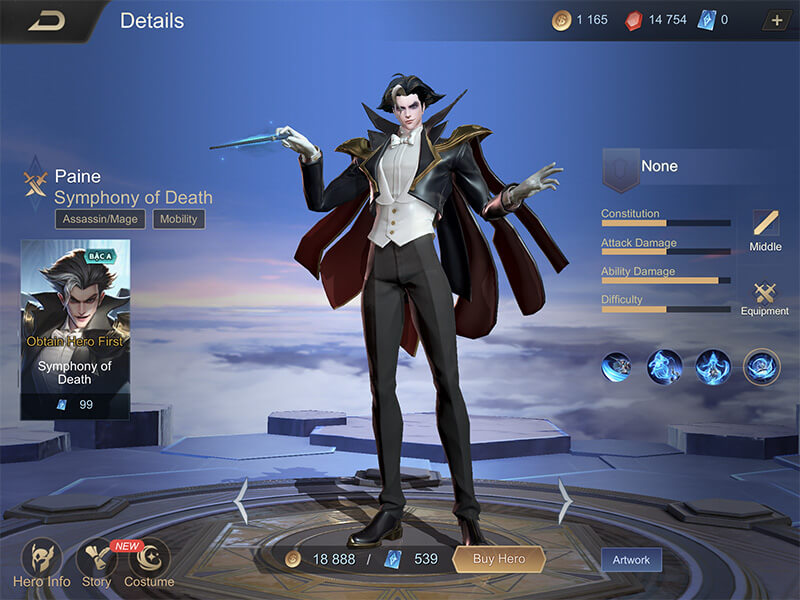 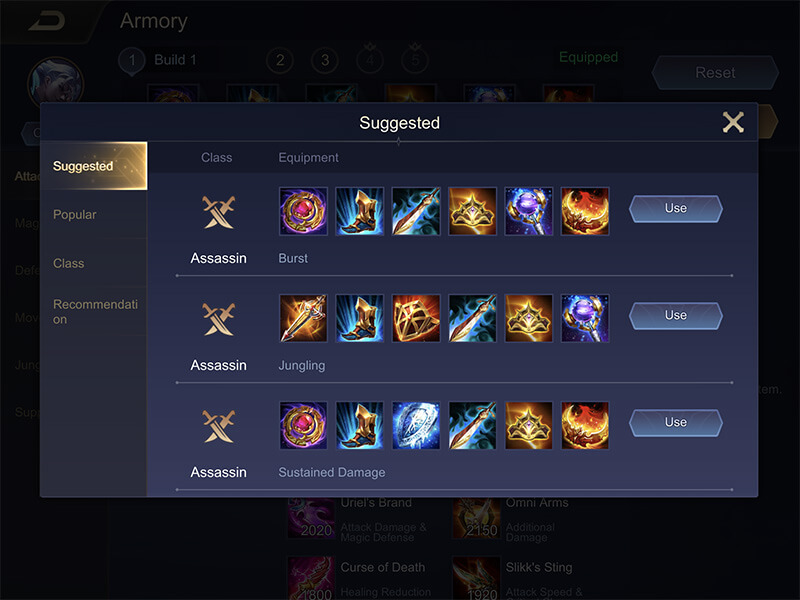 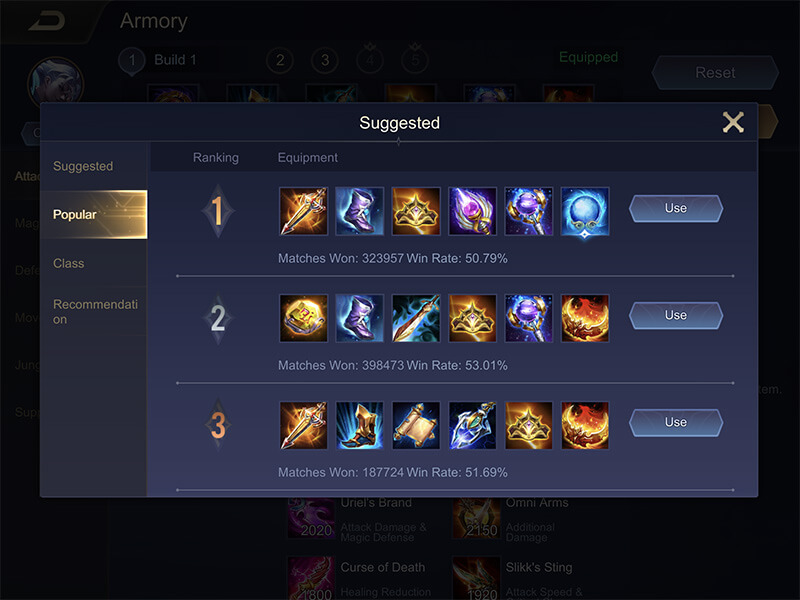 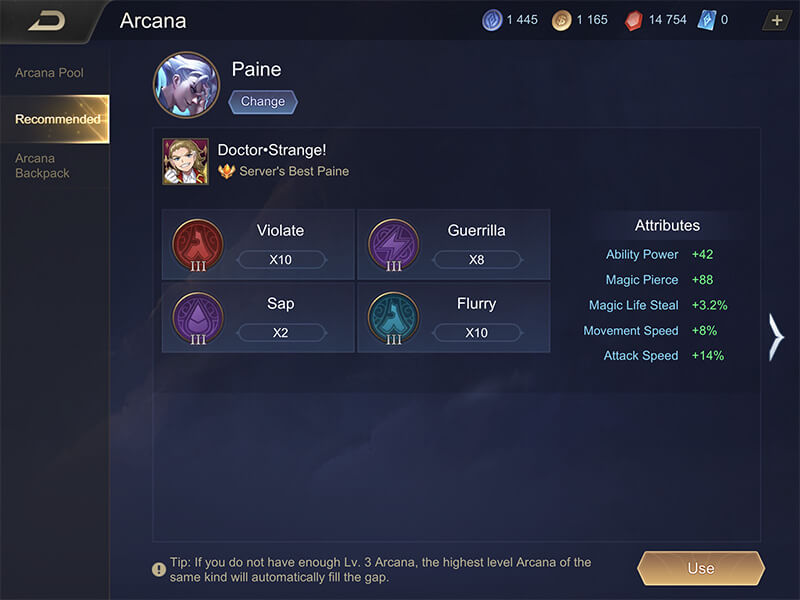 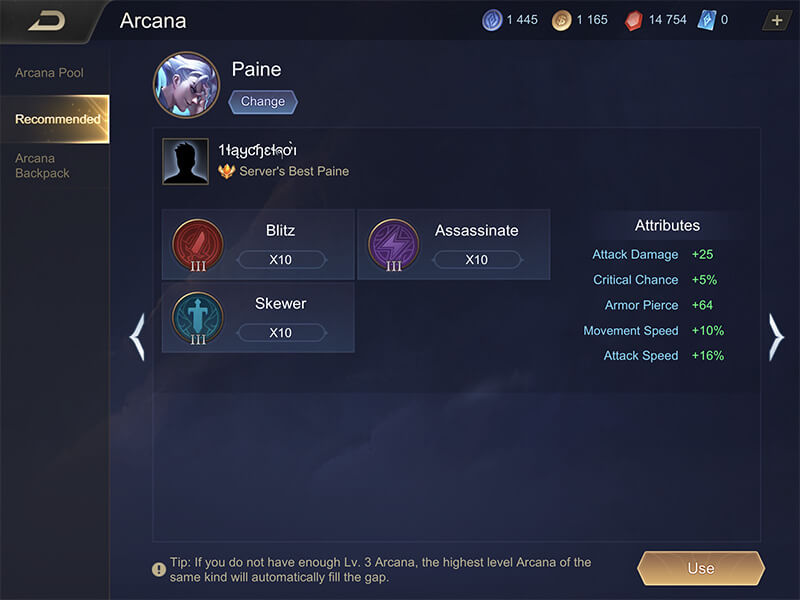 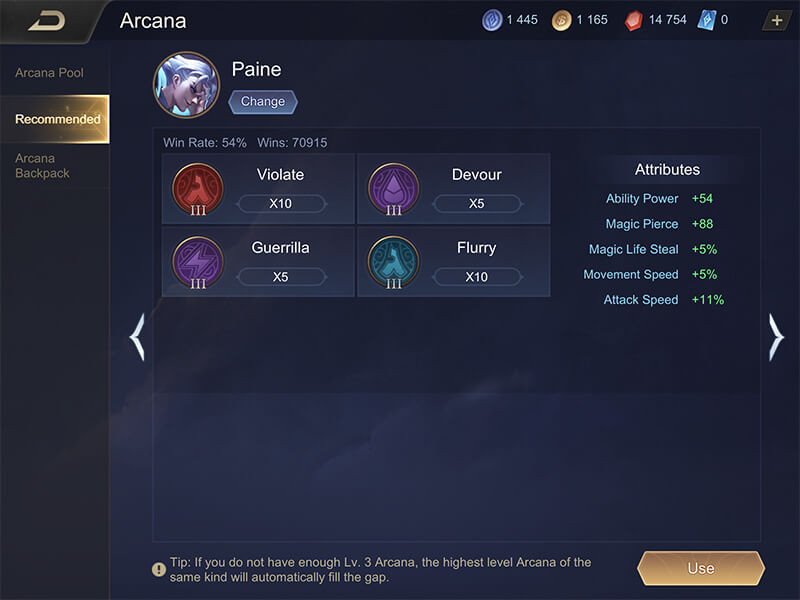 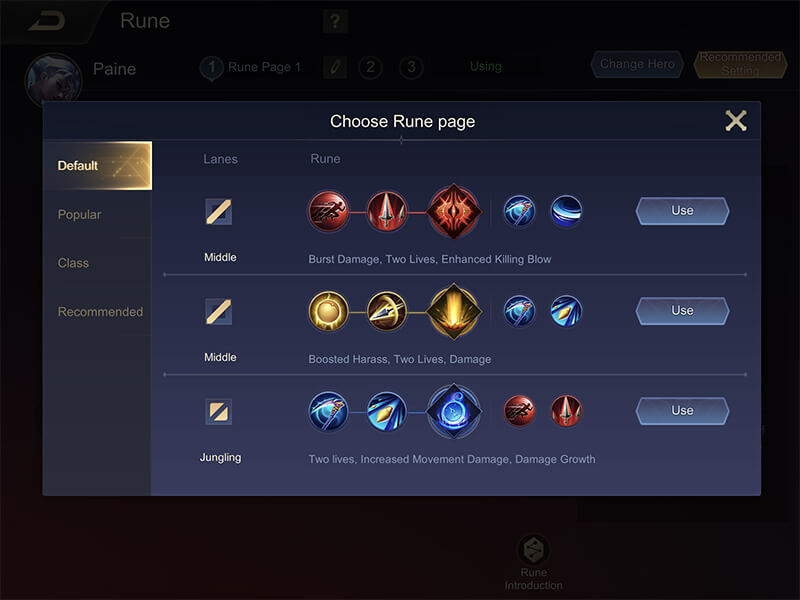 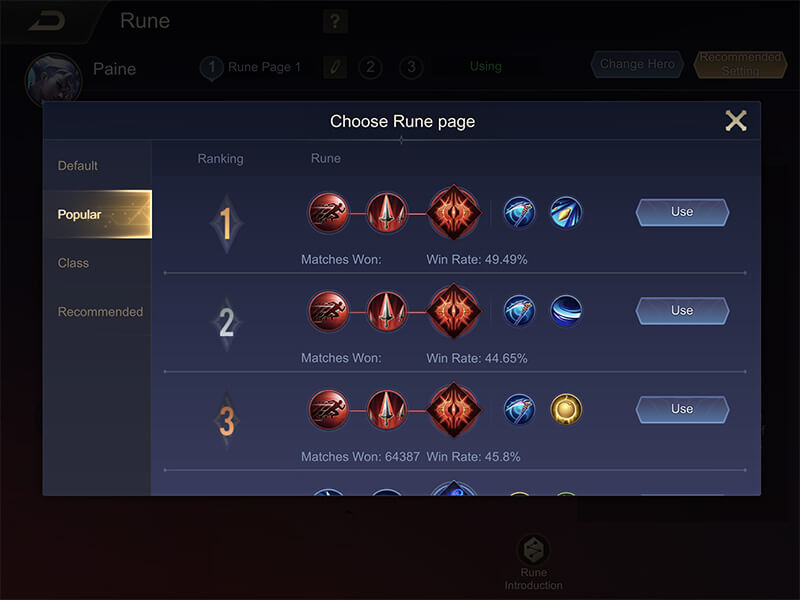 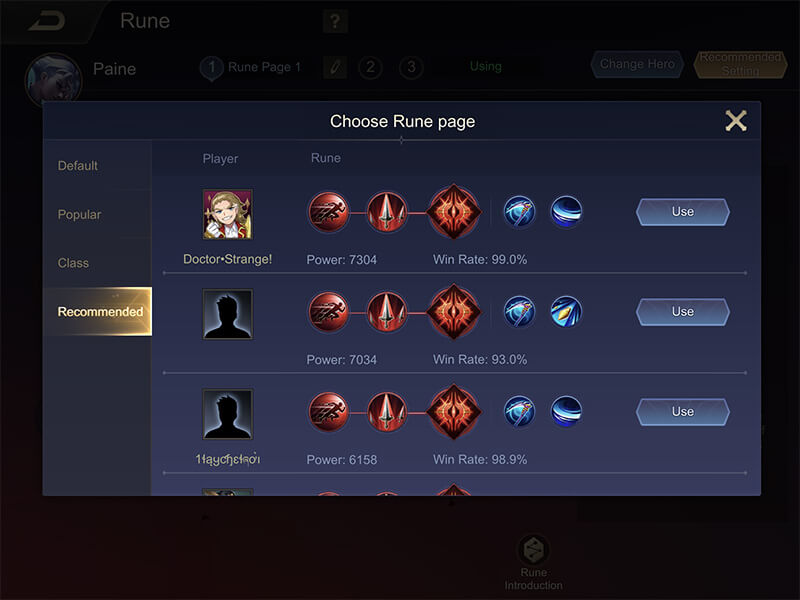