Tencent Games has announced the Arena of Valor next hero in EU server is Ryoma, the Ronin. Following are Ryoma abilities and story preview from SEA server. 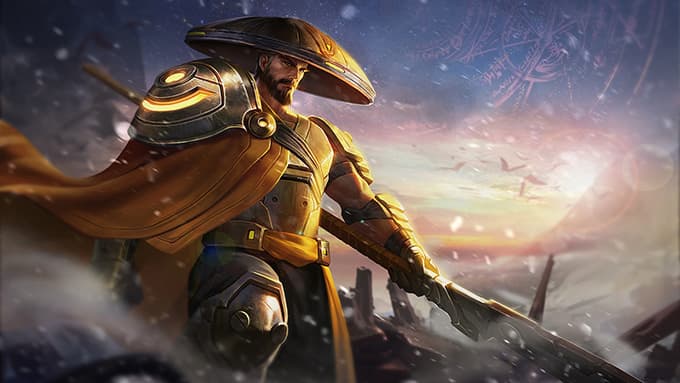 Keep a distance between Ryoma and his enemies to fully exploit his damage output. If you find yourself too close to your enemies use Pinwheel to open some space.

Naginatajutsu (Passive): Every 5 seconds, Ryoma’s next normal attack unleashes a shadow blade that has a longer range and deals physical damage and reduces enemy movement speed for 2 seconds. Enemies hit by the shadow blade at the outer border of the range will suffer an additional physical damage.

Pinwheel: Ryoma leaps backwards while extending his naginata, dealing physical damage to surrounding enemies. If Ryoma damages an enemy hero, then Pinwheel’s cooldown is reduced by 3 seconds. This effect is not stackable.

Wailing Blade: Ryoma unleashes a phantom blade that deals physical damage to the first enemy and 50% to subsequent enemies it hits. Enemies hit at the outer border of the ability’s range will be stunned for 1 second.

Spectral Ire: Ryoma furiously stabs with his naginata, inflicting up to 4 instances of damage on enemies. Every hit deals physical damage. For each stab that hits an enemy hero, Ryoma regains HP (no additional HP gained for hitting multiple enemies with one stab).

“Don’t dwell on the past. Instead, focus on the future.”

Ryoma’s father’s last words became his motto. As the heir of a samurai, Ryoma not only trained hard, he also studied military strategy. In a training camp where strength was valued above all else, he stood out among his peers. The other children were in the same predicament as Ryoma, their fathers killed in battle, they must pick up the mantle and continue to earn glory for their families.

Ryoma was timid when he was young. This, combined with his peculiar hobby of studying military tactics, made him an easy target for bullies. But Kondo always stood up for him. Kondo had studied under Ryoma’s father and wanted to repay the kindness that this family had shown him. With Kondo as his guide, Ryoma became a samurai like his father.

Their friendship did not last forever though, as orders from the military sent them their separate ways. The courageous Kondo was chosen to become the personal guard of the kingdom’s heir apparent, while one of the younger princes chose Ryoma for his cunning. Once close friends, the fiercely loyal duo were now rivals serving their princes. Ryoma would never have guessed that this would eventually turn them into enemies.

After some time, the aging king passed away while dealing with enemies outside of the kingdom. The princes, both well-trained in the ways of the court, quickly turned on one another. Ryoma, now the chief military strategist for the younger prince, swiftly led the prince’s army to several decisive victories. The elder prince, running out of options, concocted a dangerous plan to send Kondo’s death squad to assassinate the younger prince.

The plan appeared to be successful as the squad managed to reach their final destination without running into any resistance. Ryoma had anticipated this move from the elder prince, but was surprised to run into Kondo and drew a blank. Kondo and his squad took advantage of the momentary lapse and sliced through Ryoma’s defenses effortlessly.

By the time Ryoma regained his focus, he could hear the young prince’s screams as his father’s words reverberated in his mind. There was no need to hold onto the past, and at that moment, he decided to give everything.

Sword in hand, Ryoma sliced through every single soldier that dared come near the prince. It was Kondo’s turn to be surprised, but he had no choice but to press on. Kondo’s attacks became more frantic and deadly as he taunted Ryoma. The duel ended when both launched one final attack. Ryoma buried his sword into Kondo’s chest, but Kondo’s blade had stopped at the last second, inches from Ryoma’s throat.

“Why?” Ryoma was confused. “I was always an orphan,” said Kondo, “I never had anyone other than you and my teacher. He’d be proud of y…” Before Kondo could finish his sentence, Ryoma burst into tears.

After burying Kondo, Ryoma snapped his blade in half and buried it with Kondo. He vowed to never again use his right hand, the hand that killed Kondo. He picked up Kondo’s blade and walked away.

“Glory and honor? The samurai code? That’s none of my business. From here on, Ryoma and Kondo are one, and we will start a new life.” 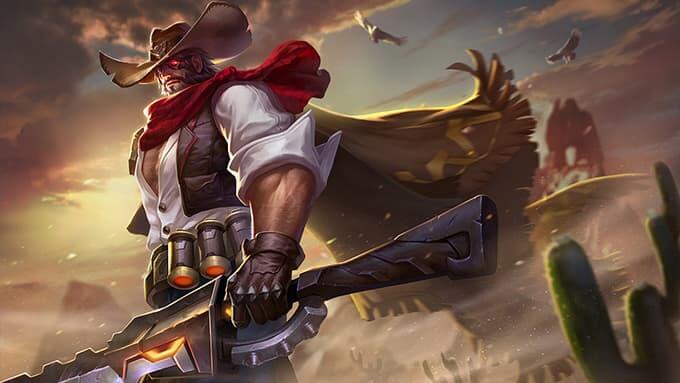