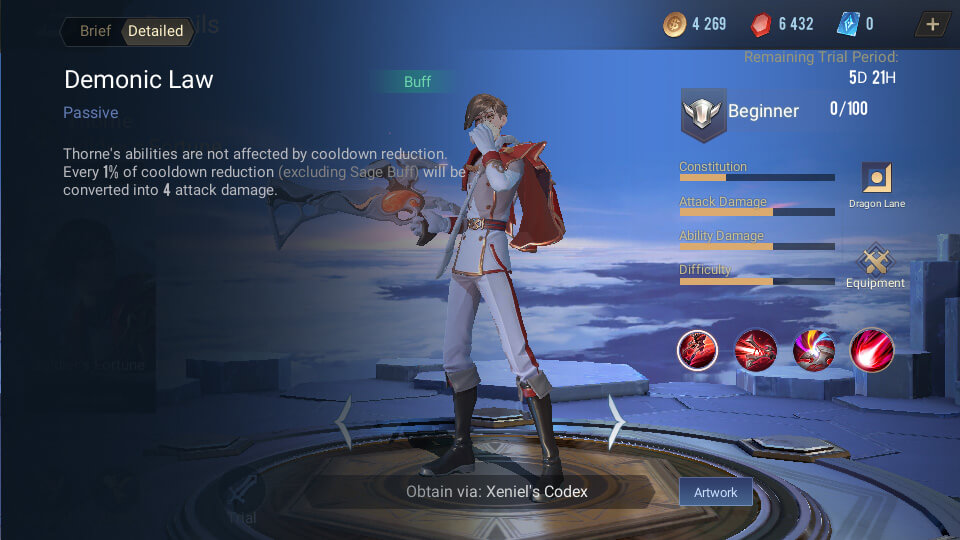 Thorne chooses one of his three magical bullets to boost his next normal attack.

Blue: Reduces the cooldown of the second and third abilities. 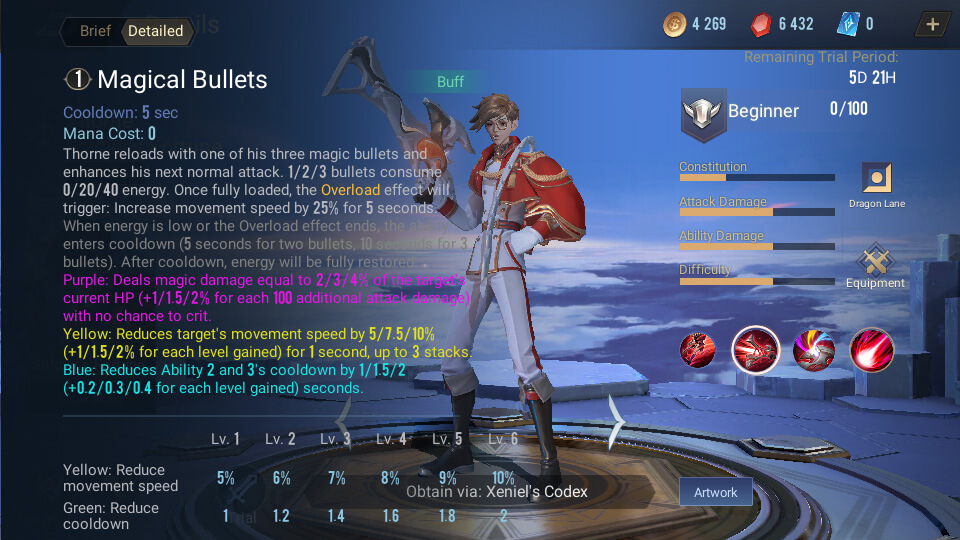 Thorne quickly moves in the target direction, enhancing his next Magic Bullet attack: additional effects are changed, and no energy is expended.

Purple: Deals true damage according to the target’s HP lost. 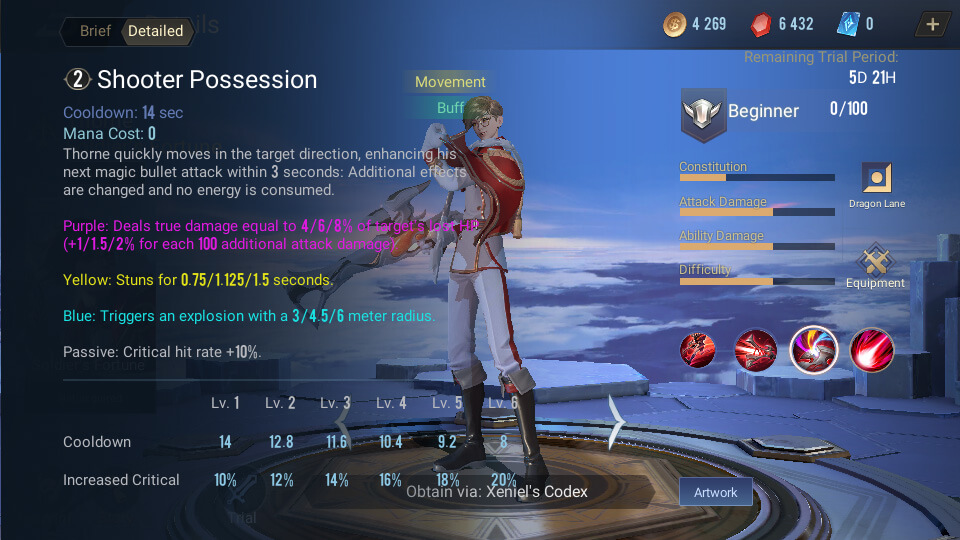 Thorne uses demonic energies to accumulate energy, dealing physical damage after 1 second to enemies in the range of a huge rectangle. 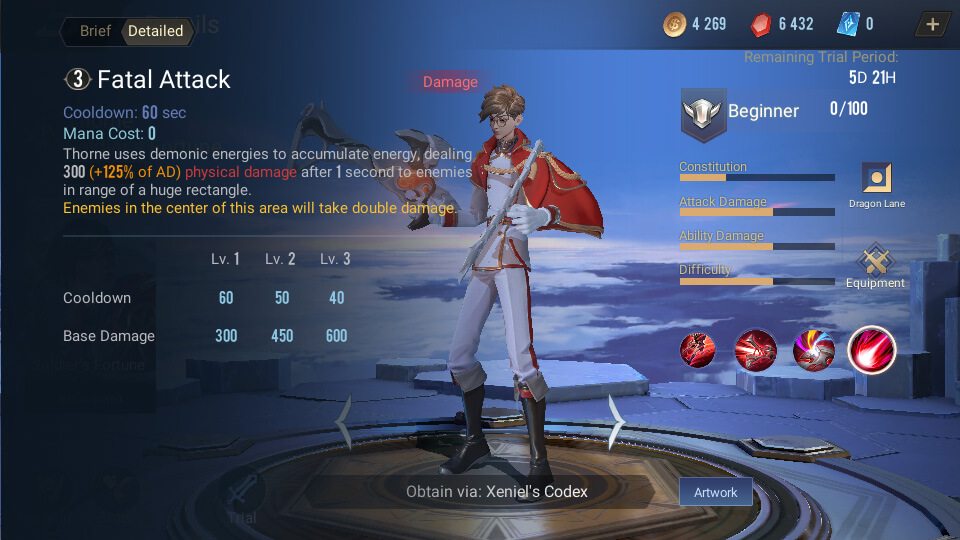 Thorne was born to a wealthy, prominent family in Kazell. A good family, extensive education, and a healthy dose of natural talent combined so that Thorne excelled at an early age.

But this young prodigy had a secret, one he learned from his parents on his sixth birthday.

Both of them confirmed that they were high-ranking members of an organization called the Shadow Hand.

Of course, even before that conversation, Thorne had suspected something. The air of secrecy in the house, the mysterious guests coming to call, and his parents’ bloody stories of humans being slaughtered by other races were all too much not to notice.

Naturally, Thorne followed in his parents’ footsteps, and under their guidance, he joined the Shadow Hand. He rigorously studied the organization’s tenets and was even allowed to perform important duties.

But as Thorne learned more about the Shadow Hand, he started to doubt the organization and its methods.

The Shadow Hand was prestigious, and its wealth and power inspiring, but Thorne did not believe that that was enough to achieve its lofty goal.

Faced with certain failure, Thorne considered the possibility of leaving the organization. After looking at the problem from every possible angle, however, he gave up on the plan. The Shadow Hand does not allow traitors to live, and all the power Thorne had was derived from his parents. He had no way of going up against such a leviathan.

Conflicted in his mind, he isolated himself within the organization.

His day-to-day performance remained outstanding, for his clever mind could solve any problem. At the same time, however, he began to amass power behind the scenes. He developed an underground information network that was associated with the Shadow Hand but loyal to him alone. In the Abyssal laboratories of the Shadow Hand, he found a living piece of an Abyssal demon. After awakening it and forging a contract with it, he became the master of the Demon Gun—a strange-looking magical firearm.

Years later, thanks to the Demon Gun and his ever-growing information network, Thorne has assumed a false identity and become an active player in Kazell’s underworld. No one knows that this rising power is only an underage student. 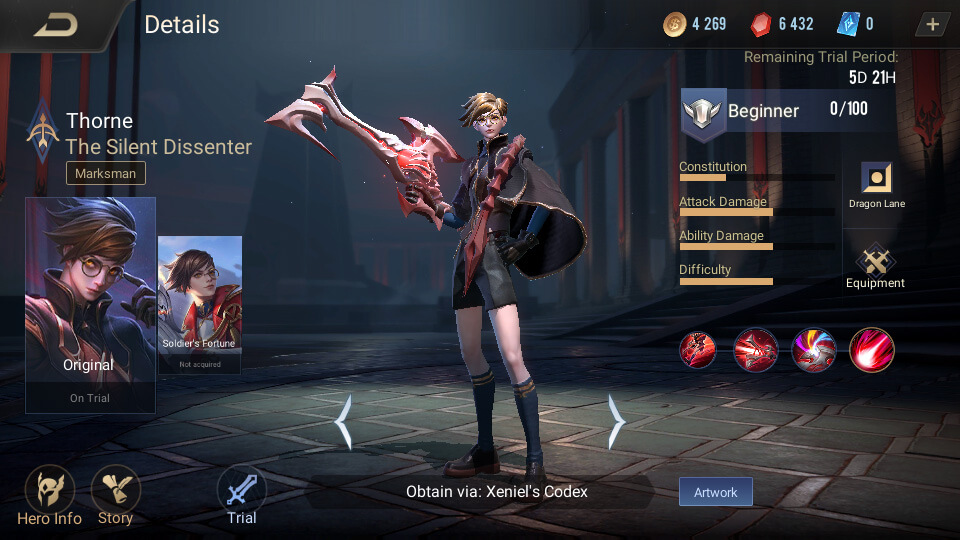 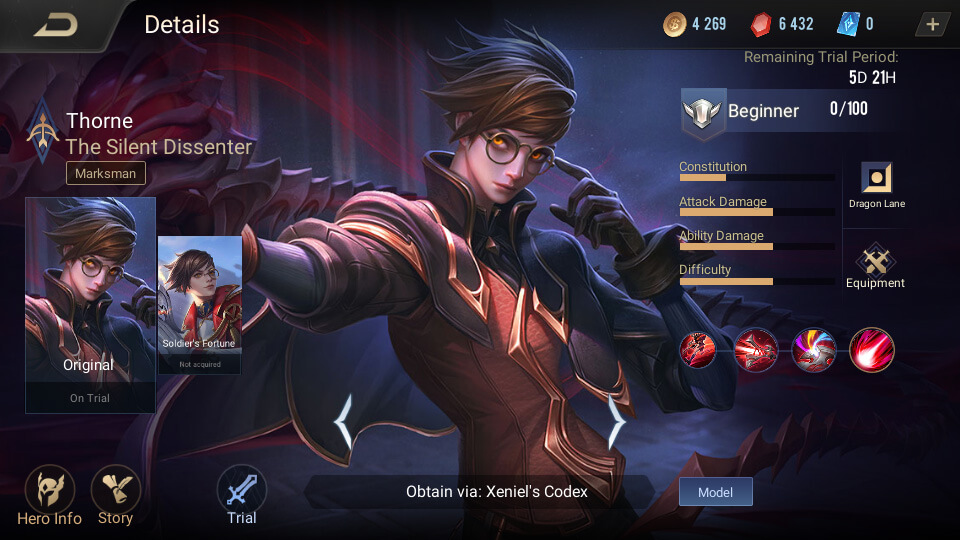 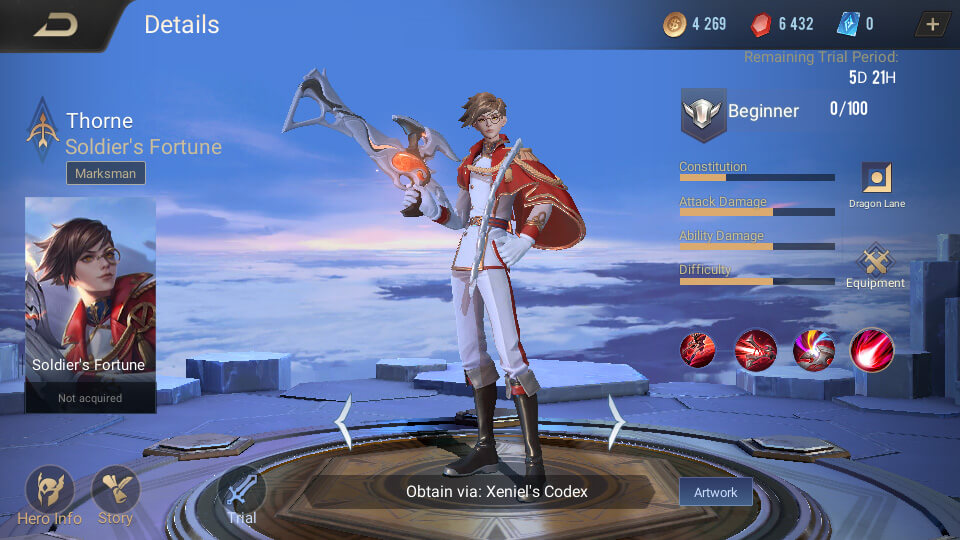 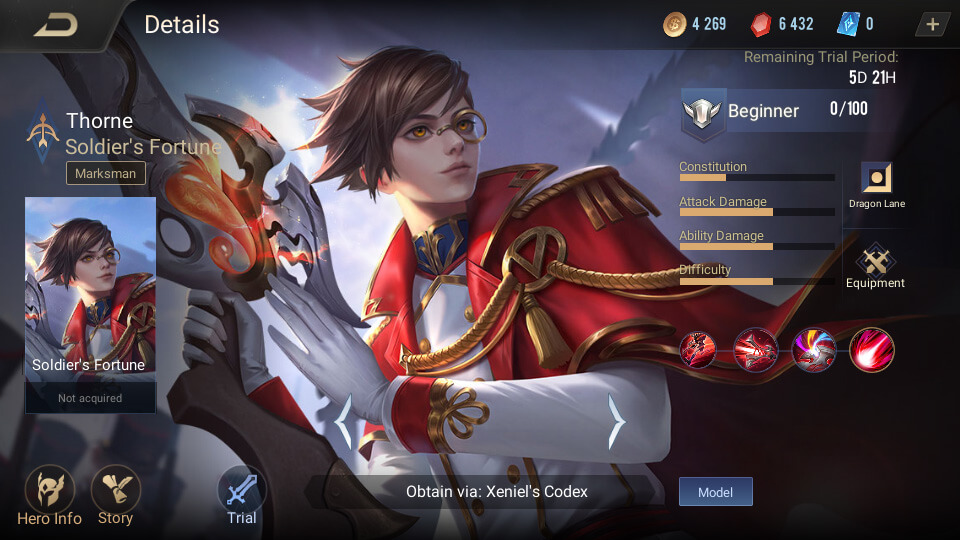 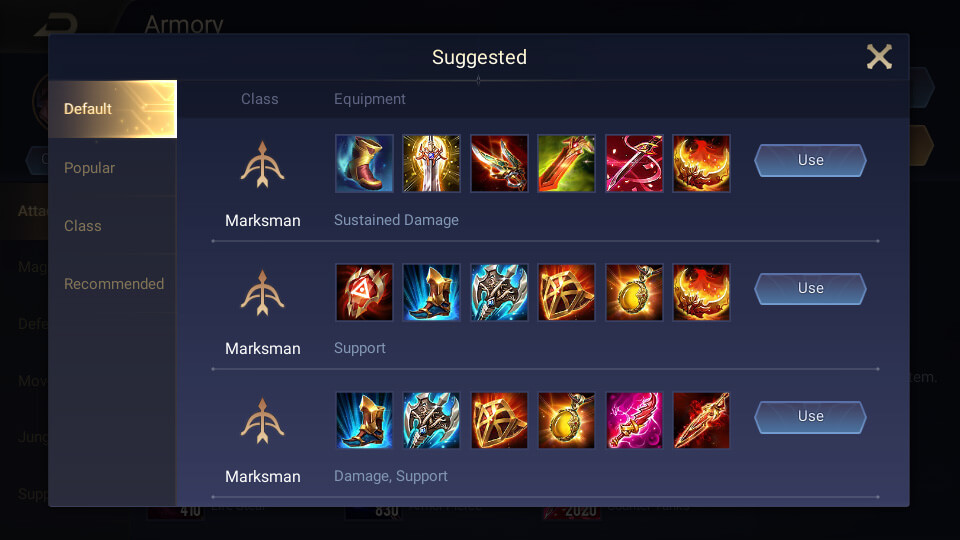 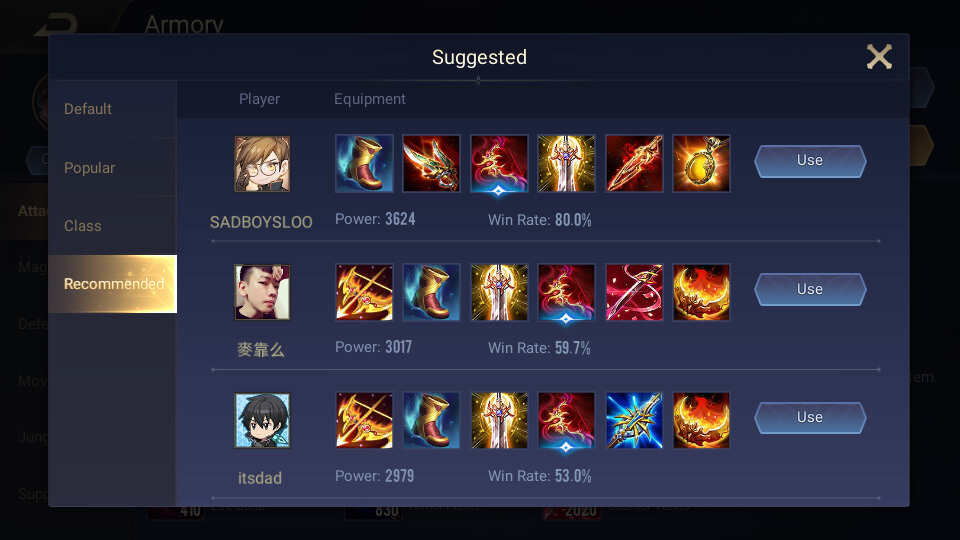 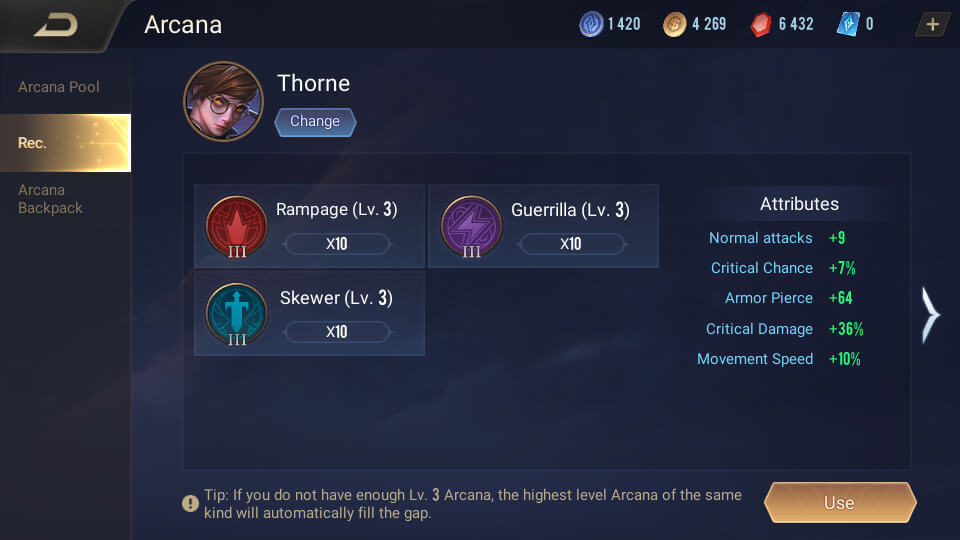 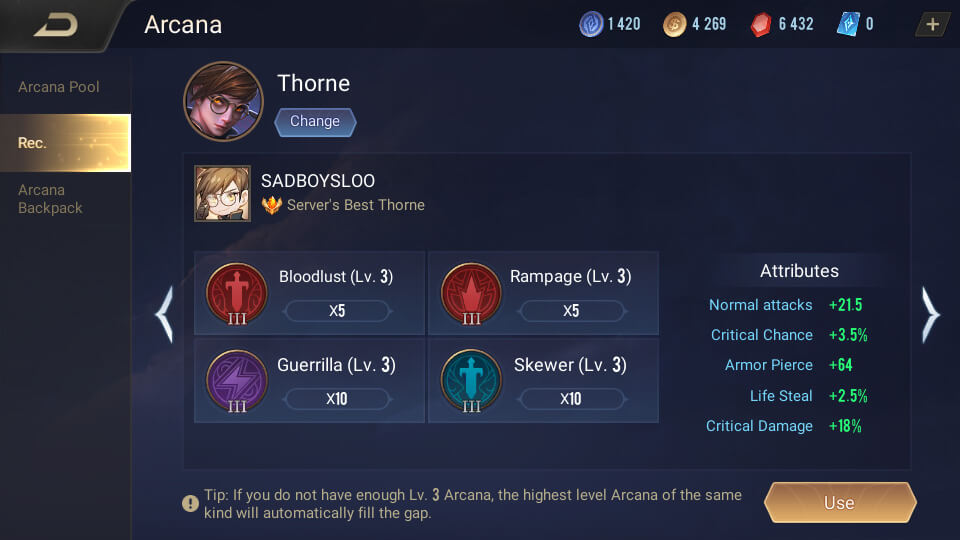 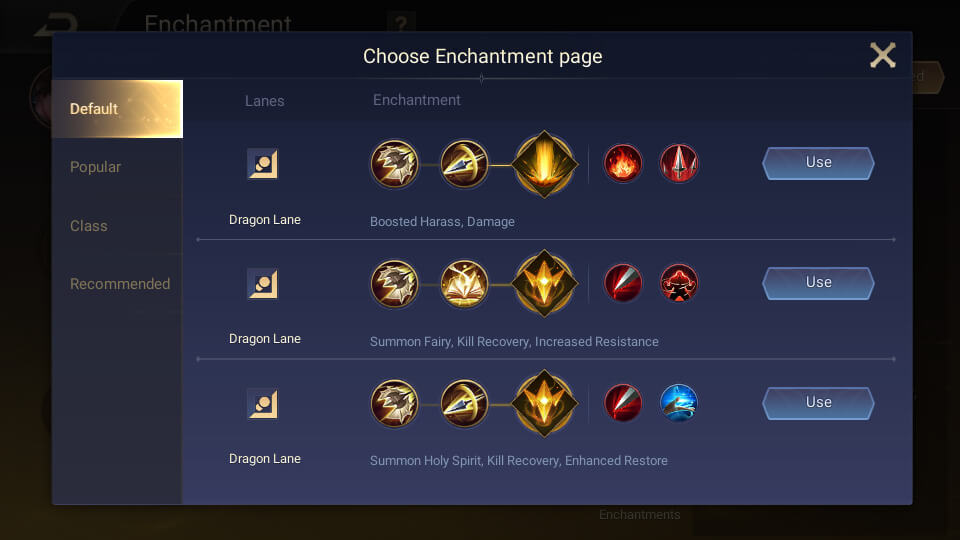 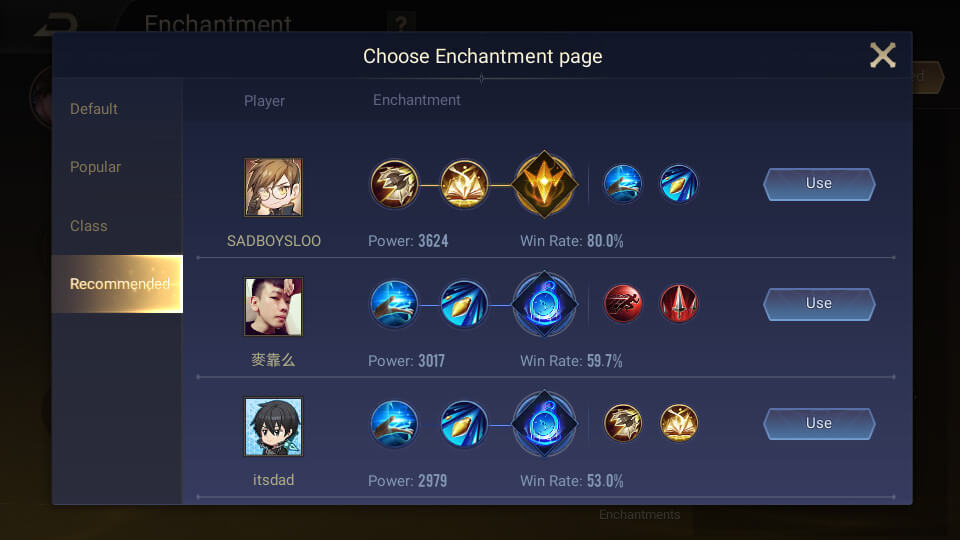